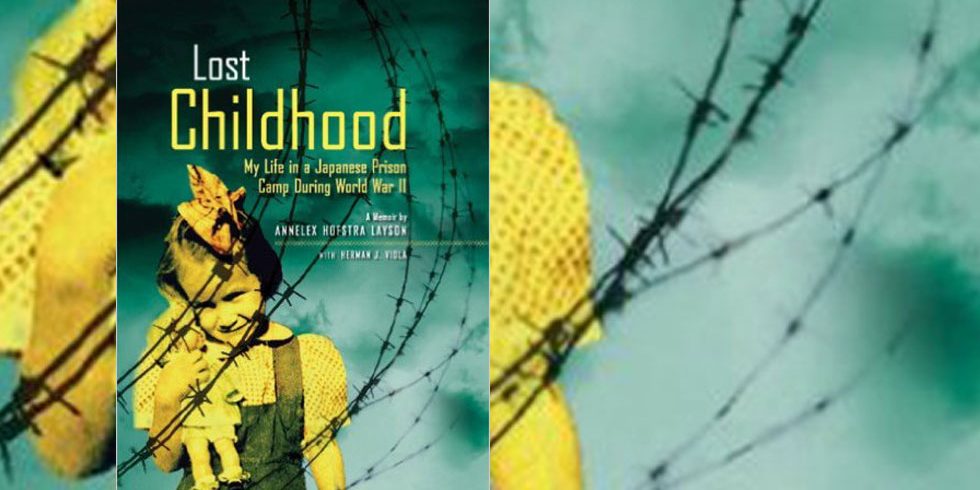 I was researching books written in English about the Japanese prison or internment camps in the former Dutch East Indies, now Indonesia, when I found Annelex Hofstra Layson’s autobiography Lost Childhood: My Life in a Japanese Prison Camp During World War II. I was intrigued because it was—so far—the only one that targeted a younger, middle school aged audience. I was surprised to read that Annelex had been in several of the same camps I had been in with my mother and baby brother (specifically Surabaya, Gedangan and Halmaheira). Annelex is a bit younger than I, but she still remembers a lot.

The book starts with her peaceful life, in 1941 before the Pearl Harbor attack, in Surabaya where she lived with her father a navy pilot, mother, older brother, grandmother, and servants. When the Japanese invaded, her father was sent away on a mission. Soon after, they were evicted from their home and sent to prison camps in Surabaya, Gedangan, Halmaheira, and Semarang. As a little girl she did not understand why her pretty childhood was disturbed for four and a half years. Her older brother was separated from the family and brought to an all male camp. She describes the horrors of camp life in clear and vivid details. For example, she notes the lack of food and alternative foods like cats, other small animals, and vermin. She describes the punishments of women that did not obey or stole vegetables from the Japanese soldiers, in addition to the rampant diseases, the sick, and steps for taking care of the deceased.

Annelx illustrates the short moment of freedom after the capitulation, immediately followed by another war. The book follows the uprising of local Indonesian youth armed by the Japanese forces and the murder of POWs. I gave this book to my oldest grandson, who had asked me about the camps in the Dutch East Indies, because he was writing a high school project about it. My other grandchildren will eventually receive this book, as well a short intro from me.

On a personal note:

“When I read the book about the sufferings and courage of her mother, it reminded me that my mother and all mothers were the greatest heroes and victims of all. They were the ones who gave us children the reassurance to continue to live! Besides that, they also worried about the children taken away from them and their husbands. We, as children, didn’t have to take care of the family although we did our bit. My mother told me that I had saved her from dying one time. We were younger and I sometimes better adapt to these situations because we didn’t think like adults! I personally thought that I could not afford losing my mother, because orphan children are more vulnerable.” 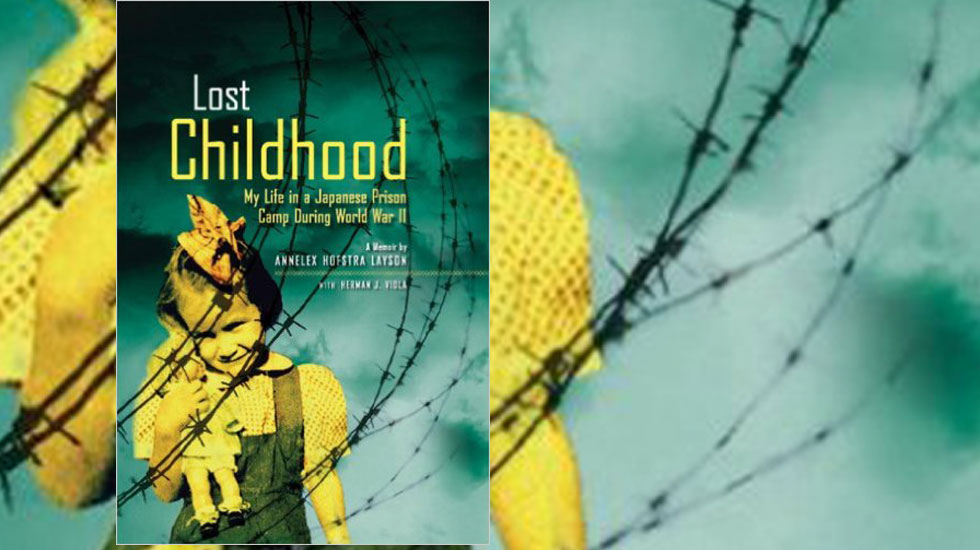