During WWIIMilitaryStoriesWitness to the War 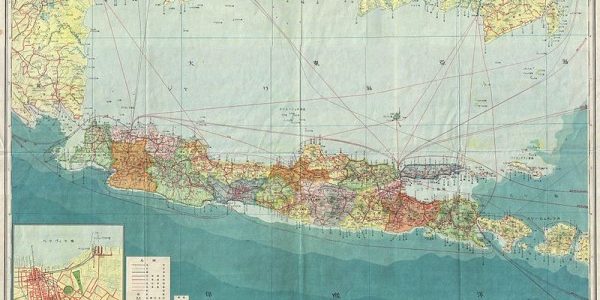 Winds of change were unmistakably headed for my homeland, the island nation of the former Dutch East Indies.  They came foreshadowed by foreboding events.  The Netherlands, our fatherland, fell victim to the unbridled war of the expansion of Hitler’s Third Reich in May 1940.

Japan’s sneak attack on Pearl Harbor in December of 1941 served as a clear and ominous omen that war was heading closer to home.  The infamous attack on the USA was the defining moment that got us into an unavoidable war with the Land of the Rising Sun.  We were trapped in the widening conflict in the Pacific.  WWII and the unanticipated violence in its wake, known as the bersiap period,  would forever change my world.  I was 10 years old when it all began. 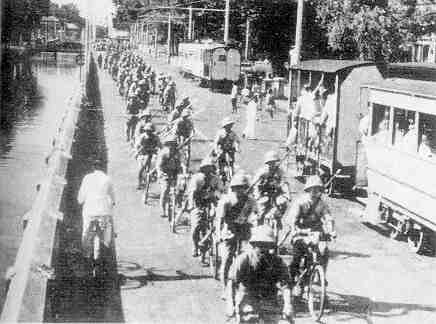 March 1942.  Ill at ease but curious, I mingled with the crowd that had lined the highway to watch a seemingly endless column of Japanese troops pass through our small town of Lawang on East Java.  Conscious of my fair skin, I tried to keep a low profile.  Feeling uncomfortable and detached from the crowd, my discomfort increased as the sun-scorched asphalt roasted my bare feet.  Right in front of me, Japanese soldiers in troop carriers, in armored and supply vehicles, on foot, and incredibly on bicycles, were on their way to the inland city of Malang from the coastal city of Surabaya where they presumably had come ashore.

You could tell the officers from the lower ranks by their epaulets and samurai swords.  Altogether, the invasion forces displayed an impressive military presence orchestrated by the Imperial Japanese Army.  Their overwhelming military might had in an unstoppable assault, conquered the Indonesian archipelago three months after the attack on Pearl Harbor.

Too young to grasp the significance or outcome of the unfolding scene, I was bewildered and anxious for I did not have a clue how all of this would play out and affect me and my family.

An enthusiastic, predominantly indigenous crowd turned out in big numbers to welcome the conquerors.  Many individuals possessed and waved Japanese flags while others cheered and applauded the troops that were moving along the highway.  Some of the soldiers returned the throng’s cheers with waves and smiles.  It looked to me as if everybody hailed them as liberators.

Feeling out of place in the midst of a virtual celebration, I found myself on a different page from those around me.  What I did have in common with the enthusiastic crowd was that we all were witnessing the end of Dutch rule.

I clearly belonged with the minority on the other side of the ethnic and political divide.  It was much later that I saw the crowd’s sentiments from a more seasoned perspective.  It was, when I understood that if not for destiny, I could well have been there with them sharing their festive mood.

There was a strict ban on listening to short wave radio immediately after the Japanese invasion.  My father managed to rig the circuitry of our radio in a way that enabled him to listen to short wave news broadcasts from our allies in spite of the disabled short wave radio ban imposed by the new rulers.  My sister Poppedijn and I were designated as look-outs behind curtains at strategic windows of darkened rooms while Dad did his clandestine listening.  We were not thrilled with our assignment.

Editor’s note:   This is an excerpt from Maartien’s memoir “Snapshots”.