Why the Indische Kwestie Won’t Go Away: Meet Peggy Stein 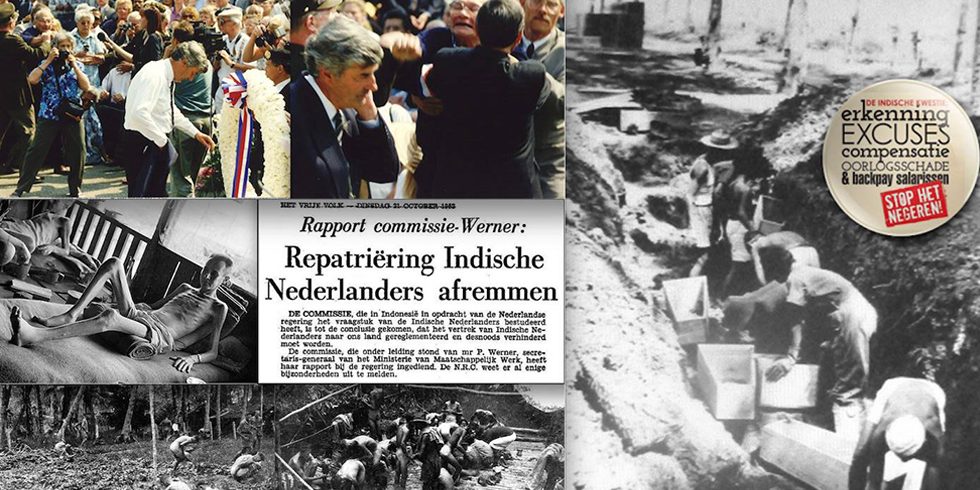 The Eurovision Song Contest can be a blessing and a curse… For the Netherlands, this has always been a mixed bag: Some years we’re required to sing in Dutch (which means we have a (much) bigger chance of losing as Dutch doesn’t sound as romantic or sexy as French) and when we are in fact allowed to sing in English, the Netherlands just may have an odd song choice. So singing at Eurovision involves huge career risks and especially so when you come from the Netherlands.

Enter Sandra Reemer, everyone’s favorite Dutch Indo who didn’t compete once but no less than three times. I have mixed feelings just writing this sentence down, because it plays into colonial stereotypes that bother me, as in the Dutch using Indos to clean up their messes in the Dutch East Indies. Also, Sandra’s courage to represent the Netherlands, in spite of what this might do to her career, shows a courage and love of country that may also be typical of Indos, yet doesn’t get recognized by her fellow Dutchmen.

The story gets worse. When Sandra died recently, and much too young, obituaries in Dutch newspapers were all too keen on mentioning the fact that TV celebrity Jos Brink used the “endearing” term “kroepoekje” when referring to his assistant, Reemer, who didn’t take offense, even though many TV-viewers wrote angry letters. For Dutch newspapers to commemorate this particular fact about Sandra, her impressive career and her fight for Indo rights… well, what can I say? The Netherlands has a lot of catching up to do. And when people don’t do their job on this front, who will?

Enter Peggy Stein. No… meet Peggy Stein and when you meet her, you can’t help but be mesmerized because on her shoulders rests a heavy burden of a debt and story so large that it will make your head spin.

Some of you may remember our editorial series on the Indische Kwestie, a long drawn-out affair of how the Dutch government hasn’t come clean with regard to war reparations/damages and recognition when it comes to the Indo-Dutch community. The Backpay arrangement of 2015 was a beginning, but as Peggy noted: “we demand continuation”, even though the Dutch government may have thought that this closed the door on a 70-year-old debt once and for all.

What’s so utterly refreshing about Peggy is the fire in her belly, her experience in business and government, and a new vision, which is a departure of the Indisch Platform and business as usual.

The Indische Kwestie is the proverbial can that got kicked down the road by successive Dutch Cabinets, but Peggy, once part of the Indisch Platform, has become the figurehead of what still needs to be done. As a matter of fact, she reminds me of the defiant girl statue weathering the storm (i.e. The Wall Street Bull: business as usual?) in front of the New York stock exchange, and it is no coincidence, as Peggy observed herself, that women like herself (and our very own Priscilla) have stood up to carry on the flame where many (read: a majority of men) have dropped the ball.

We truly are entering a post-colonial, post-patriarchal era with a major “reset” as in an Indisch Platform/Indische Kwestie 2.0 which should be a synergy of interests and groups, embracing a wide (and world) vision that doesn’t emphasize the totok side of things, or merely an Indo perspective: The essential injustices and experiences (the war, decolonization and forced migration to the Netherlands) were the same for many families, whether you were Chinese, Indo or Dutch, The goal (recognition, apology, backpay and the compensation for war damages) is the same, too, across the board. Yet the striving after that goal and the way to get there have been messy, political, obstructionist and frustrating, which makes this a herculean task as it spills over into the 21st century.

Peggy’s journey began with that of her parents, and her mother in particular: her mother brought the Indo-Dutch community together through parties and events to soften the blow of the trauma this community had been through. When Peggy’s mom died, the attendance at her funeral was so overwhelming that it became clear that Peggy’s mom had also been fighting behind the scenes, supporting people who were dealing with Pelita and other organizations.

Peggy herself burst upon the scene when, in 2011, the Indische Kwestie was declared dead by the government. This triggered not only an emergency meeting in de Tweede Kamer (Parliament) but also a “stille tocht” (silent protest march), as well as an action/work group within the Indisch Platform (which, until then, had accomplished very little).

Out of this came the Backpay Arrangement of 2015 (see earlier articles on the Indische Kwestie).

But the case is not closed, for Peggy has started an archive, talks to the first generation and families and went on a quest for more information and revelation. She has developed mandates as well as suggestions as to how the Dutch government and (former) shareholders can come together to resolve this matter in a graceful, just and appropriate way.

We talked for more than four hours and there’s much too much to go into here, but I will say this, as a creative, networker and Influential, Peggy endows the Indische Kwestie with a new flair and vision that has been missing for most of the twentieth century every time the Indische Kwestie was brought up by the different stakeholders. I encourage all of you to join her mission and Facebook group, the Indische Kwestie: https://www.facebook.com/groups/684839725027229/ 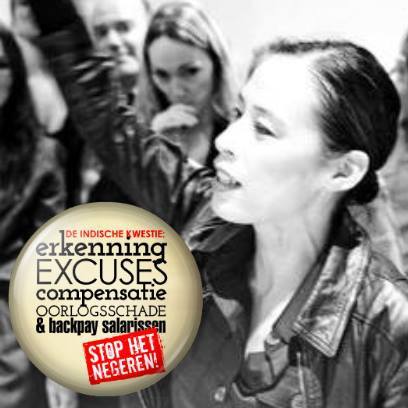