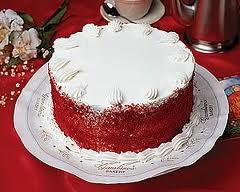 LITTLE MOMENTS OF HUMANITY AT WARTIME

Although this incident happened a lifetime ago in the Second World War in South East Asia, it still lingers in my memory.  It took place in the months before our family was torn apart and put in different Japanese concentration camps on Java Island, Indonesia.

My father was moving his own family and two other families with young children around in the city of Bandoeng in order to evade capture by the occupying Japanese troops which had invaded these former Dutch colonies since March 1942.

I vaguely remember the three or maybe four houses we lived in for short periods of time. They all had primitive underground shelters in the backyards where we took refuge when the bombing raids started.

Until this  very day I still get an uncomfortable feeling when I hear airplanes flying overhead.

It was late at night when my parents heard a loud banging on the front door of one of these homes. When they opened the door they saw a lone young Japanese soldier who apparently had somehow been injured. Blood covered his face and hands. He was let in and treated for his injuries.

The only possible communication was by gestures and the  guttural sounds coming from the soldier. It became apparent that he  had an accident and had fallen off his bicycle in front of our house. He appeared drunk and  probably had one bottle of sake too many.

He then started to ask for something, putting his two hands in front of his face while  repeatedly uttering the same Japanese word.

After some guess work it turned out that he wanted to have a mirror to look at his face.

On his way out, he walked by the room where all six of us children were fast asleep on the floor. He paused to look at this peaceful scene. He seemed moved by this sight, then turned around abruptly and left.

The next day he returned to the house, this time driving a car, most likely recently confiscated from another Dutch family. He was carrying a large cake  inside and gestured  with a smile  that it was for the children of the house where he had received some kindness the night before.

Editor’s Note:   For all you readers out there, have you heard a similar story of humanity during wartime between the enemy and those in captivity ?  Have you yourself witnessed this in war ?  Do you think it’s possible for opposing sides to connect on a human level ?