Too Late to Ask Is Worse Than Afraid to Ask. 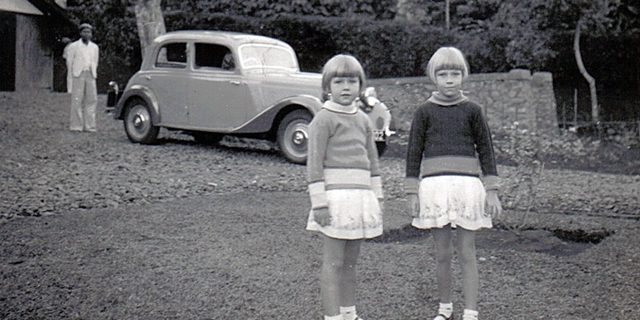 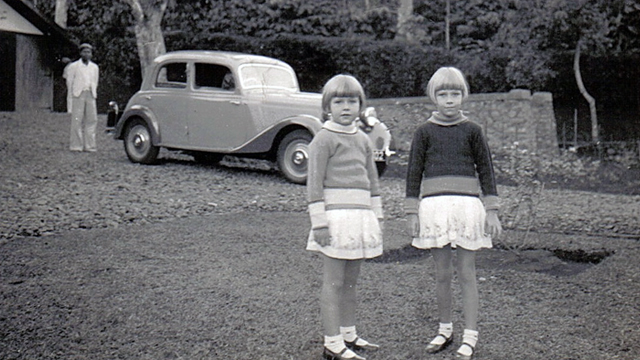 My mother strongly advised against it. Everyone in my family knew that her cousin, Harry, had seen horrors during the war in the Dutch East Indies that neither he nor his mother, ever talked about it in private or public. As a family, we just did not go there. Asking might mean opening the sewer. A truly legitimate argument for not asking was re-traumatization.

“What if it is too much,” my mother said. “You’re not a psychologist…”

Who was I anyway?

I was just curious after I realized that more than three generations of my family had lived in the Dutch East Indies, yet there were no stories, no family gossip, no picture albums, nothing, nada, or rather… just a strong attraction to Indonesian food which, when we ate it at home, in the Netherlands, felt like coming home. Yet, we hardly looked Indonesian or seemed to have any affiliation with that faraway country at the other end of the world. If it was talked about at all in school, we yawned, unaware of the blood-stained ties which bound us to the country of spice, coffee, rubber and Max Havelaar. Why did we know so little?

“What’s Harry’s address…” I asked my mom. Reluctantly, she emailed me his mailing address. Even though he lived a stone’s throw from where my parents had settled down, I had never met him, so I decided a hard-copy letter might be least intimidating. A letter he could toss in the fire, tear up in a thousand pieces or file away like his Indies childhood. A week later, there was a letter waiting in my US mailbox. “Let’s talk,” it said.

So we talked. For hours. And laughed. And cried tears we forgot we had in us.

And we talked more, via email. He unloaded his secret history and we bonded. The family memoir that I had started became Harry’s story and before I sent it to the publisher, I needed Harry’s consent.

“If he hates it,” I told my hubby, “I can’t publish it. It needs to be authentic.  This story is too important for my family, and all those Indies and Indo families out there who have struggled with a similar, cross-generational silence.”

After reading the manuscript,Harry wrote me back promptly. “I read your manuscript and wept,” he said.

“In fact,” he continued, “it feels like I have been sitting inside a dark bunker my entire life, and finally someone came and opened it, and the light of love is falling in and warming me to the core.”

When I did my book signing in the Netherlands for the Dutch edition, I met Harry’s daughter for the first time. “You do realize,” she said, holding the book like a family heirloom, “that none of us knew my dad’s story and that I will read it for the first time in your book.”

Harry’s friends who had read the book would come up to him, hug him and tell him, “But Harry, we had no idea…” The book brought some love back in Harry’s life but more importantly, the recognition that what he had seen was real and no longer a fading memory to be swallowed up by his own mortality.

Needless to say, our relationship intensified and Harry’s emails became a daily occurrence.

I forwarded emails from readers. For readers who struggled with similar familial conspiracies of silence, the book became a tool, a conversation starter, an excuse to ask before it was too late to ask. I encouraged people to interview their relatives remembering the question I had asked Harry once: “So why,” I asked him, “Did you tell me your story?”

“Because you asked,” came his rather laconic reply…

When my father died in 2006, Harry had already become like a second father to me. Then when Harry died in 2012, I felt like an orphan for the first time, but I had no time to wallow in grief as I had inherited his story and now that he is gone, I will keep on telling his story until my dying day. I would suggest you, dear reader, do the same with the untold stories in your family. Harry’s story came late, much too late, but just in time to hand it on to the next generation. The Indies are no more, but the stories are not lost yet and descendants need to keep the flame alive, for the magic is in the memories, yet memories will only find a way into our lives if we ask and listen…

Pictured:  The two girls (Joke and Willie Francken) who were murdered in ’45 during the Revolution in Surabaya. Clearly in happier times with driver Kassidin in the background. Taken on Kali Jompo, Jember (East Java)