Today’s Enemies Will Be Tomorrow’s Friends. 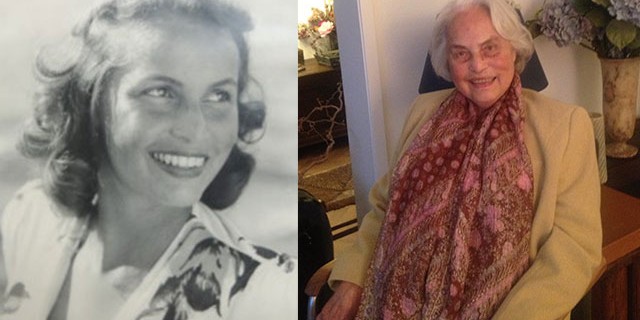 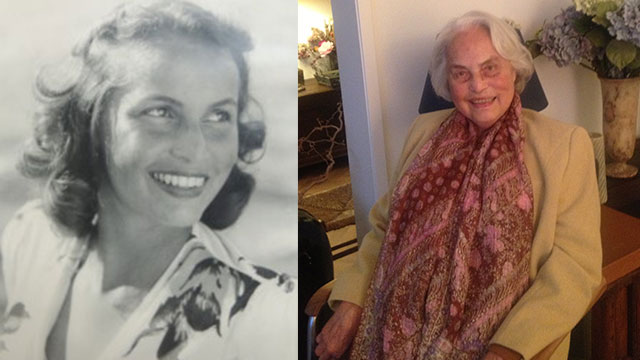 Today’s enemies will be tomorrow’s friends—however unimaginable it might seem.

I certainly did not think this when the doors of our concentration camp in Jakarta were thrown open in August 1945. I had just survived the horrors of imprisonment and was full of negative feelings towards the Japanese. Now, seventy years later, I have learned that one can move beyond hatred.

This year, on August 15, we will commemorate the end of World War II in Asia. Why remember now? To put things in perspective, maybe, or to witness that we can move on after the terrible things that we—as world community—have done to each other.

Looking back over the last seventy-five years, I see two turning points. The first was when my horrid life in the Japanese concentration camps begun: what it did to me, to my family, and to innocent the people we were. The second turning point I reached was a place of calm—after struggling with reconciliation and forgiveness.

I was born in Indonesia in 1927, when it was still the former Dutch East Indies. We lived in a little village at the foot of Mount Ciremai, Linggarjati. The nearest city was the harbour town, Cirebon (West-Java). I had a happy childhood and grew up in a loving family. Much of what happened in the world did not reach us; we knew the Germans had invaded their neighbours and we heard about the Japanese invading China, Korea, and other Asian countries. We thought such things would never happen to us. In March 1942, Japanese forces arrived on motorbikes like a swarm of insects invading our roads and lives. WWII had finally reached our doorsteps.

Thinking about today’s world and all the horrible things within it, it is essential to remember the sorrows of the past: they can help us learn and put things in perspective. Books, films, memorials and museums remind us to not forget the past. I am no historian, I can only tell you what happened to me and around me during WWII and the post war years. I can only report my struggle with reconciliation and forgiveness.

Germany surrendered in May of 1945, followed by Japan in August. As for my family, friends, and I, 1945 also meant the end of Dutch colonialism in Indonesia (a period that had lasted for 350 years). Indonesia declared independence in August 1945 and became legally independent in 1949.

I left Indonesia in 1947 and started my law studies in Utrecht. My plan was to return to Indonesia after finishing my studies and to work as a lawyer in the country where my ancestors had lived for so many decades. However, fate had something else in store for me, as the Netherlands officially acknowledged Indonesia’s independence in 1949. Instead of returning to Asia, I boarded a train in 1951 to Paris. Little did I know, this would become a voyage of healing.

Wanting to know how the war had ravaged Europe, I travelled to post-war Germany. I saw a devastated land, cities in ruin, and people close to starvation. Not only Germany, the whole of Europe was in ruins. Later I learned that this also was the case in Japan. Japan—as I discovered when meeting many Japanese—was a proud country: bewildered by the bombs of Hiroshima and Nagasaki, the passing away of the old order, the dismissal of the divinity of the Emperor, and the end of a semi-feudal society. Their dream of an Asian empire was in shambles. MacArthur and his occupation forces maintained order, wrote a new democratic constitution, ignited sweeping social reforms, and kept the population alive during the first critical years after 1945. This—and the Japanese spirit—made it possible for the Japanese post-war generation to rebuild their devastated land into the third largest economy during the eighties.

Not long after I arrived in Paris, still living in the early post WWII period, I was invited to attend a conference in Switzerland held by a non-profit organization founded by American born man, Buchman. Buchman saw how the war had ruined the lives of people and nations. He saw the hurt, wounds, hatred and bitterness in people’s lives. He searched for a way to bring people from the European nations, who had been fighting with each other, together. At the conference I met intelligent people, from all over the world, who were determined to establish a different world and not repeat past mistakes.

There I learned the hardest, but also most important lesson: no single panacea exists. There is no sure road to happiness. Nobody can undertake that journey for another person; it has to be done alone. This journey begins with identifying negative feelings within—realizing these feelings are in you and not in the external reality. The next step is to isolate these negative feelings so that you can get rid of them. You are more than just this particle of hatred. Once you understand this, you can begin to change and everything else changes with you.

Leaving Java, the island of my birth, studying in Utrecht-Netherlands, and meeting people from all over the world in Paris and Switzerland, changed my outlook completely. During these encounters people, who had been enemies just a few years before, had the chance to not only make peace, but to also work together to meet the challenges of rebuilding their nations in a better way.

Now, in 2015, I notice that the truth I learned in the 1950’s, has to be taught again to my children, grandchildren, and has to be taught again and again to every generation. It is fascinating to hear that my 16-year-old granddaughter is doing her part at her school in Singapore in a movement called ‘Initiative for Peace’. She will work next month in a refugee-camp on the border of Myanmar, helping and teaching the children who live there. I am absolutely sure that this is the right road to the future: education and instilling awareness in our youth–worldwide.

When I think of Japan and the Japanese today, I see people, individuals, and human beings like you and me. The images of the Japanese soldiers, the Kempeitai, and the death from starvation in the camps, will never vanish but they have become vague. Life has been so generous to me, especially because I had the opportunity to meet Japanese individuals whose minds were so open, full of awareness and understanding, and ready to help build a new world. Shortly after I arrived at the conference, a Japanese delegation–one of the first who were allowed to travel abroad by General MacArthur—arrived at the conference. It consisted of members of parliament, industry captains, trade unionists, and other representatives of Japan. To my horror I was asked to welcome the group. I bluntly refused and ran to my room. I was tempted to pack my bag and leave.

I was aware that I had reached a turning point in my life: I had to choose which way I wanted to go. I understood very clearly that agreeing to welcome them would acquaint me with Japanese people whom, at this stage, I really hated. I think I made the right decision when I decided to welcome the Japanese delegation in the end. In welcoming them, I let go of my own prejudices and hatred.

During my stay at a peace conference in the United States, in the fifties, I shared a room with a young Japanese woman of my age. She was the chairman of a youth working class organization the Seinendan, which had 7 million members. She did not speak English or Dutch and I did not speak Japanese. We discovered though that we were both human beings and were the same underneath. It was a lesson for the rest of my life: resist placing labels on people. I also had the privilege to hear speeches from Premier Kishi Nobusuke when he was on a state visit to Europe and the United States. Premier Kishi has visited seven Asian Nations, in addition to Australia and New Zealand. During this journey he apologized repeatedly for Japan’s past misdeeds during the war. It helped.

As a grandmother, I hope that 2015 will be a year of victory for all nations.

See the video of the documentary: