The Visit to Hiroshima: Flawed Diplomacy 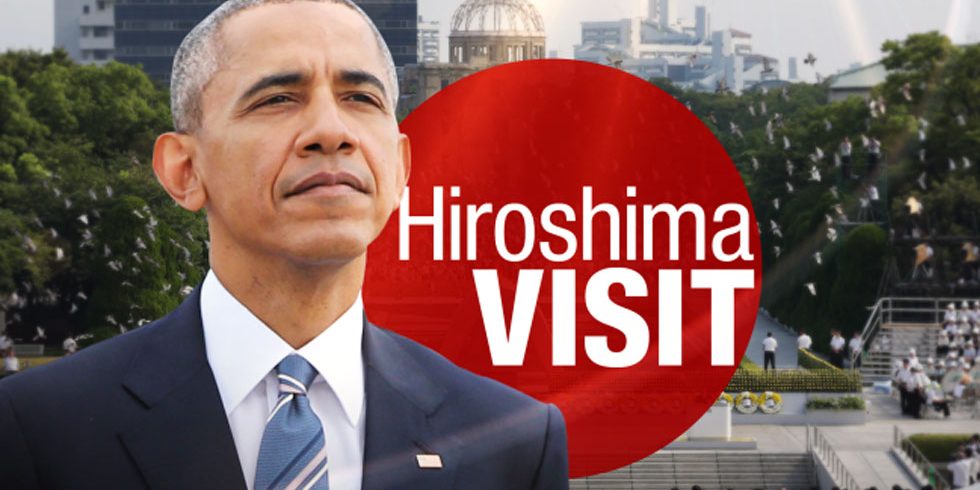 An editorial by Inez Hollander, PhD

On the different social media platforms, discussions regarding the visits by Kerry and Obama to Hiroshima became emotional and contentious. While the visits have been planned carefully with the caveat that neither Kerry nor Obama would offer an apology, I have been bothered by the media’s lack of presenting a historical perspective and context around the question as to why the bombs were dropped.

In the US, the war in Asia has become such a blatant blind spot that every time anyone mentions Japanese camps, Americans think we refer to the Japanese-American civilians who were wrongfully interned by the Roosevelt administration. Likewise, every time the atom bombs come up, the discussion focuses on Japanese loss of life and suffering while leaving out the fact that Japan occupied large parts of Asia, which included war crimes of forced internment, starvation, torture, sexual slavery (the biggest orchestrated sex operation by a single country in the history of the world), medical experiments and executions.

This bias towards Japan is unfair if not immoral. When the Allied bombing and virtual annihilation of Dresden are mentioned, there is, since recently, more remorse for the German victims, but in the background and part of the overall context, images of Kristallnacht, gas chambers, concentration camps and Hitler come to the foreground. I wonder, does the average American even know who Hirohito was?

As time will go by and we all get further and further removed from this history, the suffering and millions of casualties of WWII in Asia will fall through the cracks of history, and the victims of Hiroshima and Nagasaki could possibly be viewed as the sole victims of the war in Asia.

This kind of revisionist history has already blossomed among conservative factions in Japanese society and politics, and clearly, in that context, a visit by Kerry and Obama to Hiroshima sends all the wrong signals to Japan and the world. Prime Minister Abe’s own grandfather was a war criminal, and Abe himself supports an aggressive agenda to hush up rather than reveal and apologize. Imagine Goering’s grandson becoming the Chancellor of Germany and pushing a similar agenda: it would be covered by all the world’s newspapers. In Germany itself such a figure would have to resign as it is illegal to deny the Holocaust.

When I was writing Silenced Voices, I was still very much convinced that however horrific the dropping of the atomic bombs were, they were a necessary evil because Hirohito and his henchmen would stop at nothing.

True, the bombs killed 200,000 Japanese civilians but a total of about 130,000 POWs and internees were rotting away in camps all over Asia, and… their lives hung in the balance: in 1944, the Allies had intercepted a memo which came from the Japanese Ministry of War and was sent to all the POW and internment camps in Japanese-occupied territory as well as Japan itself. The memo was a KILL ALL order which even outlined potential methods: “Whether they are destroyed individually or in groups or however it is done, with mass bombing, poisonous smoke, drowning, decapitation, or what, dispose of them as the situation dictates […] it is the aim not to allow the escape of a single one, to annihilate them all, and not leave any traces.”

Many who survived the Japanese camps and this war of attrition (life outside of the camps was no picnic either) have seen the dropping of the dreaded bombs as the pivotal and life changing event that ended the war and saved their lives. But did the bombs truly end the war and could the war have been ended earlier, saving even more lives? As descendants of those who survived and died in that war, we need full disclosure of the details, and interestingly, you don’t have to go far or dig deep.

The US Strategic Bombing Survey concluded as early as 1946 that “in all probability Japan would have surrendered even if the atomic bombs had not been dropped.” Also, in 1986 Edwin Hoyt (In Japan’s War: The Great Pacific Conflict) was one of the first to demythologize the notion that the atomic bombs were dropped to end the war. From him and others, it becomes clear that as early as April of 1945, the Japanese government was willing to sit around the table with the Allies. Even Hirohito realized that, after the horrendous bombing of Tokyo by the Allies, Japan would not survive any more bombs, and he too, was willing to surrender.

Although Japan was willing to talk as early as April of 1945, the US’s supposed delay was rooted in the assumption that Japan would never consent to an unconditional surrender (which included the removal of Hirohito). The irony here is that Hirohito was kept on the throne anyway, even though that unconditional surrender did come about. An even bigger irony is that Hirohito’s son, and current emperor, has gone against his own Prime Minister (Abe) and has made overtures about apology, remorse and education.

The US was not only complicit in prolonging the war unnecessarily, but the war was also essentially over, making the atomic bombs unnecessary. Yet, at the same time, the actual bombs did make the suffering of the POWs and internees stop, even though the KILL ALL order was still on certain officers’ minds. My family, interned at Banyu Biru in Middle Java, remembered that even after the bombs had been dropped, several Japanese officers seemed to get a perverse pleasure from intimidating the internees with the threat that they would drown all women and children in the nearby swamp Rawa Puning.

The bottomline is that every nuclear war should be avoided at all cost, and maybe Hiroshima and Nagasaki could have been avoided, too, if both the Japanese and US would have talked sooner. However, in light of Japan’s war crimes and continued white washing of the war record, Kerry’s and Obama’s visits come much too soon and are a slap in the face of all the survivors and deceased who, sadly, do not share a monument where Kerry and Obama could and should lay a wreath as well. 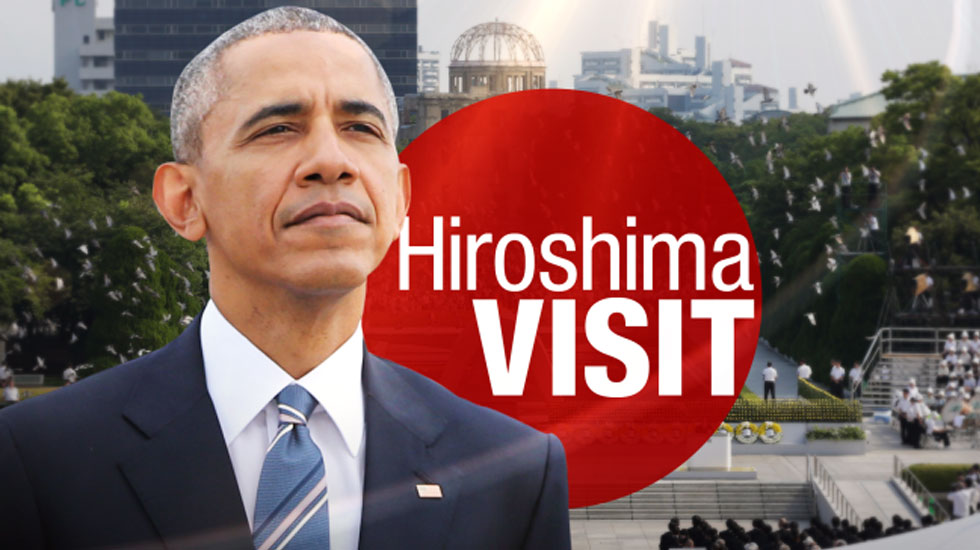