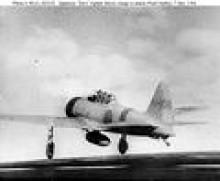 On May 10, 1940 Germany without warning invaded Holland The Dutch Army was no match for the German Army – the war lasted five days. Queen Wilhelmina and the Royal family escaped to Great Britain.

On the morning of December 7, 1941, Japan made a surprise attack on Pearl Harbor where the American Pacific Fleet was located. The attack came by air. The Japanese used torpedo planes and Kamikaze pilots who intentionally crashed their planes with a load of bombs on their target.  It was an honor for these pilots to give their life for their emperor. Five of the eight battleships were sunk and 5,000 people lost their lives.  The airfield was totally destroyed and the damage was enormous.   Queen Wilhelmina immediately declared war with Japan because America was considered our ally.  When we heard the news on the radio we knew that war was imminent and we were prepared for it. Uncle Rudy, 20 years old, and his cousin Ferry,18 years old,  were immediately drafted into the KNIL, Koninklijk Nederlands Indies Leger, (Royal Dutch East Indies Army).

We also noticed that before the attack on Pearl Harbor the Japanese toy store in our  town had closed and we wondered what had happened to its personnel.

Because of the threat of war the Dutch Air Force was going to have exercises to simulate war conditions beginning March 1st.  I was in the 5th grade at the time.  Shortly after our 10:00 am recess break the sirens sounded.  Some of the kids wore a string necklace from which a rubber eraser was attached.  The purpose of the eraser was to protect their jaws and teeth by biting on it.  This would lessen the damage from the impact of bombs that might be dropped. It was still the monsoon season in the month of March. We were supposed to go into the air raid shelter, but they held about two feet of water from the heavy rains so we stayed outside on the school ground. We heard explosions in the distant and pretty soon we saw planes flying overhead.  The Dutch planes had a dark metallic color and an orange triangle on their wings – orange is the color of the Royal Dutch family.  The other planes had a very light metallic color and a red ball painted on their wings. They were Japanese “Zeros” made by Mitsubushi and had very little protection from their armoured plate which made them very maneuverable in dog fights.  In comparison, the Dutch planes could be shot down like birds.

When we came home that day we found out that we were officially at war with Japan.  They had bombed the harbor and a part of the city where we used to shop. Little did we know that the Japanese fleet was already in the Java Sea ready to invade.  Their  planes had to have come from an aircraft carrier and the infamous Battle of the Java Sea began.

Editor’s Note:  This is an excerpt from the manuscript of Frans Krajenbrink.  He is writing his biography for family and friends.