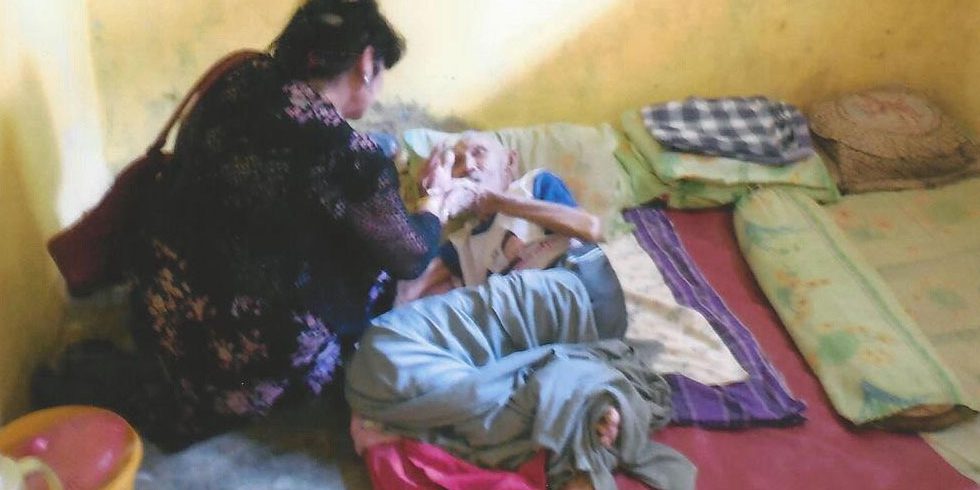 This recipient of the “Order of Orange-Nassau”  (in 2008, as recognition by the Dutch government for her service on behalf of its people), does not need much of an introduction to the readers of The Indo Project  (or “TIP”). Though she is Dutch-born from Dutch parents, Henny Neys, inspired by her late husband Alan (who was an Indo born in Jakarta), has been been a longtime, fervent supporter of all things Indo. A quick Google search would yield a wealth of information testifying to her life long involvement.  Also, in the Fall 2013 TIP Newsletter, you will find a previous interview done with Henny, in which she shares her passion to the cause of bringing aid to lessen the plight of “The Indos left behind.” More about that in our “Fall 2013 TIP Newsletter.” 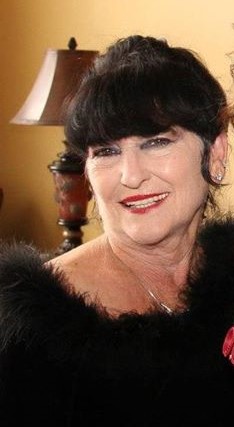 We are again visiting with Tante Henny, who, in October, will be making the yearly trek with her partner Oom Gijs to Indonesia, to check up on and visit with these Indos,  to ensure that the funds raised via the ANMF is serving its intended purpose. It is an arduous flight, where one is in the air for almost 19 hours…a 14-hour flight to HongKong,  and then making a connecting flight of 5 hours to Jakarta.

Then there is the shock to the senses one experiences when in Jakarta, with a population of over 9.5 million people (in comparison, Los Angeles has 1/2 that!), 7 million registered motorbikes, 90 degree heat, plus the ever-present sticky humidity. One is challenged to stay focused on the task on hand, to visit the “Indische Oudjes” ( a term of affection and respect), who are spread throughout Java. The time and effort involved to try and visit as many of them as possible, is a daunting task.

Between Henny’s visits to Indonesia, Representatives look after the people in need. I was wondering about the process of how a “Representative” is found. It sounds as though these folks do so much for the Oudjes , including getting them needed medicines, or taking them to their doctor, arranging the payment for their housing. I think the TIP readers, myself included, take the completion of these tasks for granted. We cannot imagine the difficulties of living in the outskirts of the city, in a village, or “kampong”, where even basic transportation is difficult to come by. Oftentimes, one hears of the inherent difficulties in getting aid to those that need it. Part of why the ANMF carefully outlines how their Representatives are selected, is that predecessor Indo charity group(s) had disagreements on the trustworthiness of a Representative used; Henny addresses that by making the yearly trek to check on how this aid is distributed. Having the right people in place to deliver on ANMF’s objectives is paramount.

When Henny and Gijs meet up with these Oudjes, they see firsthand the often heartbreaking conditions in which they have had to eke out a living. There is generally no assistance from the local/state government agencies. They are then completely reliant upon other family members or kindly neighbors, if that were even possible. For a large percentage of the Indos left behind, the ANMF has become their sole source of support!

And this leads to the heart of what compels Henny to continue in this angelic work: that it is due to circumstance, not choice, these Indos left behind are living in such squalid conditions. Indos like ‘Oma Schatz,’ who as a teacher along with her husband, chose to stay in Indonesia to continue their careers. Eventually, because of her ethnically mixed background, this led to her being fired from her position. Subsequently, she was only able to obtain the most menial, low paying work. She eventually developed many health problems that prevented her from continuing in even that work. She became totally dependent upon others, some of whom were former students who remembered her kindly as their teacher. When Henny first met Oma Schatz, she found her living in an attached shed, next to a tahu (“tofu”) factory.  The smell from the spoils of the fermenting tahu was overwhelming.  Although Oma Schatz refused offers to be moved to more hospitable surroundings, Henny was at least able to convince her to allow Henny and Gijs to make necessary improvements to her present dwelling.

How Oom Gijs and herself gave ‘Opa Vodegel’ from Bandung much comfort during their visit with him, a simple yet meaningful gesture to replace his bed (as it turned out, Opa Vodegel passed within a year). The photos show that, the face to face, human connection they made with him may have meant the most.

And what may touch her heart the most, at least I believe so, is in hearing Tante Henny detail the tragic circumstances of those Indo children, who through no fault of their own, were left citizens of no country. Their Holland-born fathers never married their Indonesian mothers,  thus making them ineligible for Dutch citizenship, while their mixed race ethnicity incurs the scorn of the surrounding Indonesian community. 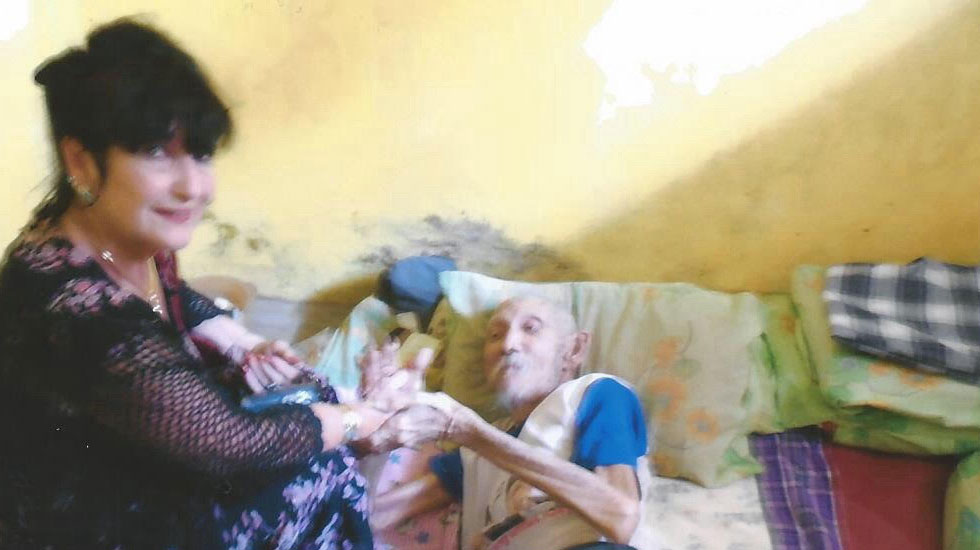 She also talked of the term ”erkenning.”  This term translates to “acknowledgment,” and describes situations where the Dutch father in that relationship, through the erkenning of that child, affords him or her Dutch citizenship status. It then resulted in the agonizingly impossible decision that the kids from these relationships could leave for Holland, but their mothers had to remain?

After completing as many visits of the Oudjes as her and Oom Gijs can manage, often digging into their own pockets at the spur of the moment to address some glaring need for better housing or health remedy, and after the Grand Kumpulan  (or “party”) is held for the Oudjes,

there comes that time of the trip, where they have to again make that tortuous drive back to the big city, then get back on the plane (or should I say, airplanes), because, after a 5 hour layover in HongKong, it’s then they go on the last leg of their journey home, the 14-hour plane ride back to California!   It’s as physically and emotionally draining as it sounds…yet, there was not a hint of hesitation in her voice when I asked Tante Henny how much longer will she continue this work on ANMF’s behalf?

Her answer:  “…I know that, in my mind and in my heart, that I will always want to continue helping our Indische Oudjes. It’s just that physically, this will come to an end…”

So, in light of her continuing crusade to drum up support for those Indos long forgotten, attending both the Northern and Southern California Herdenking ceremonies this past August, as well as her acceptance that all the positions she serves have become lifetime appointments, she somehow willingly continues to soldier on.  Henny also stepped up her support of TIP’s endeavors, including sponsoring the upcoming NorCal TIPTALK Event in October, that The Indo Project can help fulfill the role of bridging the first generation Indos and their legacy, with the future generations who desire to help preserve