The Indische Kwestie: Developments in the 1950s – Part III 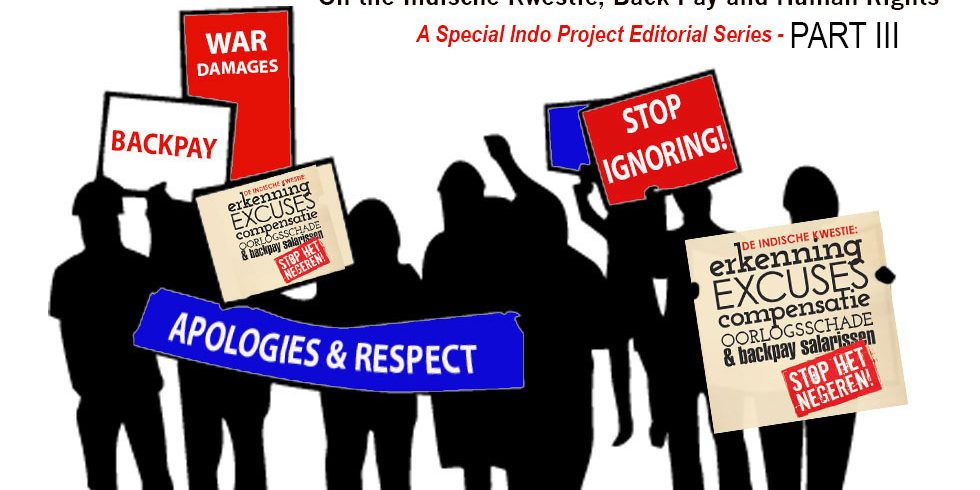 On Tuesday, February 28th, party leader Alexander Pechtold of the political party D’66, was a guest in a talkshow and referred to the migrants who came from Indonesia to the Netherlands in the 1950s and 1960s as “Indonesians”. Needless to say, he should have used the term “Indische Nederlanders” of which the Indos are a large and important group.

This could not be brushed off as an innocent mistake. His gaffe shows that there has been a lack of education (and understanding) of our colonial history in the Netherlands. The abovementioned group of migrants was in fact fleeing the Indonesians, where, due to the post-war circumstances and animosity of the Indonesians and the Indonesian government, they were no longer welcome.

Or, as Anneke van de Casteele summed it up so brilliantly in her blog “Wij zijn Indische Nederlanders, geen Indonesiërs” (http://annekevdcasteele.blogspot.com/2017/03/wij-zijn-indische-nederlanders-geen.html), “The label ‘Indonesians’ stands for the Bersiap, the rapes and the massacres, the revolution […] It stands for delayed restitution and justice, such as the never-paid salaries (the back pay issue). It stands for the suffering of our parents and grandparents. It stands for assimilation, racism and discrimination.”

Herman Bussemaker writes: “[Totoks and Indos] were met with misunderstanding, indifference and blatant discrimination. One can read about it in books and publications, but somehow it never entered the Dutch collective consciousness as to what was going on in the back rooms of the government, the city halls and the contractpensions. This was at a time that the Netherlands started to profile itself as progressive exemplary country but the hypocrisy speaks volumes, when, at the same time, the Netherlands turned its back on these migrants. By relying on themselves, they emancipated to become the most successful migrant community in the Netherlands. But the pain and frustration was, and remained, invisible to the outside world.” (Bussemaker, Indisch verdriet, p. 50).

When a major party leader refers to Indos and totoks as Indonesians, it is clear that the Indische Kwestie is far from over and has become the colonial albatross around the government’s neck.

So what happened after the war? What was the status of the Indische Kwestie then, when the wounds were so fresh and the Indies and Indo community was waiting for some form of recognition and financial compensation?

On December 18th, 1951, a government committee was put together (CAB: Commissie Achterstallige Betalingen— Commission Back Pay) to investigate this. As I explained in my previous piece, Minister of Finance, Lieftinck, resorted to a judicial loophole, or the so-called principle of territoriality, which implied that the Dutch government was only responsible for its subjects in the Netherlands at the time of WWII. But not everyone in The Hague agreed with him. Professor Schermerhorn from the Eerste Kamer (comparable to the House of Lords in the UK), blew Lieftinck’s reasoning to smithereens:

Timing is everything in life, they say, for better or for worse but in this case, for worse, since the conclusions of the report weren’t shared until after the Great Flood of 1953 (whose victims were quickly reimbursed for their damages—see part II).

In the meantime, a number of Indies organizations had started lawsuits against the government and, as long as those were ongoing, Parliament couldn’t discuss the CAB report. When the lawsuits were lost, the government felt strengthened, if not justified in its resistance to the CAB conclusions and Minister Luns saw no grounds or any moral obligation to follow the recommendations of the CAB.

The rancor and hurt feelings within the Indies and Indo community ran high: even though their war wounds and losses had been far greater compared to those of the native Dutch (excluding, of course, the experience of Dutch Jews during WWII), there was neither recognition nor back pay to make up for what had been lost in a war that was started and, after 1945, prolonged by the Dutch government.

It was a particularly hard blow for the first generation, who, crippled by war trauma, lost some of their moral fiber to carry on the fight for the next few years. Many withdrew in silence and when they did talk about the war, they felt they could only share stories with people who had been through the war in the Indies as well. The mantra of my greataunt who had lost her husband in a Japanese prison and her two daughters in a bersiap massacre was: Niet klagen maar dragen (Don’t complain but carry on).

The children and grandchildren, however, who grew up around these damaged people could read the suffering in their eyes and inherited some of the baggage. It was on them to carry on the fight for recognition and justice, which, in view of Pechtold’s remark, has seen no form of closure whatsoever. 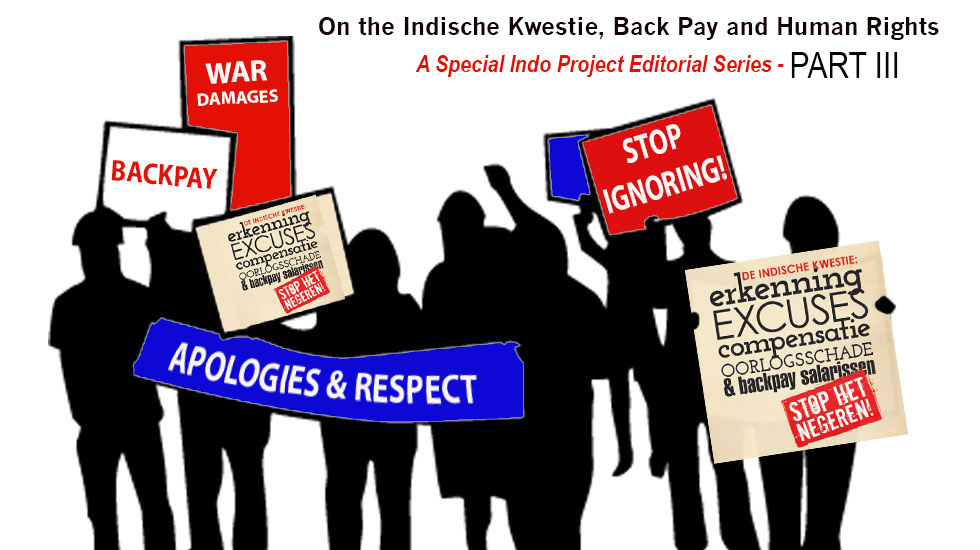