The ‘Indisch Monument’ in The Hague, Netherlands 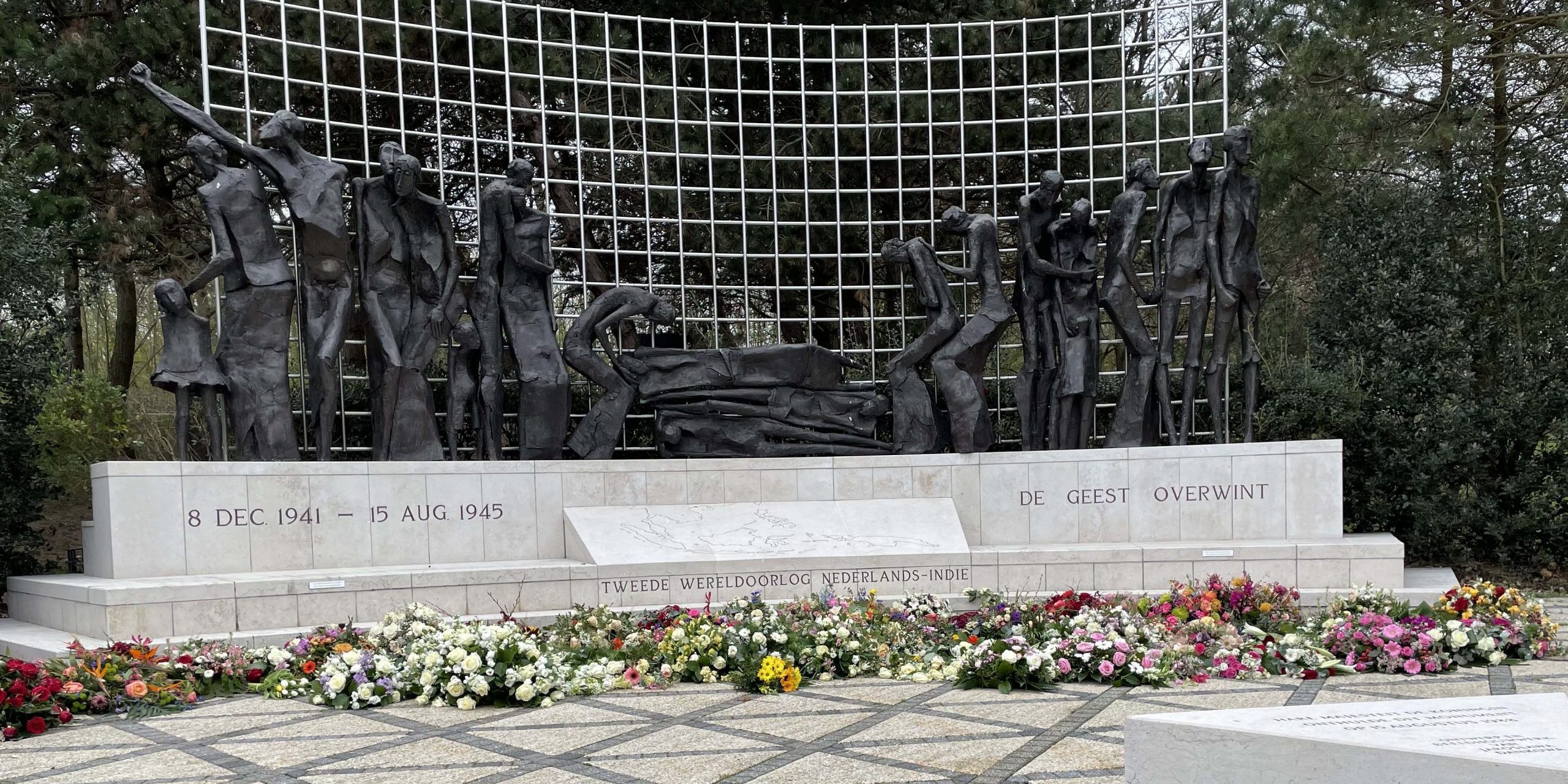 In August while visiting The Hague and riding my bike, I came upon the Indisch Monument in de Scheveningse Bosjes (large park in The Hague) near Madurodam. I had been there many times before. This time I had my Nikon camera and took some close-up photos of the quite moving figures. I made a slideshow of those images, and added a few from a visit to Java and my book, as a way to share and to educate.

The Indisch Monument in The Hague commemorates all victims of the Japanese occupation of the Dutch East Indies. It was designed by Jaroslawa Dankowa, a Dutch artist of Bulgarian heritage. Her Majesty Queen Beatrix unveiled the Indisch Monument on August 15, 1988.

The memorial was created in order to recognize Dutch, Indos, and indigenous men, women, and children who were in the internment and prisoner of war camps during World War II. In addition, the monument is for the post-war generation who has also been affected by the traumas of their parents and other ancestors. Every year on August 15, the Nationale Herdenking is held at the monument.

The Monument Up Close

Below the monument are the dates that the Dutch East Indies were a part of World War II (December 8, 1941 – August 15, 1945) along with the inscription: De geest overwint (the spirit conquers).

In 2005, earth from seven war cemeteries in Indonesia were placed in an urn that was mounted in front of the monument. Later in 2008, an urn with earth from the Galala Tantui War Cemetery on the island of Ambon was added and placed behind the column.

In the center, below and in front of the figures is a map of the Dutch East Indies and the following inscriptions (with English translation):

These images capture the seventeen bronze figures in the monument. They convey the various forms of suffering: despair, pain, and protest. You see grieving figures surrounding the deceased that lie on stretchers. The figure with an outstretched hand symbolizes liberation, and the mother with her child indicates hope for future generations. In spite of the rough form of the sculptures, up close you clearly see the emotions in their faces and in their postures. I also recognized the essential Indisch, hints of my family members, in these figures.

View the slideshow that captures the Indisch Monument up close.

Indisch Monument, The Hague, The Netherlands

Herdenking Song composer: Lisa Graciano. For more info, go to www.lisagraciano.com
Guitar, flute, Javanese gamelan instrument (and vocals) performed by Lisa Graciano.
The song is used in this slide show with her permission.

If you are in the Netherlands, I recommend visiting the Indisch Monument. Not only to honor those who suffered, but to look into the faces of those who very well could have been members of your family. Afterwards, stop at the Frederik Hendriklaan, aka ‘de Fred,’ to have a drink or meal and visit the statue of the Indische Tantes.

Would you like to share a monument or special place that commemorates the victims of WWII in the Dutch East Indies? Submit your story to stories@theindoproject.org