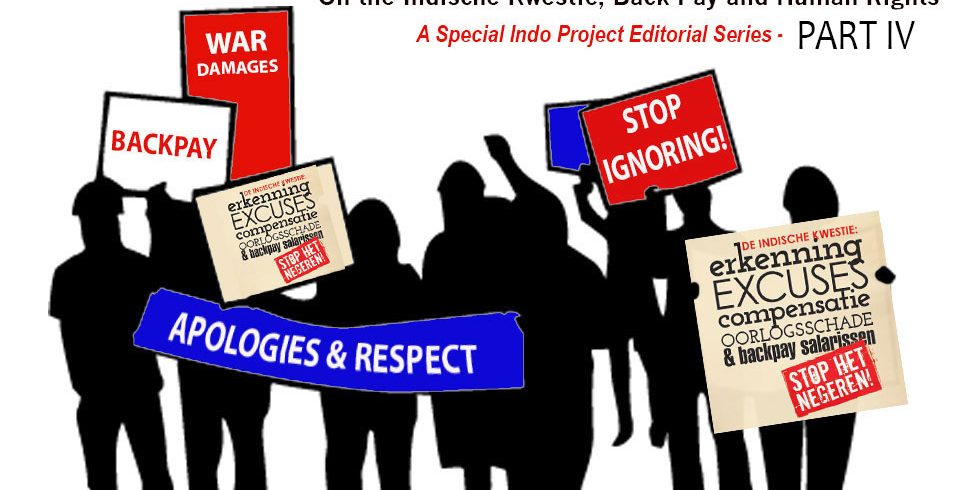 While the first migrants/refugees from the Dutch East Indies came over after WWII had ended, the total number of people that came to the Netherlands between 1945 and 1980 was about 320,000. The cost of repatriation for the Dutch government was 879,000,000 guilders (travel back to the Netherlands, housing, food, clothing, furniture etc). This was not relief or refugee care in the orthodox sense of the word: people were expected to pay back every penny of what they had received, and according to Herman Bussemaker, 76% of that cost was indeed paid back by the migrants themselves (Indisch Verdriet, p. 91).

Many, and especially Indos, but totoks as well, did not feel welcome at all. There was a housing shortage in the Netherlands right after the war and even though these migrants spoke Dutch and assimilated more successfully into Dutch society than any other refugee/migrant group in Dutch history, they were discriminated against.

In addition, among the native Dutch, there was a complete lack of understanding and sense of context of what people had gone through (loss of life under the Japanese, torture by the Japanese, internment camps, lack of medical care, starvation, loss of property, missed education and feelings of uprootedness when coming to the Netherlands). Because of Dutch animosity and discrimination, not to mention the cold and rainy weather, many Indos decided to leave again and more than 10% of the total group migrated elsewhere, to the US, Australia, South Africa and New Zealand. The largest group ended up in the US (mostly Florida and California) and this group consists now of more than 100,000 American Indos many of whom have struggled with questions of identity (or Indodentity) due to this double diaspora.

Also, because these people had moved away from the Netherlands, they immediately were kept out of the loop for follow-up care and compensation, which was offered in the Netherlands, albeit on a very limited basis, i.e.:

The majority of the 320,000 war victims didn’t receive anything in spite of above mentioned arrangements and it wasn’t until the 1980s that two new laws were introduced to benefit the former colonial war victims, i.e.:

In 2015, the Dutch government settled the last outstanding obligation, i.e. the Back Pay Arrangement for a mere 1100 survivors of whom only about 600 have received their 25,000 euro-premium thus far. Please note that the Netherlands was the last Allied country to settle the backpay affair, and therewith closed the discussion of any further payments and/or compensation claims made by the war victims of the Dutch East Indies once and for all.

In the meantime, however, the Netherlands had been receiving money from the Thai, Indonesian and Japanese governments over the years, and the crucial question here is: where did this money go if it didn’t go to the victims?

For example, in 1965, when Sukarno was replaced by Suharto and diplomatic relations between Indonesia and the Netherlands improved, the Dutch government was not too timid about presenting Indonesia with a bill of Dutch losses incurred during the decolonization and the Sukarno years. This led to the Wassenaar Treaty (September 7th, 1966) which prescribed that Indonesia would pay a lump sum of close to 700 million guilders. With the treaty all future claims by any individuals or parties expired, so the earlier loophole argument of the Dutch government (see earlier parts in this series) that war victims in the Indies would have to address their claims with Indonesia (and setting of the war at the time), was basically closed (and signed away) by Dutch government officials without any input of the war victims themselves.

Of the nearly 700 million guilders, the Dutch government pocketed 223 million guilders itself and the rest went mostly to Dutch companies that had been lost after the war and not to the actual war victims.

One could argue that with the Wassenaar Treaty, the moral obligation to pay the war victims and backpay claimants was inherited by the Dutch government, but once again, the victims were thrown under the bus completely.

Conveniently, in the 1960s, the Netherlands went through a cultural revolution and changed from a conservative country (and former empire) into a small and progressive country. The colonial heritage became a source of shame and guilt, which was pushed under the rug and not taught in school anymore. As a result, the former colonial class was associated with an evil past of colonial exploitation and greed. This change in perception made it even harder for war victims from the Indies to claim any sort of benefit or recognition for what they had gone through.

Ironically, the Netherlands, which gained a reputation in those years for standing up for human rights and refugees worldwide, had a complete blind spot when it came to the human rights violations of its own war victims in the Dutch East Indies, whose suffering and rights had not been properly acknowledged, assessed or compensated for, over time.

The invisibility of the war and suffering in the Indies under the Japanese came to the fore even more when Emperor Hirohito (a war criminal not unlike Hitler) visited the Netherlands in 1971 and was a guest of Queen Juliana at Soestdijk Palace. Comedian Wim Kan and survivor of the Burma Railway Line organized a protest which had little effect.

The piece he wrote and performed at the time still feels raw, and maybe even more so because the Indische Kwestie hasn’t been resolved 72 years after the war came to an end. These are Wim Kan’s words:

There aren’t too many people left to tell their tale.

The enemy killed one third of them:

they sleep in a burlap sack,

the Burma sky, their roof.

The camps have been deserted, the cells are empty.

There are hardly any people left to their tale.

And yet, there is still one

Who can tell their tale

The Emperor of Japan.

Since they didn’t hang him

Couldn’t there have been anyone, at least one,

at Soestdijk there, at that dinner,

Who could have asked what exactly had been going on

at the time, over there in Burma,

with those dead people, and the sick

and the hunger in those cells.

Surely, he could have, while he ate,

told their tale, and could have told it well…

Wim Kan performed this more than 40 years ago, and the Indische Kwestie still hasn’t been resolved.

Pretty soon, there will be no one left who can tell the tale or its aftermath.

What we can tell you is how little the Dutch government has reimbursed its Burma Railroad victims. In the Volkskrant of May 30th, 2015, Griselda Molemans writes that when the Burma Railroad was sold to Thailand in 1947, the Dutch government received an impressive sum of 1.6 million guilders. 17,399 of the forced laborers at Burma were Dutch. Those who were eligible for any compensation were the people who had actually survived and worked at the railway, but not those who died en route to the railway nor did the widows or their children, many of whom had been in camps as well, and could have used the money to rebuild their lives after the war. That too, is the Indische Kwestie and another disturbing allegation that the Dutch government didn’t only receive money from Thailand (in addition to Indonesia and Japan) but that the government has been far from transparent with that money, and that, in the end, a large sum of that money may not been properly paid out to its victims. That is the truly dark story here but if we don’t engage as a community now, together, pretty soon

There won’t be any people left to tell this tale…

Curious about the rest of this story? Follow The Indo Project (www.theindoproject.org), or better yet: DONATE on behalf of theIndische Kwestie so that we can use these funds to gain widespread attention for this story that ought to be shared with the international community, so that it doesn’t fall through the cracks of world history. 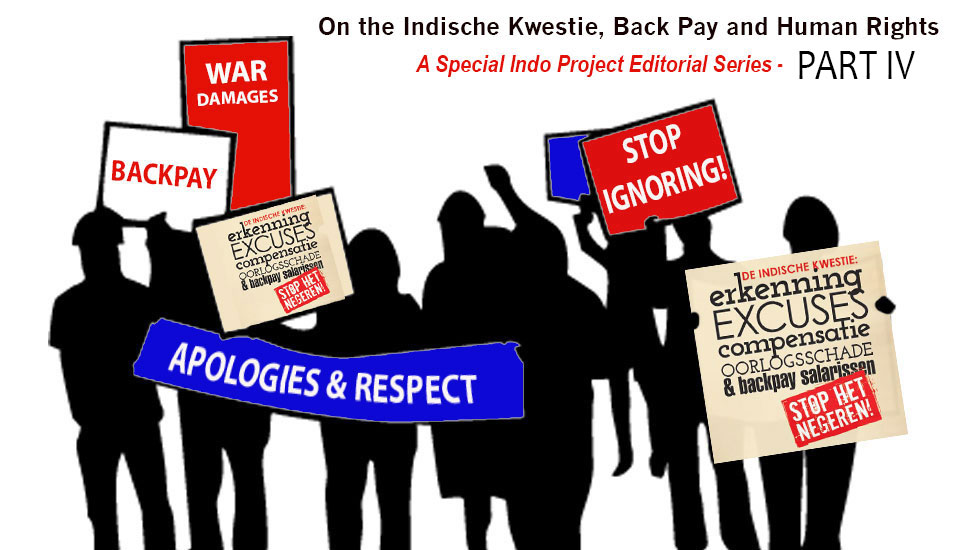 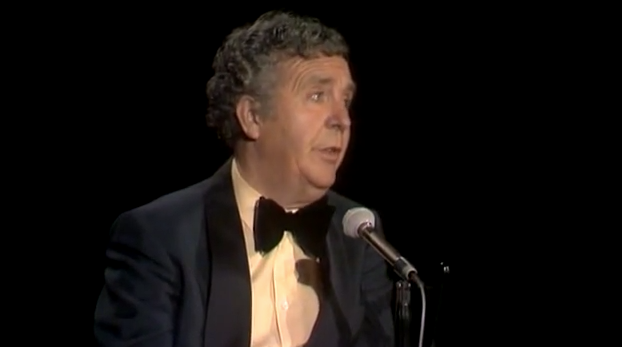