The Disaster of the Poelau-Bras Ship 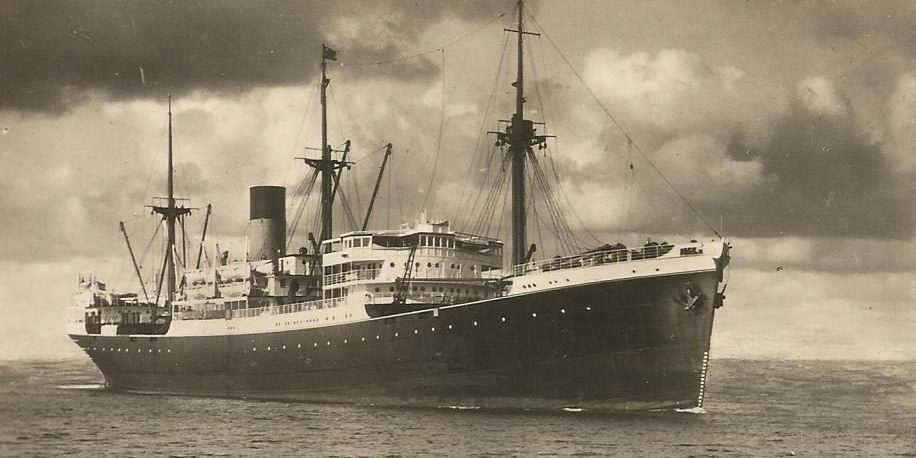 “Who was in which lifeboat?”

A mission by Peter Versteeg to find out which of the three remaining lifeboats his father traveled in — as one of 116 survivors of the sunken “Poelau Bras” — and who were in the other two lifeboats?

www.poelau-bras.nl
(To translate this website from Dutch to English: Go to Google Translate and paste www.poelau-bras.nl in the left box. Select your target (and source) language and click on the resulting link in the right box)

The Bombing of the Poelau Bras

On March 7, 2022, at 11:07 am it was exactly 80 years ago that the merchant ship “Poelau Bras” of the Stoomvaart Maatschappij Nederland was bombed by Japanese fighters and sunk in the Indian Ocean. The ship, which was used as an evacuation ship, had departed from Wijnkoopsbaai near Palabuhan Ratu in the northwestern part of Java and had Ceylon as its final destination. On board, in addition to 56 crew members, were 100 naval personnel, including many senior officers, as well as important people from the BPM, personnel from the Shell, and other merchant ships. In total there were about 250 to 260 people.

Just before they were out of range of the Japanese fighters, they were spotted by a Japanese reconnaissance plane. An hour later, ten fighters from the Japanese aircraft carrier the “Hiryu” arrive and the fate of the “Poelau Bras” is sealed. Machine guns have been mounted on board by naval personnel, but they cannot do anything. A bomb hits the bridge, killing the captain and several crew members. Another bomb explodes next to the ship, leaving a large hole in the hull, and bringing the ship to a standstill. After the bombardment, which lasted more than an hour, 130 to 140 people died in a terrible inferno. Only three lifeboats remained, containing 59, 32, and 25 people respectively. The other seven lifeboats had been shot down by the fighters and rendered useless. Horrible scenes took place on the various lifeboats and rafts. A ten-day-old baby was thrown from the railing 40 feet below into the arms of a marine man. Desperate people committed suicide or were refused entry into the lifeboats because they were already overcrowded and in danger of sinking. When the ship sank, the fighters returned and bombarded the remaining lifeboats with their machine guns, killing and injuring several more people.

The first lifeboat (No. 4a, built for a maximum of 51 persons but filled with 58 persons) reached the small town of Kroé, southwest of Sumatra, after 5 days. The 2nd boat (No. 2) arrived the next day on March 13 at Vlakkehoek near the lighthouse Belimbing in the extreme south of Sumatra. The 3rd boat (No. 3), arrived again a day later on March 14, on the island of Tabuan in southern Sumatra.

The Capture of the Survivors

All passengers were eventually captured by the Japanese after about ten days and served out the war (some died during their captivity) in various POW camps on Sumatra (Palembang) and Malacca (Singapore). A number were also transferred to and put to work in Japan and Formosa.

The Commemoration in The Hague

On 15 August 2017, Andrée van Es (former chairwoman of the PSP) gave a speech at the Indies monument in The Hague during the 72nd Indies commemoration of the Japanese surrender. As one of the volunteers of the Friends of the Catalina Foundation, Peter Versteeg sat as a spectator with three colleagues. The seaplane the CATALINA made a flypast at the commemoration—as a tribute to the aircraft that meant so much to the people of the Dutch East Indies. Many hundreds were transferred from the Japanese camps to Australia and other parts of the world with this type of aircraft after the war.

During the speech, Andreé van Es spoke about her family in the Dutch East Indies and about her uncle Rudi van Es, who as a Catalina pilot had saved many people with the Catalina and had survived the bombardment of the “Poelau Bras”. His son Rob (also present during the commemoration) had as his only memento, a silver cigarette case with the names of the people who had been in the lifeboat with his father. He was then captured and interned as a prisoner of war in Palembang and Changi Jail in Singapore. Afterward, Peter spoke to both Rob and Andreé van Es at the World Forum (the former Congress building). They were more than surprised to hear that in addition to Rob’s father, Peter’s father (both Catalina pilots) had been in the same lifeboat. However, Rob couldn’t remember seeing Peter’s father’s name on the silver cigarette case. In the evening Peter received an email with the photo of the tube with his father’s signature directly above that of Rudi van Es.

The Beginning of Peter’s Search

Since that time, Peter has been looking for the names (and the stories) of all the people who have been in one of the three lifeboats. In addition, he has also attempted to assign all the signatures on the cigarette case to a person. On the internet, you can find lists with all the names of the people who died and lists with the names of those who survived, but there is no list of who was in each of the three lifeboats.

Peter is currently in possession of about eight books and personal stories of survivors as well as some newspaper articles in which the drama of the “Poelau Bras” is fully or partially described. As a result, he was able to find out which lifeboats about 85 people had been in. For the remaining 31 people, their lifeboat is not known. Peter is looking for relatives of those who were on the “Poelau Bras” and survived. They may have written stories—for their personal use—in which names are mentioned or where and when they came ashore. Perhaps they still know what their family member has told them.

Peter has created the website, www.poulau-bras.nl, with all available data (books, articles, photos) as well as the lists of names known to date of the people who were missing/rescued. It also includes an overview of survivors and the specific lifeboat they were in. Furthermore, there will soon be internet links to the Japanese Internment Maps (if available) and the war grave foundation where dead or missing are reported. Peter is also in possession of two photos taken by his father the day after their rescue on the rescue boat 4a that brought them to Kroé. One of which is included here.

Do you know anyone related to survivors of the disaster with the “Poelau Bras” or do you have questions, please contact Peter via the form on his website!