The Battle of the Java Sea. 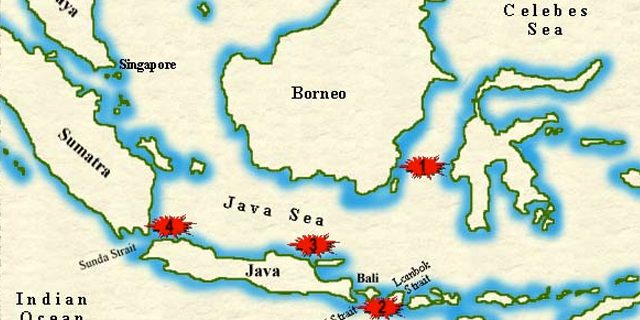 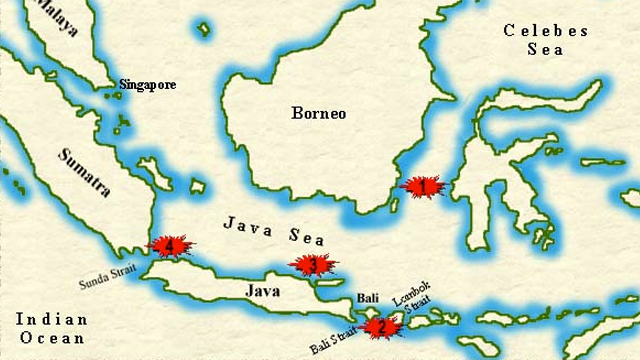 The Battle of the Java Sea—The Fall of the Netherlands East Indies, February 27, 1942

The Battle of the Java Sea is still remembered today as one of the most significant and tragic confrontations of World War II’s Pacific Theater.  Solemn commemorations are held every February by the children, grandchildren and families of the men, including members of the Indo community, of the ABDACOM – the American British Dutch Australian Command — who fought so valiantly on that ill-fated day.

Against all odds, the brave ABDA commanders persevered, but despite several daring and courageous maneuvers executed by their ABDA naval forces, many excruciating hours of exchanging artillery fire ensued from mid-afternoon until midnight, and the battle ended in the overwhelming defeat of the Allied Forces.

Wikipedia calls The Battle of the Java Sea  “a decisive naval battle… that sealed the fate of the Netherlands East Indies,” and it is well-documented in many history books, in accounts which can be found on the internet, through interviews and poignant eye-witness accounts with WWII veterans, survivors of the Battle from the American, British, Dutch Australian contingents and even the Japanese naval troops, many of which can be viewed on Youtube.

Strategically, the Japanese benefited enormously from gaining control of the oil-rich islands of Indonesia — their domestic supply of oil reserves was insufficient to wage war successfully.

When the battle was over, the ABDACOM casualties and losses were indeed heavy:

In these statistics a terrible tale of human tragedy, and the Fall of the Dutch East Indies is told, as summarized in the Wikipedia account:

“The Battle of the Java Sea ended significant Allied naval operations in South-East Asia in 1942, and Japanese land forces invaded Java on 28 February.  The U.S. and Royal Air Force then started to retreat to Australia. Dutch troops aided by British remnants fought fiercely for a week.  In the campaign the Japanese executed many Allied POWs and sympathizing Indonesians.  Despite their logistical problems, the decisive factor in Japan’s favor seems to have been air power.  Eventually, the Japanese won this battle of attrition and ABDA forces surrendered on 9 March.” 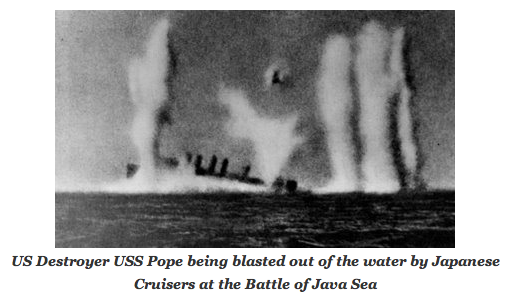 For more information about this crucial World War II battle in the Dutch East Indies, please follow the links below: