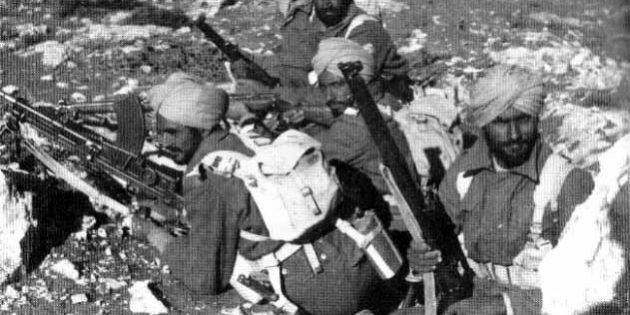 After WWII ended in 1945 there was a power vacuum in the Dutch East Indies as the former Japanese captors were disarmed and the Indonesian revolutionists picked up momentum.   Because of the lack of manpower in the Dutch military the Allied Forces sent British-Indian troops to stabilize the situation and aide the transference of internees from camps.  Many Indo and European civilian internees remember their liberation and being escorted by these British-Indian soldiers.  As one former internee described them…”they were impressive looking, tall handsome guys in uniforms with turbans…”.  Unlike the tough as nails Ghurka soldiers of Nepal, the Punjabis were not always respectful toward the civilian women and gained a reputation.  War is never tidy and memoirs differ on their accounts of these soldiers.  The transports out of the internment camps were heavily protected by the British-Indian troops and the Punjabis fiercely protected many Indo families with their lives.

In September of 1945 Allied Forces entered the ports in Sumatra.  The 26th British-Indian Division under the command of Major General Chambers landed in Padang and established headquarters in Bukit Tinggi in central Sumatra.  The Indians were a mixture of Sikhs from Punjab, Gurkhas from Nepal and Moslem Tamils. (A Japanese Memoir of Sumatra, 1945-1946: Love and Hatred in the Liberation War by Takao Fusayama).  Some of the troops were assigned to protect civilians from the uprising of the Indonesian revolutionists and other troops were assigned to supply arms to the Dutch who were struggling to suppress Indonesia’s demands for independence.

Today, there are approximately 1,000 Punjabis living throughout North Sumatra. Many are business people and merchants and a large segment of the group have become famous for their ability to breed cows for milking.  They are looked upon as rather mysterious but are accepted into the local community as they have lived there several generations.  (The Jakarta Globe, Putrl Fitria, August 27, 2010 “A Subcontinental Slice of Sumatra”).

If you have a memory about these soldiers please leave a comment below. 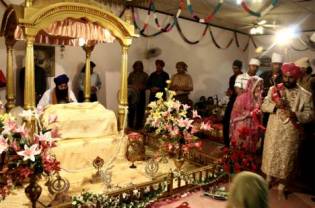 Editor’s note:   In the article, “A Subcontinental Slice of Sumatra” of The Jakarta Globe, the terms Gurkhas and Punjabis often were interchanged when in fact they are two distinct peoples, one from Nepal and the other from India.  Punjabis settled in Sumatra, not Gurkhas.