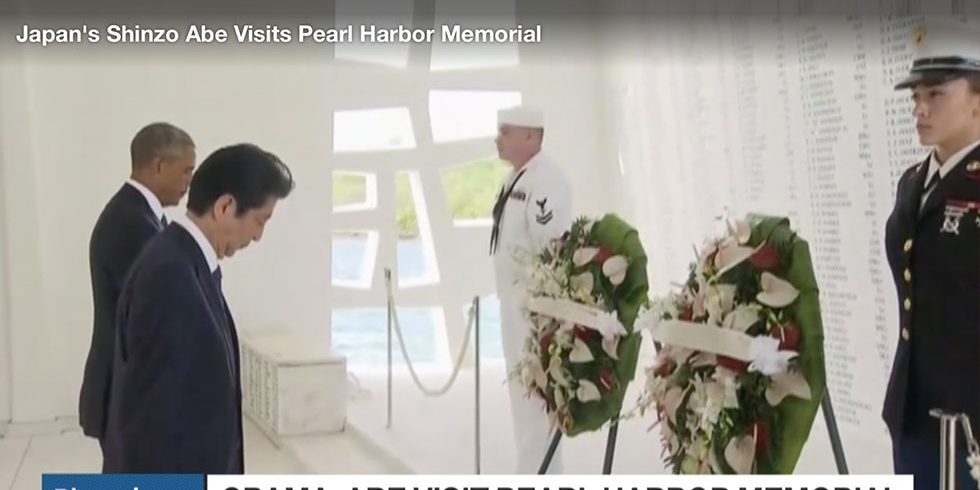 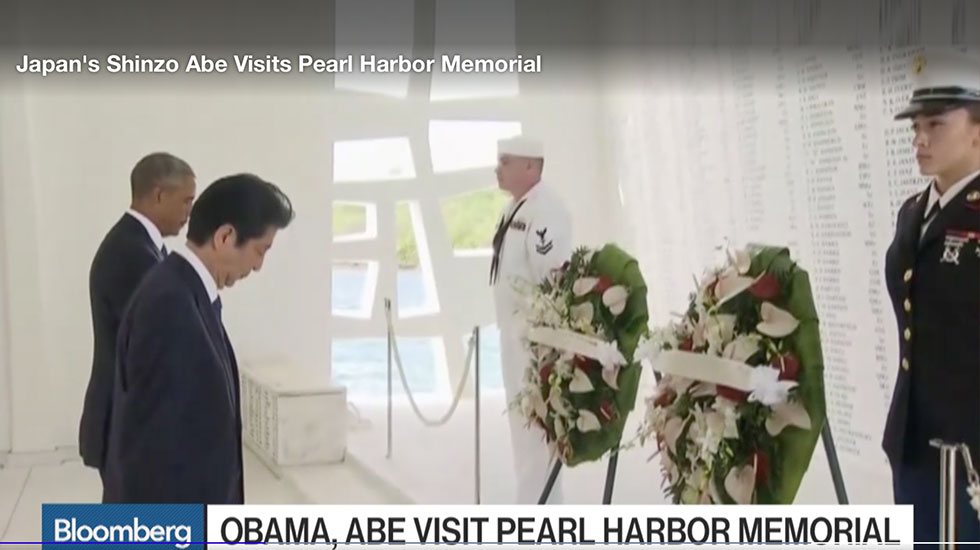 The Indo Project was pleased to see that Prime Minister Shinzo Abe was the first Japanese Prime Minister to visit and honor the victims of Pearl Harbor, which was a breakthrough and a motion for continued world peace, which we applaud and honor.

It was good to hear that Mr. Abe acknowledged the Japanese atrocities which pulled America into a war that, in Southeast Asia, was terminated by the dropping of the atom bombs. To hear him reference that history was positive and good, especially in light of some Japanese conservatives who still feed questionable propaganda to the Japanese people that Pearl Harbor was Japan’s revenge for the atom bombs.

We were touched by Mr. Abe’s reference to American servicemen and their families whose lives were impacted forever on that fateful day but we were also disturbed by what was left out: Japanese death camps all over Asia, torture, starvation, medical experiments, executions, the Rape of Nanking, comfort women (sex slaves) and death marches through the jungle.

Japan came to Hawaii to acknowledge and not to apologize, just as President Obama visited Hiroshima to acknowledge and not apologize but it would be helpful for the world community and the prevention of war that in order to understand what hard-won peace is all about, we also need to fully acknowledge and not deny what has happened in wars, and in particular WWII in which Japan was an aggressor like Nazi Germany. Yet Japan hasn’t given a full accounting or taken full responsibility for that war and its many victims.

In contrast to Germany, which has honored and paid its victims while also educating the next generation in that every German school child will visit a former concentration camp/memorial, Japan is awfully reticent about what Emperor Hirohito’s soldiers have done to civilians after they conquered different countries all over Asia. The Indo Project will stand by the many victims and war dead who died under the Japanese regime in the Dutch East Indies (Indonesia) as long as the Japanese government (as well as the Dutch government) seem complicit in trivializing and silencing this war and its victims.

We will take Mr. Abe at his word that Japan is a peaceful nation and hope that these good diplomatic relations between Japan and the US will continue under the Trump administration, but we also ask that Mr. Abe will follow the good graces and remorse of the current Japanese Emperor Akihito who, time and again, has been trying to bring to light that Japan committed serious war crimes which have not been fully addressed or apologized for by the Japanese government. For a progressive and enlightened nation like Japan, this kind of censorship of its own history is troublesome at best.

Mr. Abe’s visit to Pearl Harbor was a start but the world needs to know what exactly happened in Asia between Pearl Harbor and the dropping of atomic bombs on Hiroshima and Nagasaki— this history, the war dead and traumatized victims in Asia and beyond are hardly commemorated in the same way as the war dead in Europe. Japan plays a big if not the most important part in this cover up and we ask Mr. Abe to continue his quest for peace and true commemoration by going the extra mile and come clean, with the Japanese people and the world. Only then will the victims and descendants of these victims experience peace in the proper sense of the word.