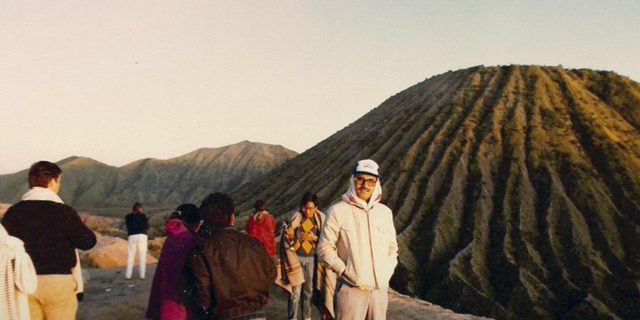 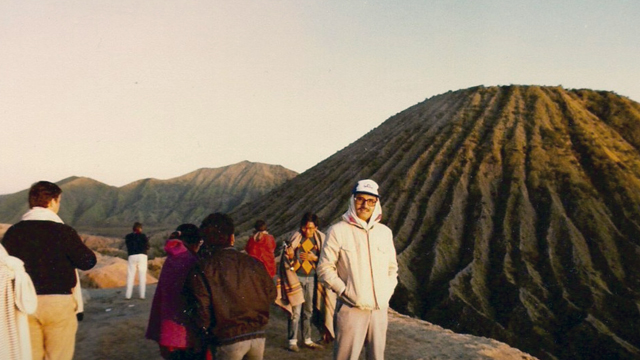 Second article chronicling The Indo Project Board Member Emeritus Jan Krancher as he takes a sentimental journey back to his birth land Indonesia.

After this nostalgic visit, we took a quick drive-by in town to the former residence of Harry Klaare, one of Oma Poenisah’ sons, my uncle, and family, who already left a long time ago for the Netherlands.  The address is on Jalan Guntur, where I temporarily boarded with them. My father had, at that time, accepted a job offer as sugar chemist (doktor gula) on a faraway sugar plantation in Pakis, (Taju) in Central Java and my mother and youngest sister came along. I eventually joined them in that small town. However, due to long distance, I could not commute to attend school. I had to live temporarily with an Indo family in Semarang, the big city nearby. There I attended the MUGAS MULO before our departure to the Netherlands.

The next day, we were on our way to the distant Mt. Bromo, a volcano with a sand sea and a huge crater. This required an overnight stay in a small hotel in the nearby village of Ngadisari. Mom and Corinne stayed here in a “lodge” and so did Beddi.  Early the next day, the macho guys, under Dad’s leadership, rode horseback the one half hour up the mountain. The guys galloped so fast that poor ol’ Dad could barely keep up with them. At around 4:45, we reached the edge of the crater and enjoyed an unbelievably beautiful sunrise.  It was freezing cold but we brought our thick jackets along and even earmuffs.  We honored the Boy Scout motto – be prepared! 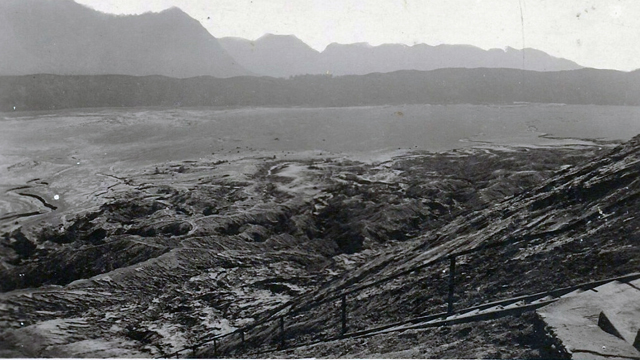 Upon return, we picked up Mom and Corinne and proceeded further east along the coast to Pasir Putih (White Sand beach). We ate a delicious picnic lunch and even rented a sailboat to get a better view of the bay. After a couple of hours of enjoyment, we returned to Pandaan. Underway, in a “waroeng” (Indonesian food stall), we enjoyed a typical Indonesian meal along the road in the little village of Bangil. Really – how daring we were to “eat out.” Mr. Montezuma was also actively stalking this part of the country.

After a good night’s rest, we were again on our way to Malang this time to visit Nieniek Setio, a lady of Chinese-Indonesian extraction and a longtime friend of the our family.  She knew me when I was only a small “katjang” (peanut). The anecdotal storytelling filled the air and the kids were all eyes and ears, trying to keep up with the strange lingo. After an enjoyable time, we had to say good-bye and head home to Pandaan. On the way, we purchased two beautiful “wajang koelit” (Indonesian leather puppets,) strung in a wooden frame, all hand crafted. They represent the wayang hero, Ardjoeno and Srikandi, one of his wives. A true treasure indeed and it has graced our home ever since.

Rudi arrived home for vacation and we enjoyed a great visit.  Then, with their mini bus, we all departed west bound for the town of Madiun by way of Sarangan.  Here we got stuck twice on the steep inclines but there were always ready, helpful hands to assist pushing us along, for pay, of course. We arrived without further delay, looked around, and drove towards the towns of Tawangmangu, Solo and via Kopeng with ultimate destination being Magelang to visit Joyce’s relatives, the Eysenring family, on a special assignment from Holland.

The next day we visited the world famous Borodudur temple and two others.  Lots of tourists!  Then down to Cilacap on the southern coast, where we dropped of Rudi at his work-site.  Here we also could confirm, by phone, my return flight to Saudi and the one to the Philippines for wife and kids.  At seven that evening, we headed towards Jakarta.  Unfortunately, during this night route, we didn’t get a chance to see much of west Java’s environs except the moonlight, kalongs and stars. The trip took us some 12 hours and we had to poke Beddi in the ribs every so often to keep him awake. 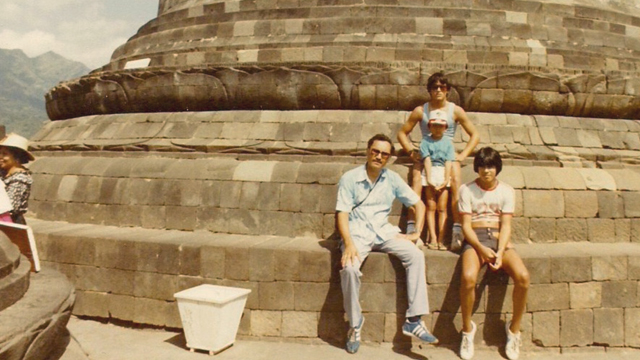 Upon arrival in Jakarta, we were afforded lodging at Soekanto’s relatives in town.  What a blessing to have Indonesian friends like Rudi. The next day, we took the kids to Ancol, a popular, famous outdoor entertainment center. On the 15th, as pre-planned, Mom and kids were dropped off at the airport to journey to the Philippines to spend time with family of Louis Rambla, our Filipino house boy in Saudi. We said good bye to our host family and Beddi then headed home to Malang.  In total we racked up some 2,300 miles, fortunately accident free in spite of all the traffic jams.

On the 16th, I personally had luncheon with Dr. Bambang Sutrisno, Minister of Health, discussing other opportunities. This was followed by a meeting with Mrs. Mooyarti, descendant of royalty, owner of the firm Mustika Ratu, the famous jamu originator/factory and distributor. We focused on the potential of export of jamu to the US.  She gave me a sample of her “beras kencur,” a typical Indonesian herbal drink to savor.  This particular product was about to hit the market.  It tasted great!  Then I got a guided tour through her extensive facility, followed by an invitation to dine at the famous Jakarta’s “Sate House” restaurant downtown. What a treat! Towards the end I was invited to her residence, a virtual palace of a place, for some entertainment.

That afternoon, I was dropped off by her chauffeur at the Sukardjo residence, a friend of ours and visited a while.  He then took me to the airport that same evening to fly “home.”  The Kranchers eventually reunited in Saudi after Mom and the kids had their fun in the Philippines. Another vacation was soon on the drawing board for the next year with attendance and presentation at that herbal conference in Soerabaja and then on the way, Bali.

Here are some concluding remarks regarding the numerous native fruits.  The most enjoyable were the siwalan, salak, roekem, mangistan, doerian, mangga, ramboetan, belimbing, annanas, papaya, several varieties of pisang and bangkoeang. Many of these we took along on our travel.  They were a veritable mouthful of delicacies. We often gorged ourselves on several of them each day.  No wonder that our stomachs often rebelled from eating all that delicious fruit. Montezuma was there, too.

Read Part I of a Sentimental Journey