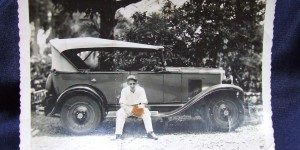 On my mother’s side, I come from an enormous family of van der Poels – some of whom migrated to the Netherlands Indies in the early 1800s. The van der Poel clan dates back before 1600; some members of the family migrated from Holland: to South Africa and to the Indies. After the Indonesian revolution, only a few descendants of the original van der Poels remained – most of the surviving members of my immediate family repatriated to the Netherlands; only my mother and aunt came to Australia.

This story of Bruno and Riki, my maternal grandparents begins in 1933 when they decide to marry. This is a critical juncture in both the family’s destiny and in world events; in Europe, it is the beginning of Hitler’s rise to power; in the Netherlands Indies, it is the beginning of the end of 300 years of Dutch rule. In 1949, when the family leaves Indonesia, the Dutch have finally relinquished their control and the new nation is in charge of its own destiny.

In January 1933, (Andrea/s) Bruno Berler, (my opa), a Jew born (26 May 1906), in Vienna, Austria sits on the running board of his brand new Chevrolet somewhere in Java in the Dutch-East Indies. He has his photo taken to give to his fiancée, a local girl (my oma) named Riki (Albertina Hendrika) van der Poel. The Chevrolet is very impressive – a luxurious car for a fellow who is essentially a ‘remittance’ man, getting a stipend from relatives in Europe.

Riki (born 11 July, 1909 in Rangkasbetoeng, Java) is the eldest of the eleven children in the van der Poel clan, of whom ‘Hein’ (Hendrikus Albertus, born 1882), an Indo-European is the patriarch. As such, his is the only name of the birth certificates of all the children. His partner (later, wife) is Raden Sitie (born 1891), a high-caste Javanese woman. Hein is a powerful plantation manager, who employs all the people in the village; Sitie is the owner of the land where fish are farmed and exported overseas. The van der Poels live in Poedjer (now Puejer) in Bondowoso province – a remote village and the young van der Poels go to school in Djember (now Jember) in East Java.

Hein, Riki’s father disinherits her for marrying Bruno; nevertheless, in their wedding photo, Riki looks happy; unaware of the terrible fate that yet awaits the family in the Indies and Bruno’s relatives in Europe. In March 1934, Antoinette Josephine Cornelia Augustine (et al) Berler, my mother’s sister, is born. Bruno has not made enough money to pay the electric light bill and ‘Tony’ (sic) as we have always called her, is born on a kitchen table in the dark.

In October, 1935, my mother Myra Gertrude Johanna Frederika (et al) Berler is also born in Djember (now Jember) in Java; this time, the electric light bill has been paid, though by now, over 20,000 Europeans in the Indies are out of work (Stoler, 1989:153). Bruno involves himself in various schemes to make money; sometimes getting swindled so that the family is forced to move more than 20 times to various parts of Java.

‘Race’ is an issue in the Indies. People are classified into categories that demarcate their social status and their economic, educational and occupational opportunities. According to Dr Roger Wiseman:

During the Late Colonial Period in the history of Indonesia the state and the society used a tripartite racial classification of ‘European’, ‘Native’ and ‘other Foreign Oriental/Chinese’…

The great majority of those identified as ‘European’ were always Indo-Europeans (or Chinese-Europeans) 2000:1).

Wiseman contends that since the early nineteenth century, most of the ‘European’ population were ‘mixed-blood’; ‘many children disappeared into the kampongs and increased the number of mixed-bloods among the Indonesian population’ and there were a much smaller proportion of Dutch-born immigrants than Indo-Europeans who had been born in the Indies (Wiseman, 2000: 5).

Better off than many, Bruno’s in-laws, at least, have economic power. They live in a fine mansion and house the indigent Berlers as need arises … 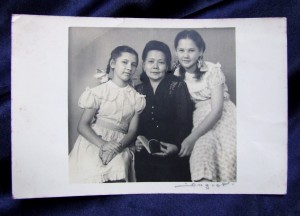