Sapphire Promise: From Privilege to POW 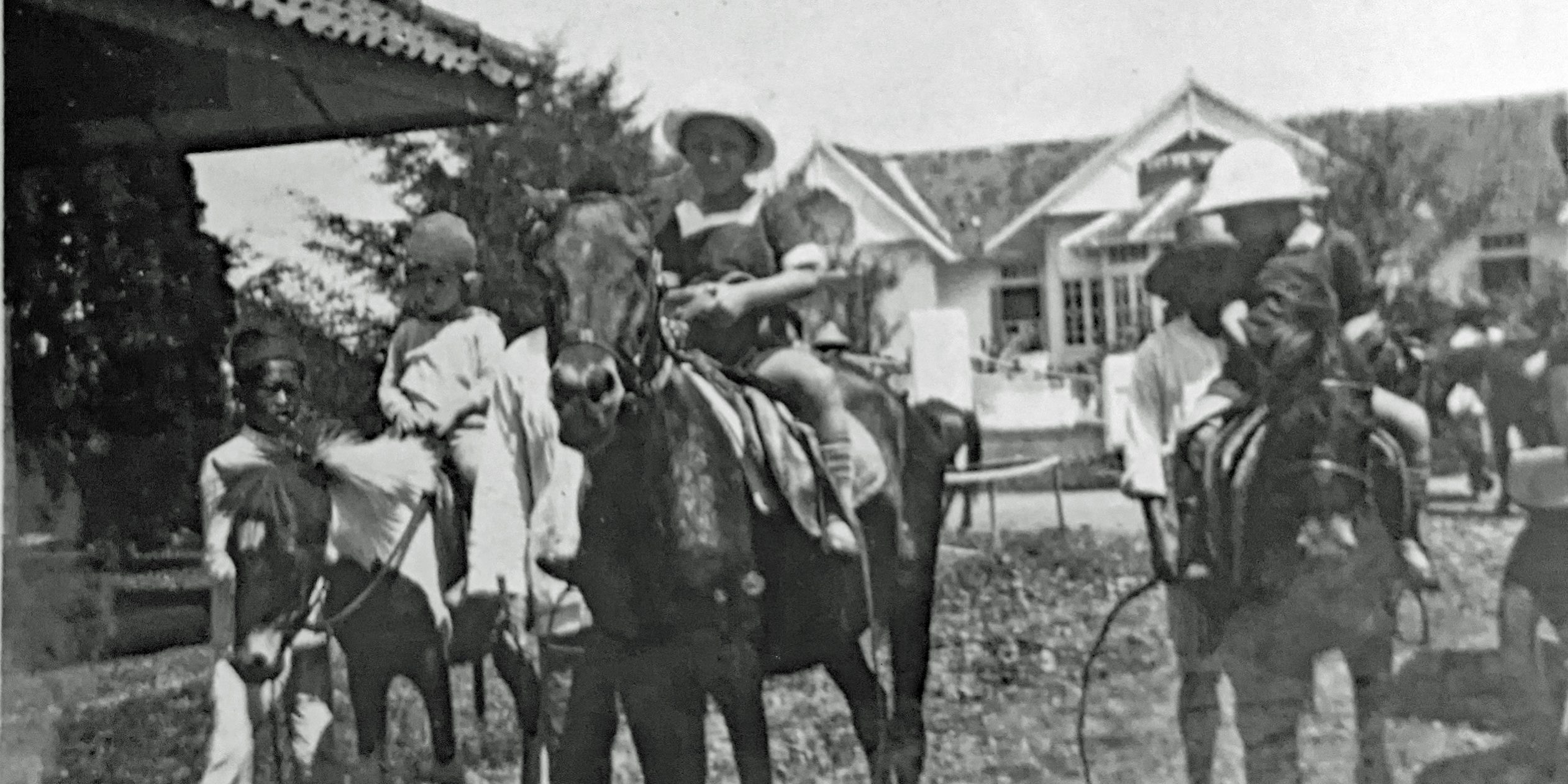 The author notes that Iris passed away early December 2021, just short of her 98th birthday before this article was published.

Iris, the little girl on the left, and her brothers are the descendants of an Indo maternal grandmother, a French countess paternal grandmother, and Dutch grandfathers. As a teenager, she joyfully rode her horse with her pet monkey through the outskirts of 1939 Batavia and returned home each day to enjoy the pampered Dutch colonial lifestyle with a live-in Indonesian cook, chauffeur, housekeepers, and gardeners. Their family’s seven-bedroom house was named Mansion Iris! 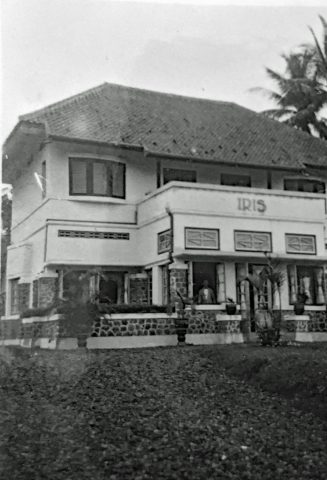 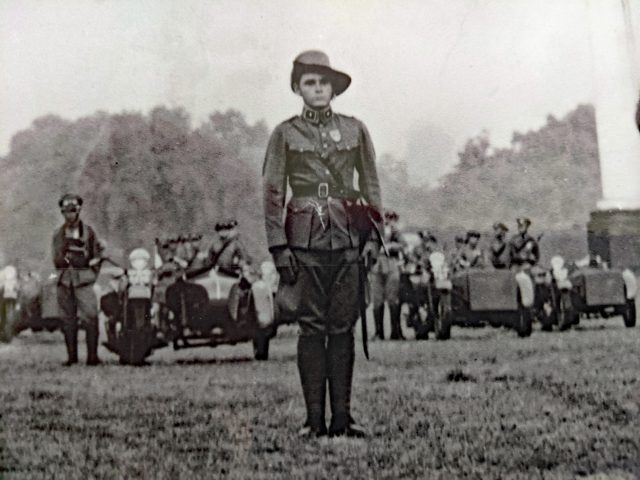 Iris was a mature fifteen-and-a-half-year-old when she spotted a tall, handsome lieutenant in KNIL dress whites crossing their front yard. She vowed she’d marry him. Quarantined with the mumps, she didn’t meet the Dutch lieutenant, Richard, until three days later. Having advanced two grades in school, being fluent in five languages, and sparring with two older brothers gave Iris the confidence to approach handsome Richard at a birthday party. And so, their old-fashioned romance began.

In the beginning, twenty-three-year-old Richard assumed the lovely young woman with aspirations to be a nurse was at least eighteen. His offer to tutor her and her friends for their high school graduation exams brought them together each week while he temporarily paid board at their family home until his military quarters were ready. By Iris’s sixteenth birthday party (a surprising detail to him), he’d begun to fall in love. 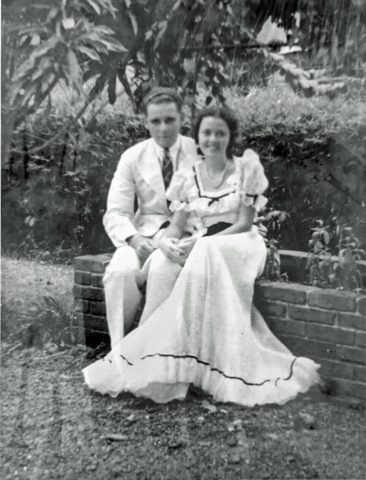 Their eight-year age difference complicated their courting in the eyes of Iris’s parents. “You must address him as Sir, even on dates, Iris,” her father announced. Chaperones accompanied them on dates until she became engaged at seventeen.

Shadows of war hovered over the edges of Iris’s idyllic life, as Richard’s KNIL training intensified. He lived at the military base and picked her up on his motorbike during the week to transport her to ballet lessons. Each time, he brought her a chocolate bar. In so many ways, Iris’s life remained sweet.

Iris’s parents wanted her and Richard to have a long engagement due to her age. No one expected the turn of events the bombing of Pearl Harbor would cause on December 7, 1941. She turned eighteen the following day. Richard noted that should he be killed in the war, Iris would receive his pension for life if they were married. An air-raid siren went off during their wedding reception. Little did they know how few days they’d share. Within two months, Richard and her father were sent to fight on Bali. Soon after, Iris and her mother were interned in Tjideng, purported the worst women’s camp in the Pacific. 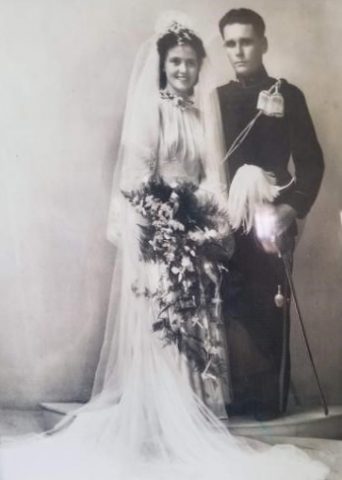 The nursing training Iris had begun, and her command of languages proved valuable to the Japanese. The soldiers who’d overtaken the hospital, where she trained, forced her to translate in English. They also ordered her to give a daily shot to a commander who’d attended university in America, Major General Moichirō Yamamoto, Chief of Staff of the Japanese Sixteenth Army. At nineteen, Iris would leave Tjideng Camp, ride her bike to the hospital, get the shot, and ride to the mansion he’d commandeered near Waterlooplein Square. Each trip took an unimaginable amount of courage, knowing her and her mother’s lives depended on her success, and the routine stops by the Japanese soldiers became uglier.

Iris’s father instilled in her his noblesse oblige or “with nobility comes obligation.” A mantra from his de Fisicat family. He treated their Indonesian veterinarian with respect and ensured that their servants lived in comfortable quarters and ate the same food as his family. During the war and after, the Indonesian people they’d befriended responded in kind by helping Iris and her mother. Iris stayed in touch with her dear baboe, Oudje. 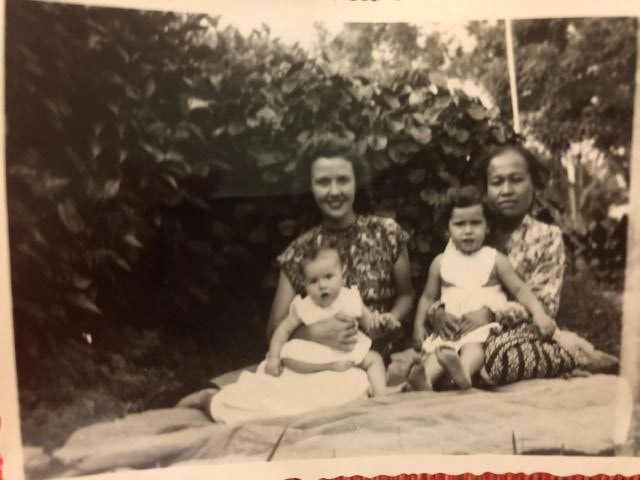 Iris’s story has a happy ending. Her brothers, her parents, and her newly-minted husband all survived. One brother flew for the RAF, another was taken to Hiroshima and was a POW there when the bomb dropped, and Richard and her father helped build the famous Bridge over the River Kwai (accurately the Mae Klong River) during the time known as the Railroad of Death.

Richard didn’t leave the KNIL. He became an intelligence officer and remained in Sumatra and Thailand through much of the Indonesian National Revolution from 1945-1950. Iris joined him, with their growing young family. After she’d had to defend herself and the children twice when Richard was out on a mission, they returned to Holland. 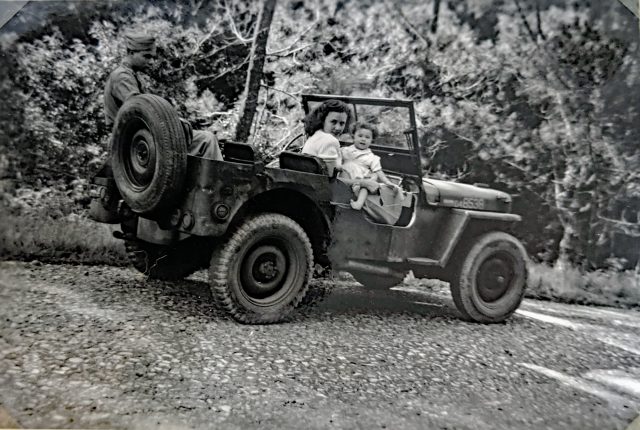 From the Netherlands to America

With over a quarter of a million other repatriated Dutch and Indos who left everything they loved behind in Indonesia, Iris and Richard made the best of their time in Holland. A chance for a more luxurious lifestyle beckoned in America, so once again, they packed their belongings and four children and flew across the Atlantic to New Jersey in 1956. Moving to Seattle came a few years later, Iris finally became an RN and Richard worked as an engineer for Boeing.

Six years of Iris’s story are fictionalized (over 90% of the events are true from 1939 to 1945) in the book: Sapphire Promise. In her last years, Iris lived with one of her daughters in a beautiful California home. She would have turned 98 on December 8th 2021, and I am proud/privileged/overjoyed that she trusted me to bring her story to life. She’s my ‘little buddy Iris’ now and forever. More of her family photos are available on www.sallybrandle.com.

The Seattle Art Museum brought Iris and multi-award-winning author Sally Brandle together as volunteers over 25 years ago. A shared love of horses, being the youngest and only girl in the family, and an uncanny wavelength of thinking alike keep them dear friends-even with a 30+ year age difference. Justine Eyre has agreed to narrate Iris’s inspirational story in time for the 80th Remembrance Day of Pearl Harbor. 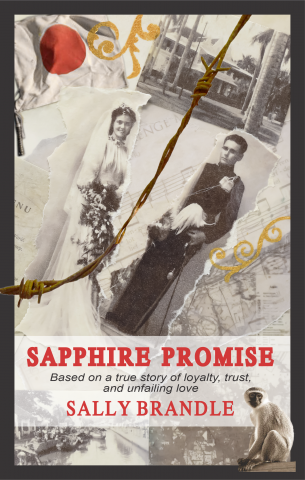 Sapphire Promise would make a fantastic read for a book club! A great way to introduce your friends to this part of Indo history or to learn more about it yourself. We welcome you to share your own Indo story at stories@theindoproject.org.