Recap from Jamie’s Seminar Presentation in the Netherlands 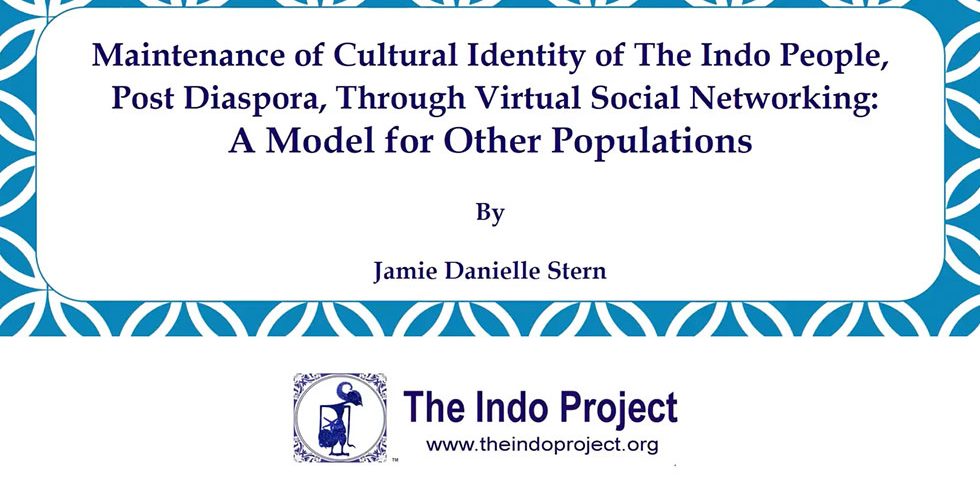 Recap from Jamie’s Seminar Presentation in the Netherlands

In August 2016, I was nominated to attend a Migration Seminar in the Netherlands to present the research I’ve been compiling for The Indo Project. Our data collection has been in progress for the past six years. (To participate in our data collection please click here.) Located in the Bioscience Park at Leiden University, the Lorentz Foundation brought together leading field researchers for this week-long event. It was a seminar, workshop, and think-tank. The other research scientists came from Australia, Brazil, the U.K., and different parts of the Netherlands. It was an honor to be both the only representative from the US as well as the only presenter who was focused on the topic of Indo migration. I am pleased to share the transcript of my presentation and slide show.

Maintenance of Cultural Identity of the Indo People, Post Diaspora,

Through Virtual Social Networking: A Model for Other Populations

I am the Research Director for The Indo Project (TIP), an international non-governmental organization (NGO). We are the first NGO to focus on the Indo people. My research to-date has focused on the Indo experience via cartography, cultural geography, data collection, statistical analyses, and cultural neuroscience.

The term “Indo” is defined by The Indo Project as a shortened term for Indo-European which means people of Indonesian and European lineage, who originated in the former Dutch East Indies.

My research with TIP represents Indos, both within the United States as well as internationally. TIP is based in the US with hubs in Southern California, Northern California, Massachusetts, and Florida. Under the auspices of TIP, I have been gathering and developing statistical data on the worldwide Indo population since 2011. My data collection allowed us to be the first organization to map the distribution pattern of the Indo population within the United States. By cross-referencing this data, we developed a worldwide population distribution map.

These maps have been very valuable to our scattered Indo community: allowing us to identify population centers as well as sparsely populated outposts.   Our maps have been used by students and by personnel in the San Francisco branch of the Dutch Consulate. Since 2010, we have been gathering personal recounts of the Indo experience and have developed an impressive archival database, which we are cataloguing into a virtual Museum-Library. All we have accomplished has been made possible by virtual, internet-based, social networking. Some current and ongoing projects include:

History of Indos in the US and Ongoing Research:

The Indo population of the United States originated as a diaspora of displaced persons from the former Dutch East Indies subsequent to World War II. The arrival of the Indos in the US is demonstrably a model of successful assimilation into a host society.

The majority of the Indo people encouraged their families to adopt the customs of the US and were regarded relatively approvingly as they did so. This attitude of fitting in and moving forward appears to be a direct consequence of the horrendous experiences endured by the first generation of post-diaspora Indos. They carried with them the traumas and experiences of social stratification in the Dutch East Indies; the horrors of World War II inside and outside of the internment camps; the chaotic Bersiap period; the loss of their homeland; repatriation to the Netherlands; encounters of racism in the Netherlands; and then often leaving the Netherlands and immigrating to a new country in hopes of a better life (with the hurtle of having to begin all over again for the second or third time).

The first generation Indos appear to have made a deliberate attempt to “forget” in an effort to move forward with their lives. This cultural-neuropsychological phenomenon has been anecdotally described in detail by hundreds of second generation Indos. We believe that the very small population size of the Indos immigrating to the US in the late 1950s to mid-1960s militated against the societal pressure that often influences migrant groups to stay close to each other. As a result, Indos did not form ethnic enclaves. While this facilitated more rapid assimilation, it greatly reduced cultural identity and created the beginning of a cultural disconnect that has led to a broadening chasm of lost personal and cultural history. The result has been a major dilution of Indo culture—leaving it on the verge of extinction.

Many second and subsequent generations of Indo people, albeit often diluted with genes of other ethnicities, quest for information on their heritage. The advent of social media and other forms of electronic communication, which the younger Indo people have rapidly and strongly embraced, have facilitated a reawakening of cultural interest.

Reliance on social media in the US is essentially rescuing the Indo culture from disappearance. Our micro-community, united through the Internet, appears to be experiencing a rebirth and is flourishing. We feel that this has demonstrated successful maintenance of the Indo culture in the US. We believe our methodology can be applied to other at-risk populations and should be used as a baseline to measure the success of cultural rescue via social media. Current topics and questions that are still being addressed:

Of all attempts to encourage cultural maintenance, the most effective modality for connecting Indos has been virtually, through the Internet, and specifically Facebook, through groups such as The Indo Project, The Indo Sisters, The Old Dutch-Indonesian Community, The Indo Kitchen, and others. Social media obviates the problem of distance, otherwise often preventing Indos in one locale from interacting with other Indos worldwide.

It is also critical that we address the underlying traumas that manifest as neuropsychological disturbances to many members of the worldwide Indo population. These include:

All of these social stressors have impacted the social dynamic of the Indos, and have been a hindrance to cultural maintenance. Many want to forget the pain and suffering and have shut out that portion of their lives. But the traumas are an important part of the Indo experience because they are the direct reason that our culture is without a homeland, why our culture has been teetering on the edge of extinction, and why so many Indos outside of the Netherlands no longer speak Dutch.

The traumas sustained by the Indos have been addressed in the Netherlands through governmental programs and private practice psychologists. In the US, Indos did not have programs specifically designed to even acknowledge what they had endured. As a core task, The Indo Project is working on a program to use a variety of methodologies to help our elder Indos cope with the lingering memories of the traumas, and to feel comfortable sharing their personal histories. This task is fairly urgent as many are quite elderly. We need to learn from them while we still have the opportunity and privilege to do so.

My newest role in TIP, as a private practice Neurological Clinician, will be in exploring the use of Neurofeedback therapy to help volunteers heal enough to share and release their memories. By helping older generation Indo people to self-regulate, they will individually find more peace in their lives, and help contribute critical data to US Indo research.

My work in cultural neuroscience allows me to work with patients who have endured a variety of traumatic experiences that result in PTSD symptoms:

My current Neurofeedback modalities are NeurOptimal® and Cygnet which support brain resilience and stability of the central nervous system. Through non-invasive monitoring of the electrical activity in a person’s brain, we retrain neuropathways and create more favorable and comfortable mental states. I have an example of how this works taken from volunteers at this conference, who I thank for their cooperation.

Please click on this link to see the slides and watch the map video.

Thank you for your attention. I’ll be pleased to answer questions if time permits. 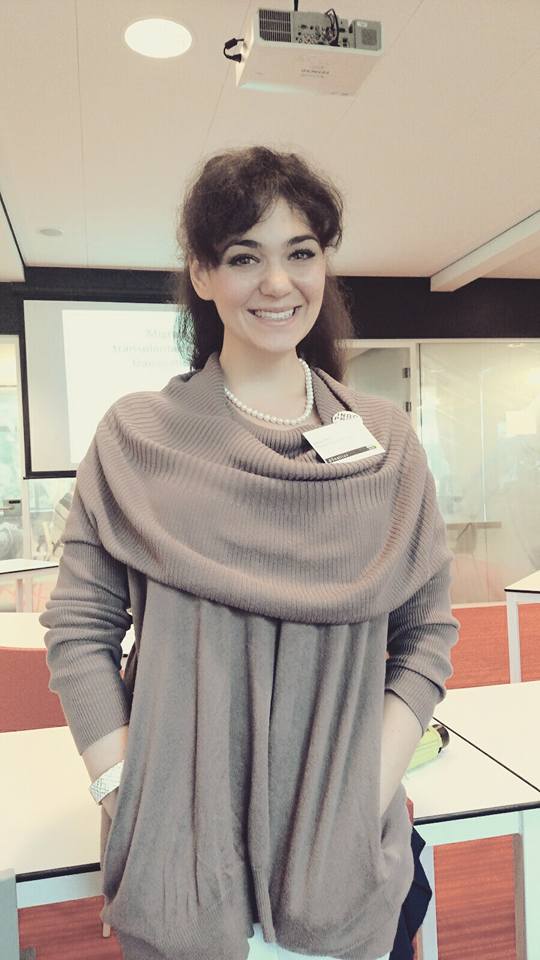