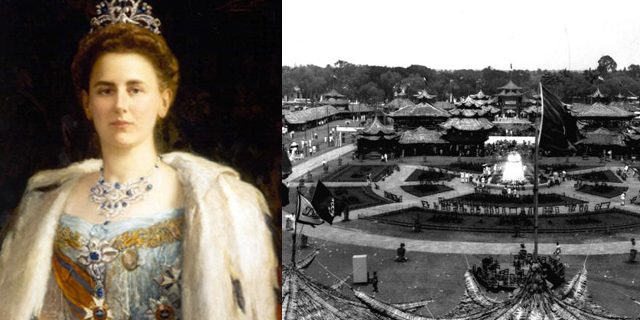 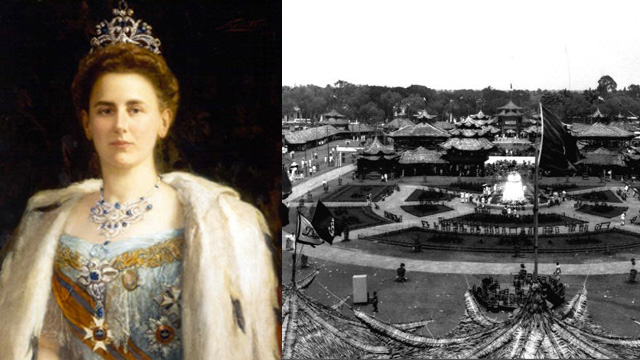 Queens Day (Koninginnedag in Dutch) is the most beloved and anticipated national holiday in the Kingdom of the Netherlands. It’s celebrated on April 30 to commemorate the birthday of the country’s (former) Queen and a symbol of national unity. The entire country has festivities and in Amsterdam in particular, the celebrations rival those of Mardi Gras in New Orleans or New Year’s Eve in New York City.

The holiday was first observed on August 31, 1885 as Prinsessedag or Princess’s Day, the fifth birthday of Princess Wilhelmina, heiress to the Dutch throne. On her accession, the holiday acquired its present name, Koninginnedag. When held on August 31st, the holiday was the final day of school summer vacation, leading to its popularity among children.

Back in the day, in the former Dutch East Indies, the birthday of Queen Wilhelmina was celebrated  at the Pasar Gambir (Gambir Market) in the Koningsplein, Batavia (now Merdeka Square, Jakarta). This event was held for the first time in 1906 and yearly from 1921 until 1942. In 1921, due to great interest in the event — attendance over one week had reached 75,000 — the Dutch decided to hold it yearly to coincide with the queen’s birthday; as such, the week long fair was held from the end of August until the beginning of September.  After the Japanese occupied the Indies, the fair was no longer held. Gambir market featured hundreds of kiosks selling arts and crafts, food and other items. It also included singing competitions, dances and movie showings. Other activities included association football games and lottery. Most visitors were European and ethnic Chinese; rich natives also went.

Koninginnedag in modern days has become known for its nationwide vrijmarkt (“free market”), at which many Dutch sell their secondhand items. It is also an opportunity for “orange madness”, as many people will dress in the national colors.  Orange is the color of the Dutch Royal Family – the lineage of the current dynasty – the House of Oranje-Nassau (Oranje is the Dutch word for Orange). Today it symbolizes a broader pride in the country and in being Dutch.

It is going to be a very special Queens Day this year, as Queen Beatrix will abdicate her throne after 32 years to make way for her son King-to-be Willem-Alexander on April 30th. The investiture will take place in Amsterdam. When Willem-Alexander will be King, the Dutch Queens Day will be renamed Kings Day and will be celebrated on his birthday April 27. The first Kings Day will be celebrated in 2014. Since the 27th is a Sunday, the Kings Day will be moved to Saturday April 26.

This year the Dutch community in North America will celebrate their monarchy in different cities with fairs and smaller gatherings. In California, two large events are planned; one in San Francisco April 27th  and the other in Los Angeles in April 28th.