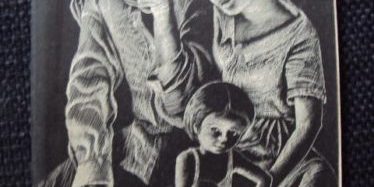 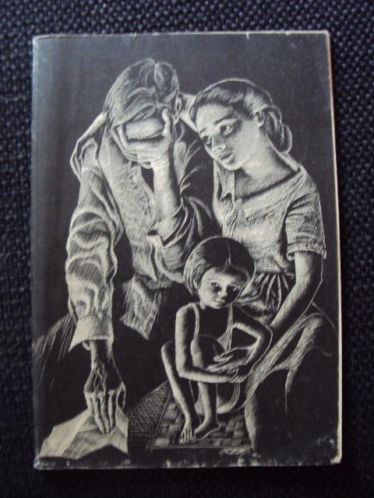 The end of Dutch colonization in the Dutch East Indies was marked with waves of repatriation. Most of the Dutch-Indonesian citizens in Indonesia received the right to repatriate to the Netherlands from the period of 1949-1967. While most of the Dutch-Indonesians repatriated during this period, few were unable to secure this right, and trapped with systematic poverty that rooted from post-colonial problems.

Poverty is a common problem in Indonesia, but poverty among Dutch-Indonesians, although serious, has not been studied thoroughly because most of these unrepatriated Dutch-Indonesians are now legally Indonesian citizens even though they lost their Dutch citizenship unwillingly. There can also be cases where they are now still stateless because they do not have proper documentation proving Dutch citizenship.

However, we have to ask the key question: What really happened to these people? As poverty is a symptom, we have to investigate the root of the problem: the Dutch citizenship law.

In 1892, The Netherlands issued new citizenship rules under one “Dutch Nationality Act” (Wet op het Nederlanderschap en het ingezetenenschap) granting citizenship only to European-born citizens and children legally recognized by Dutch fathers. Ironically, this discrimination only occurred in the East Indies and did not apply to other colonies. The 1892 Nationality Act caused the majority of the natives –i.e., Indigenous– to become legally stateless, although the Dutch government still treated them as Dutch citizens.

The citizenship issue became more complicated as the People’s Republic of China claimed all people of Chinese descent as legal citizens of China even though they lived in The Dutch East Indies. To solve this situation the Dutch introduced Act on the Status of Netherlands Subject  classifying the non-Europeans as “Dutch Subject non-Dutch citizens”, practically a second rank citizen status. This rank would be used to designate citizens of Indonesian after the dissolution of the United States of Indonesia in 1950 to the Republic of Indonesia that separated Indonesian and Dutch citizenship law. In 1957, Soekarno declared Dutch citizens in Indonesia as persona non grata and declared them to get out of Indonesia.

The Dutch government thus opened the repatriation program. At first, about 13,600 Dutch Indonesians chose Indonesian citizenship; however, many regretted this decision later, and due to pressure of the Indische lobby to Parliament (such as The Nationale Actie Steunt Spijtoptanten in Indonesië/ NASSI), the Dutch government allowed those who regretted having denied their Dutch citizenship to be admitted to the Netherlands. These people were called Spijtoptanten. Within a limited time frame, another chance was given to the Spijtoptanten to repatriate to Netherlands for better opportunities. Unfortunately, there were instances where some were unable to repatriate because they could not prove their Dutch citizenship due to missing paper work, denial of Dutch paternal recognition, or simply being uninformed. In addition, if a Dutch person were married to a non-Dutch person in The Dutch-East Indies, he/she would not be able to secure the right to repatriate because at the time of marriage, he/she had to abdicate his/her Dutch citizenship due to that archaic law.

People who were unable to repatriate had to live in Indonesia as a weak, powerless minority. Many lower middle class Dutch-Indonesians were unable to find jobs after WW II. During the colonial period, they were dependent on the government for jobs. About 47.3% of the Dutch Indonesians were working in civil service, and the new Indonesian Republic gradually replaced its administration staffs with Indonesian natives.

Fortunately, a few Dutch-Indonesian foundations such as HALIN (http://www.stichtinghalin.nl) and Help de Indische in Indonesië (www.helpindischeninind.com) have been taking care of these elderly people. These Spijtoptanten are donor-dependant and unable to secure aid from the Dutch government.  They also have to use the money given to them to pay insurance premiums to BPJS (Badan Penyelenggara Jaminan Sosial, a Social Security Management Agency). In addition, several of these elderly people, who became victims of transition, have received assistance in house repair, allowance, admittance to a home for the elderly so that their present conditions could be improved.

Due to lack of data, determining the economic level of these un-repatriated Spijtoptanten is difficult, as the Indonesian government does not classify poverty level based on ethnicity. However, Help de Indischen reported many of these people have an income of about $10-30 per month. Considering that Indonesia’s GDP per capita is about $3,475 in 2013, assuming an Indonesian’s average income as about $287 per year, these people would only have an income of 1/10th of the average Indonesian, and thus almost reaches an extreme level of poverty. This poverty level is just the tip of the iceberg since much data is still lacking.

It is easy to ignore this reality, as Spijtoptanten are no longer considered as a Dutch problem: They are now legally Indonesian citizens. Why should the Dutch people and the Dutch government bother? The answer is simple: The Spijtoptanten lost their citizenship not by choice despite the fact they were born as legal Dutch citizens. The Dutch politicians notably racialized their attitude toward Dutch-Indonesians, and started to designate them as unfit to Dutch society; however, this political maneuver did not apply to white Dutch.

Who is truly responsible?

Thus, we come to the ultimate questions: Who are really responsible for their misery? What really should be done?

It is easy to blame poor people for being poor without investigating their background.  Should the poor Dutch-Indonesians living in poverty be blamed for their condition and their inability to find employment at a time when many jobs are available due to Indonesia’s booming economy? The question, therefore, is: Why can they not participate in a country whose GDP is bigger than the Netherlands?

How can a person provide education for his children when the cost is prohibitive for families who have virtually no income? Without proper education, a person simply has no chance of obtaining any kind of sustaining employment. Therefore, poverty for these people is simply a vicious cycle.

In the case of the Spijtoptanten, their social status was already degraded to below the norm of society during the Japanese occupation. They became social outcasts of the country where they and their ancestry were born. Some of these Spijtoptanten have lived on the islands for over a hundred years of more. Their heritage, if you will, is essentially Dutch colonial and not Indonesian. Now, however, their inherent fatherland, The Netherlands, and its politicized bureaucracy have also rejected them.

The heritage of the Spijtoptanten is not considered part of the Indonesian heritage. It is not easy for them to feel “Indonesian” when their Dutch heritage is looked down upon, and the Bersiap period is not even mentioned in Indonesian history.  It is ironic, however, that today many Indonesians adore individuals of mixed heritage and fetishize people of “Eurasian” ancestry for their appearance; although, historically this has not always been the case.

With all due respect, HALIN and Help de Indischen, have done their very best to care for the Dutch-Indonesians and to improve their living conditions. However, their approach has not touched the real problem as to why the loss of citizenship occurred in the first place. Non-governmental organizations have limited capacity to empower people. Eventually, the Spijtoptanten problem should be admitted by the Netherlands as ‘a problem’. The Dutch government then should restore their citizenship so that their needs can be met.

The Dutch constitution 1983 explicitly states statutes that contradict international laws are void. Ignoring the Spijtoptanten issue may be violating the Dutch constitution considering it ratified the Universal Declaration of Human Rights 1948 where Article 15 states that:

While most people think citizenship is a right, the case of Spijtoptanten has made Dutch nationality a privilege.

If we are looking at the development of minority issues in The Netherlands, admitting the Spijtoptanten as a Dutch problem is probably the last thing the Dutch government wants, as it is currently facing immigrant problems.

These poor Spijtoptanten are neither skilled workers nor middle class. If they regained their citizenship, for example, does that mean the Dutch government would have to pay for their welfare? Would they need to be repatriated to The Netherlands, also?

There are economic consequences for helping people, and those ramifications do not add anything to the Dutch economy; instead, the social welfare budget would increase.

The Dutch government is also very reluctant to admit its past responsibility related to Dutch East Indies. For example, in 2011, The Dutch government rejected a lawsuit for war crime in Rawagede where the Dutch military massacred civilians on the basis that the case was too old. Rawagede lawsuit indicated that the Dutch have never accepted its past and its wrongdoings.

Further, for a country that has been affected by the European Sovereign crisis and austerity measures, the plight of Spijtoptanten is not a very interesting issue for Dutch politicians. Of course, there is also an option for the Spijtoptanten, who lost their citizenship (from maternal lineage), by applying for the Latent Dutch option. However, there is no guarantee either as the process is expensive, and /or not all people retained their legal documents after the war or simply lost them.

Historically, the Dutch-Indonesians in the Netherlands had certain influence that could have pressured the Dutch government to reopen the repatriation program for Spijtoptanten. They were the people who had power to change the lives of these people.

But of course, today, we can be thankful to all the people who are helping these “Vergeten Indos”.

Jones, G. (2012). Dutch politicians, the Dutch nation and the dynamics of post-colonial citizenship. In Bosma, U. (Ed.), Post-colonial Immigrants and Identity Formations in the Netherlands (pp 27-48). Amsterdam University Press.

Jong, Louis. The collapse of a colonial society: the Dutch in Indonesia during the Second World War. Vol. 206. University of Washington Press, 2002.

Calvin Michel de Wilde is a Dutch-Indonesian from Makassar, Indonesia. He is currently studying Master of International Development in New Zealand. He has volunteered for The Indo Project since 2010. He welcomes any discussions, commentaries and debates over this issue. Please send your email to calvinmichel@gmail.com