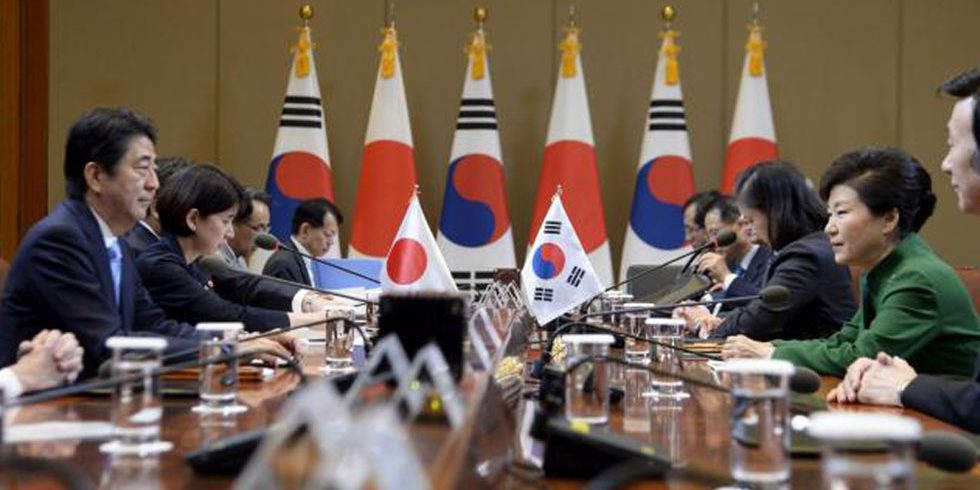 While Japan has received considerable and positive media attention with the latest agreement between Japan and South Korea, with regard to the compensation of the last surviving Korean sex slaves of the Japanese Imperial Army, this is, like the recent gesture of the Dutch government with regard to the last 1,100 survivors of the Dutch East Indies civil service and army, a gesture that comes much too late and can be viewed as an excuse to close the book on WWII in Asia once and for all. The Indo Project wants to remind the world that, during WWII, young girls and women were recruited and raped against their will all over Asia, and that sadly, the surviving Korean women are now being used again for the political agenda of Shinzo Abe whose mind is set on re-arming and re-militarizing Japan. We wholeheartedly agree with the press release of the the Comfort Women Coalition in San Francisco which you can read below:

SAN FRANCISCO, CA – The San Francisco-based Comfort Women Justice Coalition (CWJC), a collaboration of multi-ethnic human rights and community organizations, challenges the recent bi-lateral agreement between Japan and the Republic of Korea concerning the Japanese Imperial Army’s system of sexual slavery by capture of girls used as “Comfort Women” during World War II as mere statements of political expediency by government figure heads and does nothing to include official government action by the Japanese government to formally apologize to the ‘Comfort Women’ or to adequately compensate them.

According to U.S. State Department press briefings and analysis by Asia Policy Point, a Washington, D.C., research center studying the U.S. policy relationship with Northeast Asia, Japan has offered an $8.3 million settlement fund to pay for the care of surviving ‘Comfort Women’ in South Korea, amounting to about $180,000 per survivor, but without money paid directly to each woman. To note, no survivors or descendants were included in discussions. The agreement also silences the ‘Comfort Women’ in South Korea from ever raising the issue in international fora, including the United Nations, leaving the ‘Comfort Women’ without a governmental advocate.

Indeed, Japan has offered nothing of substance. The statements offered were independently issued and not a joint statement. The statement offered by Prime Minister Shinzo Abe is a diluted version of the 1993 Kono Statement, a statement made by then-Chief Cabinet Secretary Yohei Kono after a government study that acknowledged Japan’s role in the coercion of girls to the ‘Comfort Women’ system; the Kono Statement continues to be resoundingly rejected by Japan conservatives. The agreement has not been ratified by the Cabinet so is subject to equivocation. The agreement leaves out ‘Comfort Women’ in other parts of Asia, most notably China, the Philippines, and Indonesia.

The agreement also leaves out any requirement for documenting the history and providing World War II in an objective portrayal and including Japan’s role in engineering the ‘Comfort Women’ system. This year, Japan tripled its budget to $500 million to rewrite its role in World War II and not only deny its role with regard to ‘Comfort Women’ and to speak of the Rape of Nanking where over 300,000 civilians were raped and slaughtered in a six week period as the “Nanking Incident” but to erase history from textbooks. This effort has been successful in Japan but their dogged efforts have been less successful globally. The $8.3 million settlement fund is an insult to ‘Comfort Women’ of South Korea, especially in light of the $500 million budget to deny history. A condition on South Korea is to remove a memorial erected near the Japan Embassy in Seoul. Has Japan achieved its goal in buying silence from South Korea? Will it attempt the same in other parts of Asia?

This bi-lateral agreement runs counter to the findings of independent organizations who contributed to the 2014 Recommendations to the U.N. Human Rights Bodies on the Issue of Japan’s Military Sexual Slavery (Comfort Women) and in particular having Japan acknowledge its role and documenting history so that such atrocities do not continue.

CWJC will not relent in its mission for justice for all ‘Comfort Women’ through education and memorialization so that we can one day eradicate modern day human trafficking. 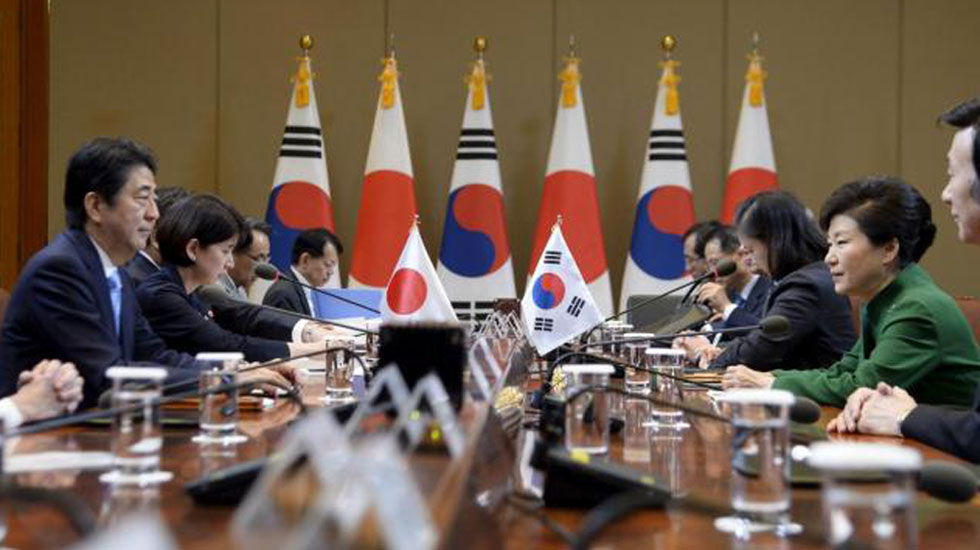