Nutmeg: A Spice with a Secret That Isn’t So Nice. 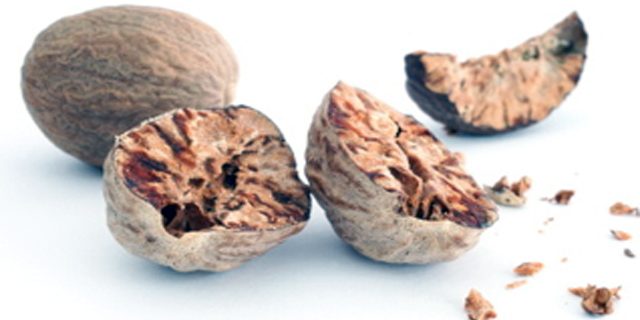 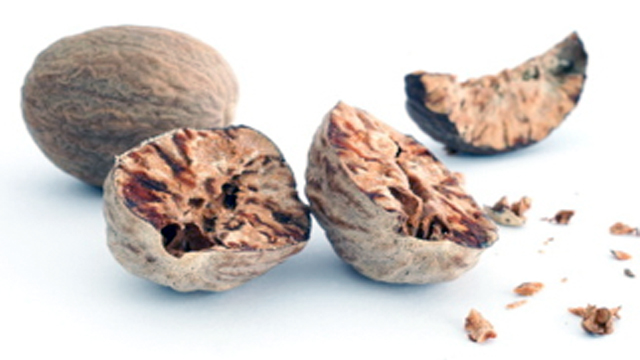 It’s a spice whose aroma evokes warm memories of the holidays for many — baked into pumpkin pies, kneaded into sausages and sprinkled atop mugs of eggnog. It has a pungent, earthy and slightly sweet taste, making it versatile for use in a variety of foods and beverages. You can find it just about anywhere these days and especially this time of year. But that wasn’t always the case, as Allison Aubrey of NPR recently reminded us.

Until the 18th and 19th centuries, nutmeg was a lot harder to come by. Indigenous to the Banda islands, part of the Moluccas (the Spice Islands) of Indonesia, this was also once the only place in the world that nutmeg grew. And once European spice traders learned of its existence, they began to battle for exclusive rights to the spice.

In the early 17th century, the Dutch East India Company (VOC) seized the islands from the Portuguese and moved to monopolize the trade with what Oliver Thring, writing for the Guardian, described as “paranoid brutality, banning the export of the trees, drenching every nutmeg in lime before shipping to render it infertile, and imposing the death penalty on anyone suspected of stealing, growing or selling nutmegs elsewhere.” The Dutch, in fact, perpetrated a massacre.

When some native islanders dared protest, the head of the VOC “ordered the systematic quartering and beheading of every Bandanese male over the age of 15. The population of the Banda islands was around 15,000 when the VOC arrived. 15 years later, it was 600.” An entire population decimated, and for what? A bit of flavoring for food?

Nutmeg wasn’t just a spice, though. It was also used as an incense as well as a medicine that was supposed to cure stomach ailments, headaches and fever. It was even thought to ward off plague. At one point in the 1300s, a pound of nutmeg cost seven fattened oxen.

At any rate, the Dutch clearly wanted the monopoly on nutmeg, which it just about had but for one nutmeg-producing island held by the British, called Run. After decades of skirmishes, the two companies agreed to a swap in the mid-17th century. In handing over Run to the Dutch, the British got a trading post out west that we now know as Manhattan.

In 1769, a French horticulturist named Pierre Poivre managed to smuggle some nutmeg from the Banda islands to Mauritius, ending the Dutch monopoly at last. The British East India Company brought the tree to Penang, Singapore, India, the West Indies and Grenada, which is now the second largest producer of nutmeg.

What people do for food — or, I should say, what people do to make money on food. To a degree, the Dutch East India Company is not unlike today’s food corporations, whose pursuit of profits comes at considerable cost to people and planet. But the story of nutmeg has come a long way. As sordid as it once was, today there’s a nostalgia for nutmeg as a spice for the holidays, and we might as well enjoy it.