‘MURDER OF (INDIES) DUTCH IS GENOCIDE’. 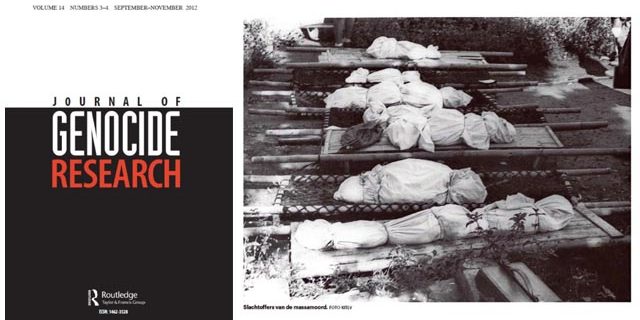 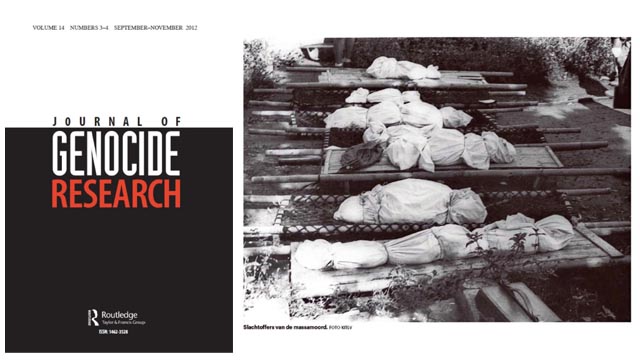 RIJSWIJK, THE NETHERLANDS – The wave of ethnic violence in the Dutch East Indies that started in 1945, has been regretfully relegated to the background by the Netherlands. The murder of thousands of (Indies) Dutch during the Bersiap period, has always been tentatively accepted, “while it can best be defined as ethnic cleansing.”

This is the statement made by the American historian William H. Frederick, as recorded in an interview in the newspaper TROUW.  In the article, he speaks of “postcolonial memory loss” by Dutch authorities.

According to the newspaper, the 72-year old historian has devoted his entire scientific career to the history of Indonesia.  After Japan’s capitulation, Indonesian warriors murdered thousands of Dutch citizens who were only recently liberated from Japanese internment camps.  They wanted to prevent at all costs that the colonial authority would be reestablished, according to Frederick.  An article regarding this research can be found in the British scientific Journal of Genocide Research.

“The Bersiap period is, without a doubt, a black page in the history of Indonesia as well as that of the Netherlands,” according to Frederick.  He says that he isn’t aware of any other country that has condoned the murder so many fellow citizens, has accepted this and have subsequently forgotten about it.  “I still detect the tendency by so many non-Indonesian as well as Indonesian alike, to regard that revolution as being more or less harmless, at least viewed on a worldwide scale, and not to judge it as being so violent.”

He labels it “extremely meager” that minister Frans Timmermans  (Dutch Minister of the Exterior) opined that institutes desiring to conduct research of the Dutch East Indies decolonization period, fund this themselves. “The real reason, as I see it, has to be addressed in the diplomatic realm,” he said in TROUW.  “I understand that the Indonesian government is reluctant to conduct an investigation, because they would not be proud of the Bersiap.  Dutch diplomats in Jakarta become nervous about such an investigation, because this could make their lives more complicated. This, while such an investigation is obviously highly essential.”