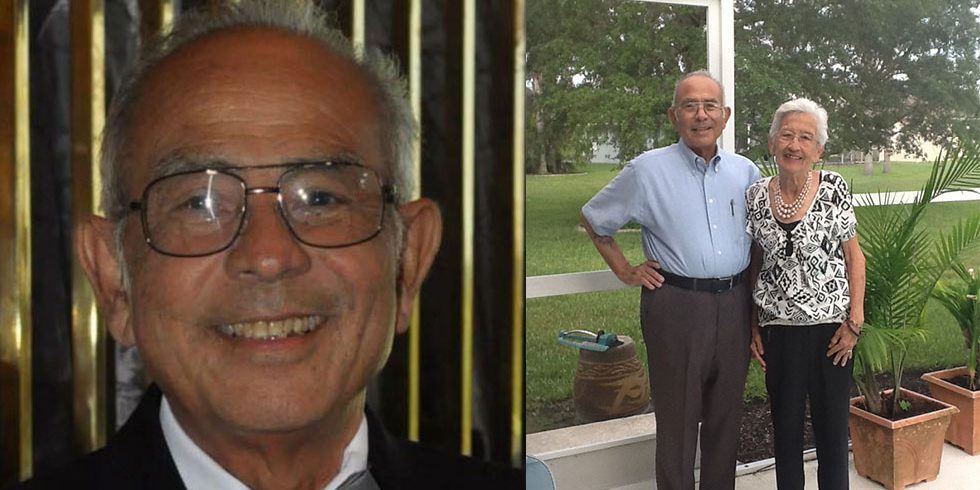 Sybald L. Loth passed away on December 18, 2015. To say that we miss him at The Indo Project (TIP) would be a gross understatement. He left not only a grieving family and friends but a huge void in the organization in whose work he believed in so strongly.

Sybald was born in Malang on December 28, 1935 to Francois Loth and Georgina v. Kampen-Loth, graduated from Rotterdam (NL) Mechanical Engineer and Technical School and was a Merchant Marine who sailed the world twice by the age of 22. In 1961, he married Sonja Marie van Beekom. and soon thereafter, they moved to the USA settling in California. Through hard work he became a design engineer that led him on a long and prosperous career with the federal government as a Facilities Engineer. Prior to retiring from Central Command, MacDill AFB, Tampa, FL, he was assigned to the China Lake Naval Weapons Center and the Naval Avionics Center in Indianapolis. Sybald was a dedicated husband and father and his friends and coworkers will remember his smile, his wit and his many stories about Indonesia, the Netherlands and his life in America, “The Greatest Country”, he would say.

I could just leave this short memoriam as is but there was another interesting side to Sybald you need to know. He was passionate about teaching people about his Indo heritage that traced back to the 1600’s to an ancestor who was a member of the Dutch East Indies Company.

Back in 2010, when The Indo Project was just taking off and I was visiting with some of the elders of the Indo community in Southern California, someone there suggested contacting Sybald Loth on one of my frequent trips to Tampa to see my children. Sybald lived about 45 minutes north of Tampa and was described as a true Indo activist who was proud of his Indo roots so much so that he and his wife Sonja held small gatherings at his house on a regular basis to bring the Indo community together in the Spring Hill area of FL. When I called Sybald and told him about TIP’s mission, he immediately suggested that the next time I was in Tampa, he would have a gathering at his house to promote The Indo Project and its goals. That was the type of person Sybald was. From that day on, with his help, The Indo Project was able to hold twice-yearly kumpulans in Spring Hill. Sybald was THE key person for these events, serving as the promoter and Treasurer. He would send out the invitations, keep track of the registrations, drum up people to attend and if that wasn’t enough, he and Sonja would also cook some of the lempers and lumpias for the event! They even talked their daughter, Michelle, into flying in from Texas for each kumpulan to help out. And, boy did she help out in managing the kitchen and food.

Sybald and Sonja loved to cook and entertain and get everyone involved. Every time, I came to Tampa, I would put aside a Sunday so I could drive up to see them and without fail there would be other Indos doing the same…it was a joy visiting Sybald especially when he made his “es pasrah” with rose syrup and all the toppings!

He would also make sure whenever The Indo Project newsletter was published, that the people in Florida who could not access the Internet would receive a copy. He would actually print a great number of copies on his own printer, address the envelopes, buy the stamps, and mail them out as his contribution to TIP!

In the past year and a half, Sybald’s health started to fail and with that our own joy in setting up the kumpulans, waned. In 2015, The Indo Project kumpulans were not held. Because of his and Sonja’s failing health, they moved away from Florida and went to live with their daughter Maureen and her family in Alabama but he did not forget to stay in touch by phone between hospitalizations. He would always ask about the next kumpulan. My standard reply would be “not until you get better.” He would even send a photo of his doctor at his bedside at the hospital! We all know that it is inevitable that circumstances in life will tear us apart from loved ones and that it will hurt when that happens but it is still a shock when it happens. I still miss his calls that always started with “Prissie, this is Sybald Loth….” as if I would not recognize that familiar voice. Sybald was a gem and a great blessing not only to The Indo Project but to everyone around him. He leaves his wife, Sonja, his two daughters, Michelle and Maureen their husbands, two grandsons and a granddaughter. To them, we express our sincere thanks and appreciation for having shared Sybald with us.

On Sunday, April 24, 2016, The Indo Project will re-start the kumpulans in Florida again. At the event, we will honor Sybald’s memory and his deep commitment in bringing the Indo community together in Florida. At this event, we will be airing his daughter’s Maureen’s tribute to her Dad which you can find here.

~~ Priscilla Kluge McMullen – Co-founder and Chair of The Indo Project.