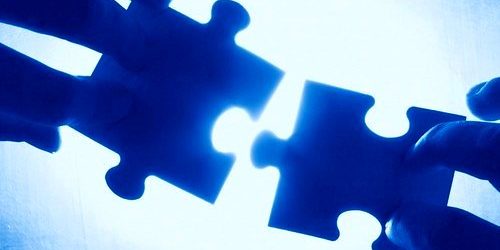 According  to  the  Dutch  Bureau  for  Statistics (CBS) it  has  been  shown  that  Indos  in  the  Netherlands have lower  than  average  crime  rates,  incomes  at  par  with  pure  ethnic  Dutch  citizens  and  rates  of  participation  in  government,  education  and  healthcare  fields  close  to  the  national  average.  These  statistics are reflected in data from the USA and Canada as well.

The  original  migrants  from  Indonesia  did  their  duties  to  their  adopted  lands  and  worked  hard  at  assimilation  and  integration  for  themselves  and  their  children.  For  years,  the  old  ones  worked  hard.  However,  while  fulfilling  their  duties  to  their  new  countries,  they  did  so  in  silence.   For  many  of  those  who left  the warm  breezes  of  their  tropical  home, many  made  a choice  subconsciously or  consciously  to not  relay  their  stories  to  the  next  generations.

On the North  American  side  of  the  Atlantic  Ocean,  it  is  as  though  a  collective mind  simultaneously  turned  off  the  information  that  should have  been  relayed  to  the young.  This  absence  of  information  has  led  to  a  hole  in  the  history  of  the  third  generation  of  Indos  that  live in the USA and Canada.  For  the  most  part,  there  are  very  few  English  books  on  the  subject, no  film,  no  cultural  events  and  no  real  connection  to  their  past.  There  are  no  outside  cultural  influences  on  Indos  that  help  them  identify  with  their  history.  Especially  the  young  ones  cannot  speak,  read  or  write  Indonesian  or  Dutch,  but  they  can  understand  a  few  words  passed  on  from  grandparents.  Ironically, one  of  the  only constants  that most Indos share is the love of Indonesian food and eating.

There  are  many  second and third  generation  Indos  that  do  not  really  care  about  their  heritage  and  have  completely  assimilated  into  their  respective  cultures.  They see themselves  as  fully  American  or  Canadian  and  have  no  desire  to  pursue  their  past.  This  is  a sad testament  to the ability  of  the  Indo to blend into whatever society that they join.  The Indo can be found in every corner of the world with the highest concentrations in the Netherlands, Australia and the USA.

For  those who do  wish  to  look,  it  is  as though  they live in a cultural vacuum.  In  the  US and Canada the Indo  is often mistaken  for  Philippine,  Hispanic,  American  Indian,  Hawaiian, or someone  of  Middle  Eastern  descent.  There  is a lot of  explanation  required  when  asked  where  they  are  from,  because  the  history  of  Holland  and  Indonesia  is  not  known  at  all. Couple  aging  and  silent  grandparents, with  the absence  of  information and no cultural influence  with  a  language  barrier, it makes it almost impossible to search for ones past. Also it should be noted that those who search for their past do not wish a return to colonial  rule  or for  an Indo homeland or any such thing for Indonesia; they  only wish to know the truth of their origin.

However, the  modern age  is  changing  how  people  connect  with  one  another.  The  age  of  email,  the internet, and  social  networks are changing how people look for their roots.  Many  people  of  Indonesian descent  are  now  searching  through  the internet to  find  lost  loved  ones  and  reconnect with  those on the other  side  of  the  world.  They post old  photographs and  dust  manuscripts  to  have  them  translated to  English.  Slowly, the  holes that  were  once  dark, are  now being  illuminated  by voices  from across  the ocean in the blink of an eye.

One group that is currently a fledgling nonprofit organization is called  The  Indo  Project, or TIP  for  short.  The  TIP  organization  originated  in  the  United  States  and  its  main  goal  is  to  keep  the  Indo heritage  alive.  This  group  can  be  found on  Twitter,  YouTube,  MySpace  and  Facebook.  The completion of a  documentary  is  one  of  its  main  goals  and  is  intended  to  raise  awareness  of  Indo  history.  There  are other  groups  on  social  networks such as Facebook that have a  specific  purpose of reconnecting  the past with the present.

The  people who are  looking  for  their  roots  are in a race  against  time and complacency.  The  generation that was  born  in  Indonesia are  slowly  passing  into  history,  and  the  generation  that  replaces  them are faced  with a choice.  That  choice  is  to  move  forward  into  the  future  and  let  the  Indo  become  a  dying breed, or they  can  try  to  preserve their  history  for  future  generations.  It  is  inevitable  that  blood  lines become  diluted  and  blurred  as  time  passes,  but  if  the  steps  are  taken  now,  there  will  be something to pass on so that the ones who follow after them will know their roots.

This is an excerpt from Jack’s essay, “Missing Pieces”.  Jack Profijt is the creator of the Dutch-Indonesian Community Facebook page, which has grown to 3,123 members worldwide with the highest number from North America.  He was born in Holland and as a baby, immigrated to Canada with his Indo parents.