Kumis Kucing through the ages. 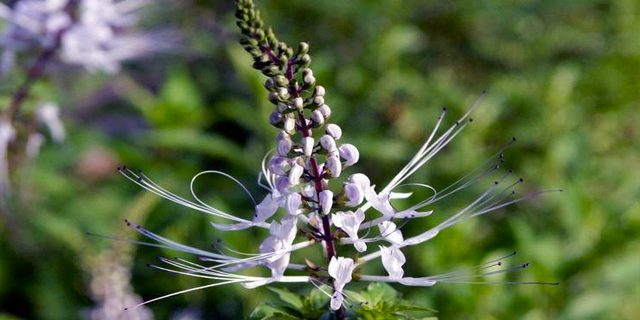 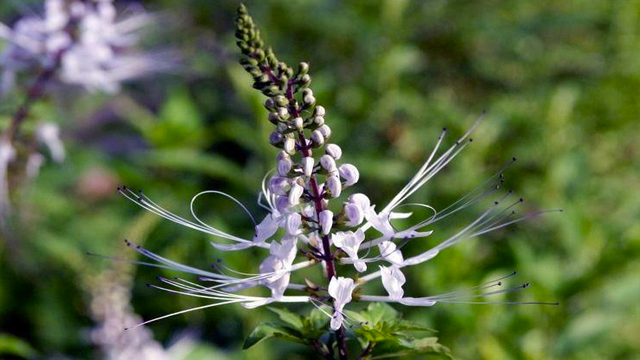 Under this heading I submitted a rather extended essay to MOESSON in the Netherlands. It was published in the December 1985 and January 1986 edition and I received several inquiries from the public at that time. This is a short summary of that article.

Kumis kucing, remoedjoeng, cat’s whiskers or kidney tea, its English names, has found favor as a medicinal herbs in Europe some time ago. It has since been formulated in table form.  Kumis kucing (Orthosiphon stamineus) is a native herb in the tropics, growing in the wild, cultivated in native yards and frequently found along stream beds. Most elderly Indos undoubtedly have a nodding acquaintance with its medicinal properties.

How did I generate interest in studying this particular herb? Early on I became aware of its folklore through my studies at the Deventer Landbouw School the 60’s. Years later I wanted to explore if a thesis could be written regarding its beneficial use, especially for women during a certain “period” of their lives. The plant world has for centuries been the sole source of remedies for human ailments.  Therefore, it seems logical that the old familiar preparations should continue to be used or brought back into practice.  This is particularly relevant in view of the often insidious side effects of medicines manufactured by chemical means.

In the process of reviewing related literature, I found a total of at least 78 references regarding this herb published  in several languages.  This has resulted in the formulation of my proposed research protocol for further study at a university in southern California. Articles extoling the beneficial use of kumis kucing were already published as early as 1886. Scientific research into the efficacy and action of the plant has continued to the present day.

I found out that in the former Dutch East Indies, this plant proved beneficial for those who are suffering from certain renal conditions.   Leaves and stems are air dried and stored for making tea. Medical indications are for inflammation of the urethra, bladder, reduced urine secretion, stones in the urinary tract and renal calculus. It will even reduce the chance of developing gout, kidney and gall stones, and is used as a diuretic. Even males benefit from its use.

However, the well-known herbalist Kloppenburg-Versteegh in her book “Wenken en Raadgevingen…” (1915) recommended to also include other plant parts that promote increased kidney activity, such as corn and a few other tropical herbs. Before using kumis kucing, It would be advisable to consult your physician if you want to try this herb. It is available as dried leaves or more recently in pill form through The Singer Import b.v. company in The Hague..

As of this day, my wife and still use this herb as a tea on a regular basis and found it to be beneficial for our kidney function.  We import the dry product from the Netherlands.