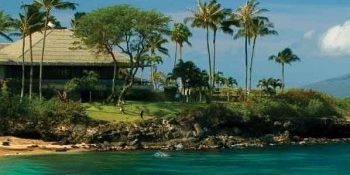 It was with great pleasure to finally talk with Kimo Huybrechts, a diverse musician from Hawaii of Indo heritage.   His music group Ranga Pae was formed in 1995.   Ranga Pae means “encircling the earth” in the Maori language.  The name came about when Kimo and a team from Hawaii had a rich exchange with the Maori people of New Zealand about their faith, music, and culture which inspired him to adopt the name. He received a blessing from a Maori elder and was given permission to use this name for his new band. 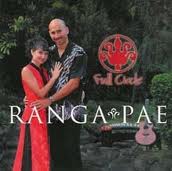 Kimo and his wife Jody have carved out a harmonious living together producing this wonderful eclectic music which is likened to Hawaiian-Pacific fusion.  They hold degrees in cultural anthropology/ethnomusicology and make it their mission to promote appreciation of cultural music through various projects. His music is a fusion of Pacific Rim elements incorporating instruments such as the Javanese gamelan, the Japanese koto, the Indian sitar, or the bamboo tingklit of Bali.

Kimo was born in El Paso, Texas, USA at Fort Bliss.  His father, Robby Huybrechts, took the family around the world through his work as a mechanical engineer specializing in electrical circuit boards for computers – one of the pioneers in the field.  Robby was born in Bandung, repatriated to Holland and came to the USA in the early 1960’s.

Kimo’s lineage is a wonderful blend of Dutch-French-Chinese and recently learned some Jewish also.  He has come full circle in a genealogical sense.  Family legend tells of his father’s maternal great-grandmother  coming originally from Hawaii.  She came from Lahaina (Maui) and married a Dutch judge who was passing through on his way to the East Indies.  Talk about coming full circle.

Along his life journey he has met touchstones that tie into his heritage and sense of identity.  One time he met a ship captain on the Norwegian cruise lines.  This captain told him that the name Huybrechts was very common name in Belgium.  It is factoids like this that piece the puzzle together of such an eclectic background.

His Indo background has influenced Kimo in various ways, the first being food.  His wife Jody loves to cook Indo food and so they enjoy it together.  His multicultural heritage, as they say in Hawaii “poi-dog” (mutt) is reflected in the choices he’s made in his life having traveled all over the world and incorporating elements in his value system as well as expression in his musical career.  Their mission statement sums it up in Reconciliation, Heart of Land, A Touch from Heaven, A Taste of Heaven on Earth

Kimo maintains connection to his Indo heritage through the food and some of the language.  He knows Dutch which was emphasized growing up, but also knows some Indonesian phrases because of the tourists that pass through his home territory (Maui).

His favorite Indo food after growing up on satay is gravitating towards the vegetarian dishes in all their splendor of spices and flavor.   He is fortunate to live in a climate where  fruits and vegetables can grow that are also found in Indonesia; Kukui nut, Kemiri nut, Nungka, Jackfruit and on the Big Island is durian and rambutan.

The three most important things in Kimo’s life is God, family, and the land.  We talked about our shared value of being responsible stewards of this earth and share a passion for picking up garbage on beaches.

You can find Ranga Pae performing at the Merriman’s Kapalua restaurant nightly.  Stop by and say “dag” or “aloha” or “apa kabar” to Kimo.