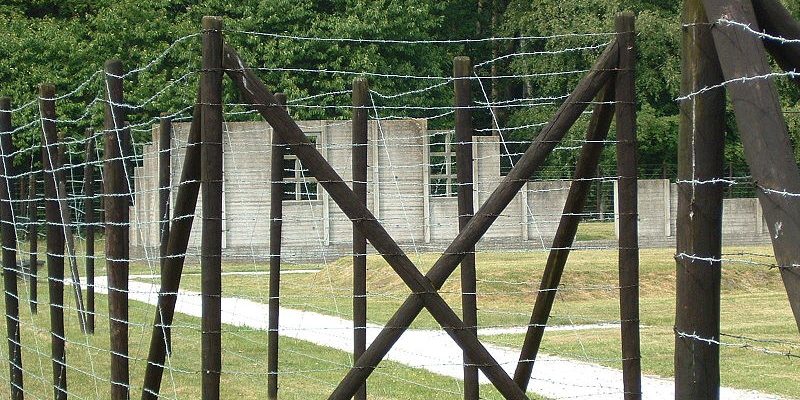 In September I took my annual trek to the Netherlands and decided to spend some time in Drenthe, a province I had never visited before.  My request for exploring the ancient “Hunebedden,” (burial mounds-50 centuries’old megaliths);  the old Saxon village of Orvelte with its straw-roofed farmhouses and the nearby town of Giethoorn, Overijsel touted as the “Venice of the North” were realized by my friend who had rented a vacation bungalow in the town of Aalden.

The Right Thing To Do

After researching brochures about the province, one name popped into view.  Westerbork!  “Isn’t that the infamous camp?” I asked.  The answer was affirmative.  “Can one visit the place and pay respect?”  Affirmative, but “you might not want to go, it’s not exactly a pleasant walk down memory lane, it’s rather sobering and certainly depressing!”  I thought about it, but decided it was the right thing to do.

We initially stopped at the “Herinneringscentrum” (Memorial Center) built in 1983.  We entered the Museum and the first thing that caught my eye were all the personal items which included the yellow stars.

Westerbork was originally built in 1939 to house German Jewish refugees and was known as a Central Refugee camp. But in 1942 it became the “Judendurchgangslager” (transit camp for Jews), an assembling point for Dutch Jews.  From 1939-1945, Dutch and German Jews, plus many Sinti and Roma gypsies and scores of resistance fighters were deported from this camp to the extermination and hard labor camps such as Auschwitz and Sobibor.  Anne Frank and her family were here also before being sent to Auschwitz in Sept 1944.  A total of 93 train transports left Westerbork; 102,000 people died, only 5,000 of deportees returned.

After the museum visit we walked through the peaceful countryside to the actual site of the camp.  In this now pastoral landscape one can feel the immense sorrow of the people who spent their last days in the camp.  The barracks are gone, demolished in 1971, but markers show where the kitchen and the delousing facility stood, the train boarding ramp, where faint outlines of railroad tracks are still visible.  A barrier and barbed wire fences are at the edges of the camp and a watchtower stands out high above the fields.   The former parade square now holds 102,000 stones, one for each murdered man, woman and child.  The stones’ structure outlines the realm of the Netherlands.

Westerbork also has a post-war history.  Right after the war it became (fittingly) a prison camp for NSB’ers, Dutch people who collaborated with the Nazis during World War II.  In 1945 the first group of prisoners who were suspected of collaboration with the enemy entered the camp. Their sentences were meted out on an individual basis.  It was disbanded as a prison camp in 1948.  Westerbork served as a military camp for two years thereafter.

The camp then became temporary housing for us Indo families from 1950-1951.    As repatriates, we arrived from Indonesia (Dutch East Indies), many still with very raw emotions and memories of having been in Japanese internment camps and POW camps.   Once in Holland, some of us were sent to “contract pensions”, sort of like hostels, and others to shelter camps such as Westerbork, re-named De Schattenberg, after a prehistoric burial mound near the camp.

The barbed wire fencing, the barracks and the barrier were still in place and it still looked like an internment camp.  You can imagine what this image did to these newly arrived families fresh from the war torn years on the other side of the world.  Nobody expected these accommodations and for some it was too much to bear. The barracks were called wooden boxes, uncomfortably cold in winter, hot in summer.  Children suffered from boredom, adults became despondent.  Thank goodness, their suffering was of short duration as they soon acquired regular housing.

After 1951 Kamp Westerbork became the home for people from the Moluccas for twenty years and was re-named “Woonoord Schattenberg.” It mercifully closed in 1971 and now serves as a reminder to us all of the evil deeds men are capable of inflicting upon their fellow man. Lest we forget!