Celebration of Life for Jos Smith 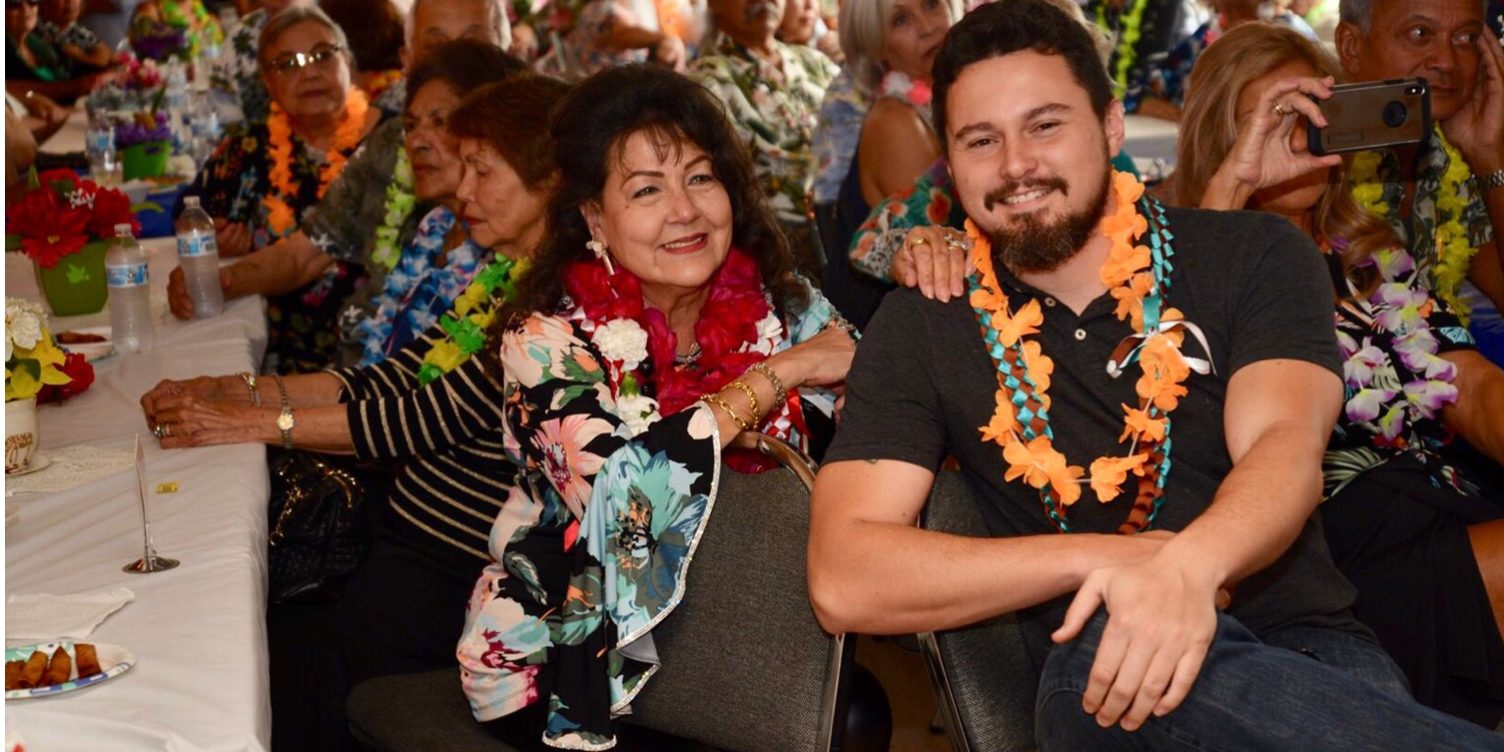 This celebration of life event was held at the Avio, the long standing Dutch Social Club in Anaheim, CA.
While it may not have been the ‘happiest place on earth’, it wasn’t a somber affair neither. People came to celebrate the man; not to dwell on loss, but rather, focus on the joy Jos brought to those he met during his journey through life. So the vibe was definitely one infused with love, reminiscing, great stories.
By all accounts, Jos was well liked. Though known most for his mastery of the steel guitar, Jos also enjoyed playing the ukulele and the guitar.
It was a packed house, filled with family, friends, friends who are like family.
There were acquaintances from as far back as Jos’ childhood, in Bandung, Indonesia. He had five siblings, all sisters, which was why he got along so well with women throughout his life.
Born in Bandung on January 24, 1932, he was part of the wave of Indos who endured the Double Diaspora. It was in the Netherlands that Jos completed his education. He found work at Phillips Electronics. He also served in the Royal Dutch Army. But like many of the Indos in Holland, he sought better career opportunities, as well as fairer weather in the United States, specifically in California.
He was a long time fixture of the Southern California Indo Rock music scene. The musicians he was in bands with through the decades came out, enough to make up four or five bands’ worth of music, regaling the crowd for hours on end. Of particular note was The Warriors, whom Jos was a member of, who still have the knack of picking infectious tunes that immediately drew the good folks onto the dance floor.

It was noted by fellow band members that they all loved it when practice was at Jos and Anita’s home. She often whipped up some tasty Indo treats for the guys!
(Thanks to Nicholas Smith, Anita’s grandson, for graciously allowing use of photos).
There was even a ukulele ensemble that came out to play in honor of Jos. Several members remarked of his generosity of time and endless patience in teaching them the instrument. The mellow strumming was much to the delight of many of those present, who were attired in Hawaiian themed clothing, appropriate as much of the music played runs along that style, making for some ‘Tempo Doeloe’ for real.
John Von Bargen, a longtime friend of Jos, presided over the services. Though he instilled a lovely dignity to the proceedings, he was more than obliging in letting the musical portion of the event ‘take center stage.”

We were even treated to the musical musings of Indo Rockabilly music legend James Intveld. During an opportunity to converse with James, he spoke with a clear-eyed view of how time is slowly drawing the curtain… on Dutch clubs like the Wapenbroeders and Holland Soccer Club, which closed its doors in the last few years, and the setting sunset upon our beloved first Gen Amer Indos.
In his mind, it just becomes more of an imperative to stay plugged in with our Indo community. Just give back, without attaching any fanfare to it.
Categories: Blog, Music, NewsBy The Indo ProjectJune 3, 2019Leave a comment
Tags: indomemorialThe Indo ProjecttheindoprojectTIP