Is the Indische Kwestie a Human Rights Violation? 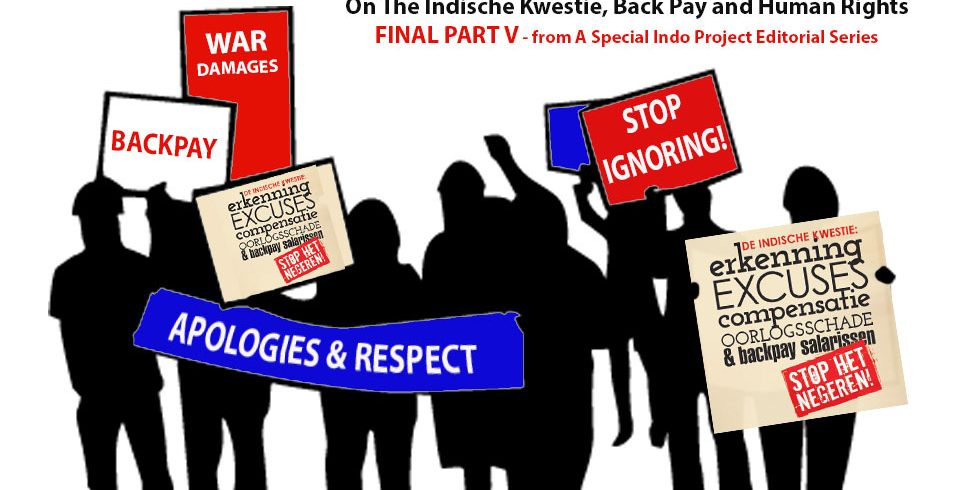 In the 1970s and the 1980s, general apathy from the Dutch government towards the Indische Kwestie seemed to have been rooted in indifference and a lack of historical knowledge and awareness about the war and its aftermath in the Dutch East Indies.

This changed significantly in the 1990s when new and combative organizations (KJBB, Kinderen van de Japanse Bezetting en Bersiap 1941-1949 and JES, Japanse Ereschulden) started raising their voices. Yet the Indisch Platform (IP), which would represent the Indo and Indies population in its negotiations with the government, was never fully in synch with its constituents who, in the end, might have had inflated expectations about what IP could accomplish in terms of negotiations and compensations.

In 2001, another organization was born, i.e. SVJ (Stichting Vervolgingsslachtoffers Jappenkampen) who felt that the 250 million guilders which had been earmarked by Prime Minister Wim Kok should not be reserved exclusively for the people who had ended up in the Japanese internment camps, but be distributed among all victims of the war in the Indies, so that, for example, the so-called Buitenkampers would be eligible as well. However, the Dutch government indicated that it would only talk to IP, so somewhat reluctantly, SVJ then merged with IP.

Eventually, all of this resulted in Het Gebaar (The Gesture) which, in the end, the Indo and Indies communities considered as only a partial resolution of the Indische Kwestie. One of the funded initiatives of Het Gebaar was an ambitious historical research project into the war and its aftermath but the IP was kept out of it, and little came out of it, except for books by Peter Keppy and Hans Meijer who established and confirmed that for years the Dutch government and parliament were simply disinclined to resolve the Indische Kwestie.

At the same time, the Indies and Indo communities bear part of the blame. In-fighting, a lack of collaboration among groups as well as mismanagement of IP and its organization around a unified mission as to what the expectations were vis à vis the government made any further negotiations with the government difficult. In 2012, all subsidies for the IP were stopped and the organization had to fund itself. In the meantime, and in spite of Meijer’s and Keppy’s conclusions, the government had insisted repeatedly that compensations paid out under Het Gebaar meant that the Indische Kwestie was resolved once and for all.

Nonetheless, in 2015, the Dutch government agreed to the Backpay Arrangement of those surviving soldiers and civil servants who were in the Dutch East Indies during the war. The estimate was that this number consisted of about 1100 survivors, but so far only a mere 600 have claimed the individual and one-time compensation of 25,000 euros.

The government has now closed this matter indefinitely, even though new leaders have stood up in the Indies and Indo community with foremost among them Peggy Stein, who started a petition and who also has a Facebook group page, entitled De Indische Kwestie. 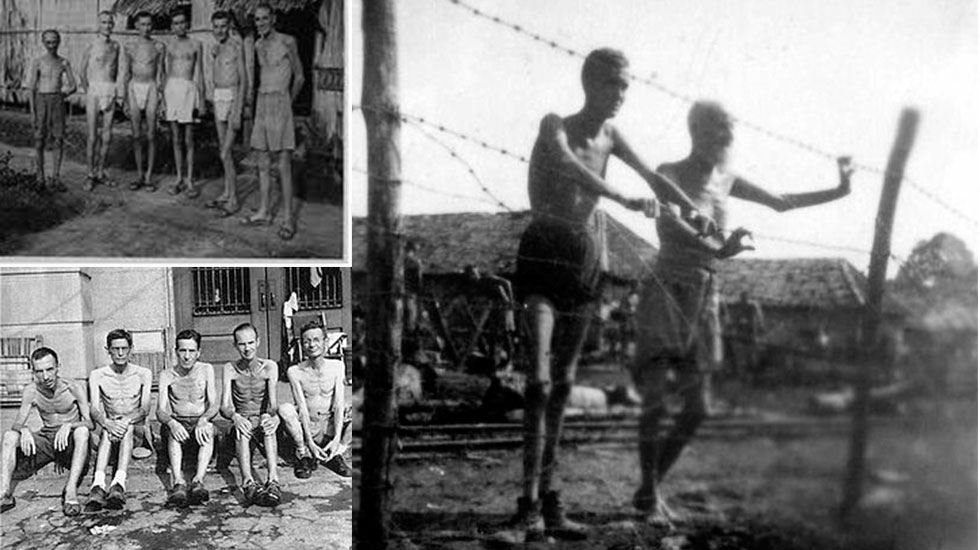 Even though the situation and suffering in the Indies during the war have entered the public consciousness more prominently, there is a common perception among us of having been mistreated, slighted and having been invisible for years.

Particular pain points are the lack of compensation for loss of life, lost property, bank accounts, and insurance policies, the costs related to migration to the Netherlands, the lack of recognition and care for trauma victims of the war and Bersiap, and the subsequent chilly reception and discrimination in the Netherlands right after the war.

Also, compared to other Allied countries who were involved in the same war in Asia (France, Britain, Australia etc.), the Dutch government has a particularly shabby record in addressing the needs, trauma care, refugee care and compensation for damages of a group of people whose contributions and cash flow from the Indies to the Netherlands cannot be dissociated from the wealthy country the Netherlands became and still is. In other words, they fulfilled their part of the bargain, but they got very little in return. 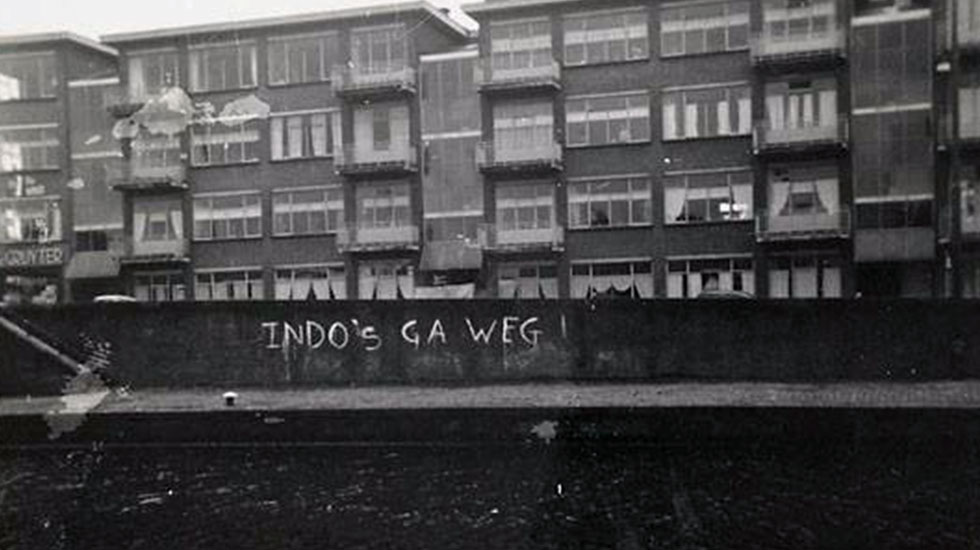 Now that the first generation is dying, the Dutch government may think the case is closed, but we know, from study after study, that the kind of trauma of interned families and war victims is transferable to the next generation(s). I once received a fan mail from a man who had read my book Silenced Voices (Ohio University Press, 2008). He thanked me for my book, because, he argued, he finally understood what his family had been through. Even though he was born right after the war, all his surviving family members had been in camps, and he added that he hadn’t had a happy childhood as he felt he had grown up in a camp himself, having internalized their trauma, even after the war was over.

As far as the Dutch public consciousness goes, there is still a huge blind spot, to wit, a lack of public awareness with regard to the fate of both the Indies-Dutch and Indo-Dutch, who, after returning to the Netherlands after the war, started a double diaspora to the US, Australia, South Africa etc. This large group and their descendants were typically excluded from any form of compensation or recognition as they had left the Netherlands voluntarily (never mind, that they never felt welcome in the first place).

The Indo Project is of the opinion that this international group, for which The Indo Project forms the global portal, ought to put pressure on the Dutch government and work with groups in the Netherlands to give this story the international platform and attention so that there is greater international awareness as well vis à vis the fate of our people during the war in Asia.

A general lack of synergy between Indies-Dutch and Indo-Dutch communities worldwide may have disastrous consequences for the overall and international recognition for the suffering of our relatives during WWII. Importantly, we cannot keep pointing fingers at the Dutch government; we also have to blame Japanese revisionism and denials with regard to war atrocities and the lack of war memorials and museums in Indonesia itself. But the Indo community also needs to do some soul searching as this community has been part of the problem: The “Laat maar” (let it be) mentality will lead to a further silencing and sabotaging of rightful compensation and recognition for the loss of life and suffering our relatives endured during the Japanese occupation.

The Indo Project is a non-profit and all-volunteer organization and needs your support (financial and otherwise) to keep fighting an injustice that, since the ending of the war in 1945, still hasn’t found any closure from a Dutch and international point of view.