Interview with Kees Kunstt, a longtime stalwart for the Indo Cause 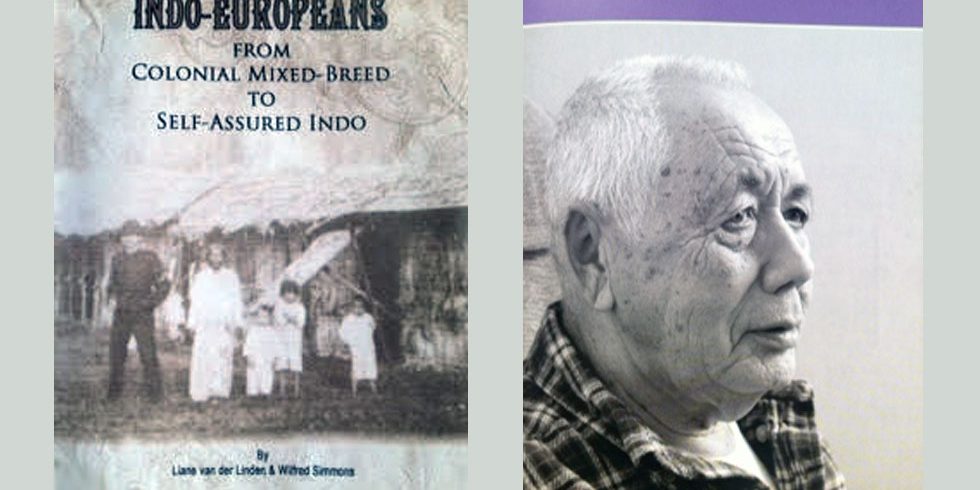 Oom  Kees has always been an active voice in the SoCal Indo community. He and his wife Tante Margie, who are coming up on 45 years of marital bliss, have also been part of the team in helping the long running “De Indo” magazine, the independent and unofficial source of information for the Indo community. This magazine has been the ‘go to’ source of information for Indo happenings and is sent worldwide. He also served as a board member of a charitable organization, HABINI, that provided a monthly stipend to needy Indos who remained in Indonesia after Indonesian independence. HABINI was the “brainchild” of Oom Joop Broers, an Indo who saw the need for monetary support for the Indos still in Indonesia. It was started in 1992 and was changed to HABINI Inc. in 2002. HABINI Inc. ceased operations due to illnesses from board members; old age is the cause of a lot of problems! After acquiring the okay from the membership by the board, HABINI Inc. was absorbed by the Alan Neys Memorial Fund or ANMF; this organization is still actively helping needy Indos or “Warga Negaras” in Indonesia. Its driving force is Tante Henny Neys.  Oom Kees is a supporter of their work as well.

Oom Kees is very direct when answering the question on why he continues his efforts to keep the Indo culture/legacy relevant for the generations that follow. The past, for some of them, may be considered merely ‘history;’ however, there is incalculable value in the studying of one’s own history! Heed the lessons imparted from the impossibly difficult circumstances your parents, grandparents endured/overcame. Only then can you truly know how it’s nothing short of miraculous that we, younger Indos enjoy the freedoms and opportunities that abound. One only has to look at the lives of the Indos that remained in Indonesia to recognize the easy and plentiful living we have in comparison.

Oom Kees is of the belief that once an interest in learning your own history has been lit, follow up with reading the numerous accounts of the Indo Diaspora. All of the material he lent to me is in Dutch; my reading of this material will be slow and laborious, and I will be heavily reliant upon the use of a “Dutch to English” app!  This language barrier is an impediment towards 2nd, 3rd, and 4th generation Indos becoming well-versed in their cultural legacy; it is a problem he recognizes. So, for his part, Oom Kees undertook the task of translating the 78-page instructional booklet, “Indo Europeans, from Colonial Mixed=Breed to Self-Assured Indo,” which details our Indo roots in colonial society in the former Dutch East Indies, from Dutch to English. The translation was a suggestion of Oom Rene Creutzburg, the publisher of “De Indo”.

We spoke of how you can then reach a wider audience; referring to the greater impact Max Havelaar had when Roy Edwards translated Multatuli’s classic work from Dutch to English.

But he did reluctantly say (well, it was more like Tante Margie saying it!) that the project of translating the book was arduous!  But he is glad of the results. So far, sales of the book are over 525 copies!

All proceeds of the sale will go to help “De Indo” which is now in its 52nd year of publication.

Note: Oom Kees did talk of the time of the Japanese occupation of Indonesia: how his father and grandfather were placed in separate concentration camps from the rest of the family; that his grandfather perished while in camp, and his father was not able to reunite with the family until after the Japanese surrender; of their trek on the ship to Holland, catching up in his education there, and then making the leap to the United States.  But he downplays his life experiences during that time; he feels that many more had just as hard a time or much worse than he had; in particular, the plight of the Jews in Wartime Europe dwarfs what other groups experienced.

This led to his retelling of the negative experience he had on an interview he gave in the past, of his time in Indonesia, including being “buitenkampers”, (meaning outside the camps) with no income and exodus to Holland, to be compiled in a book. Though there were three co-authors, there were numerous omissions, misstatements of what he said, didn’t say, that still made it in the book. He still sounded soured due to that experience.  Also, Tante Margie gave additional insight as to why Oom Kees is guarded in discussing certain details of that tumultuous time.  For that interview, questions were asked that dredged up emotions in Oom Kees that left him visibly shaken for days afterwards; horrible acts of violence committed against family members that were almost unbearable to recall.

But when I parted company from Oom Kees yesterday, I left with an increased appetite for learning more of my Indo ancestral legacy. I left there with a new Tante and Oom, an Indo term of respect/endearment to those older than oneself, for whom you feel a closeness.