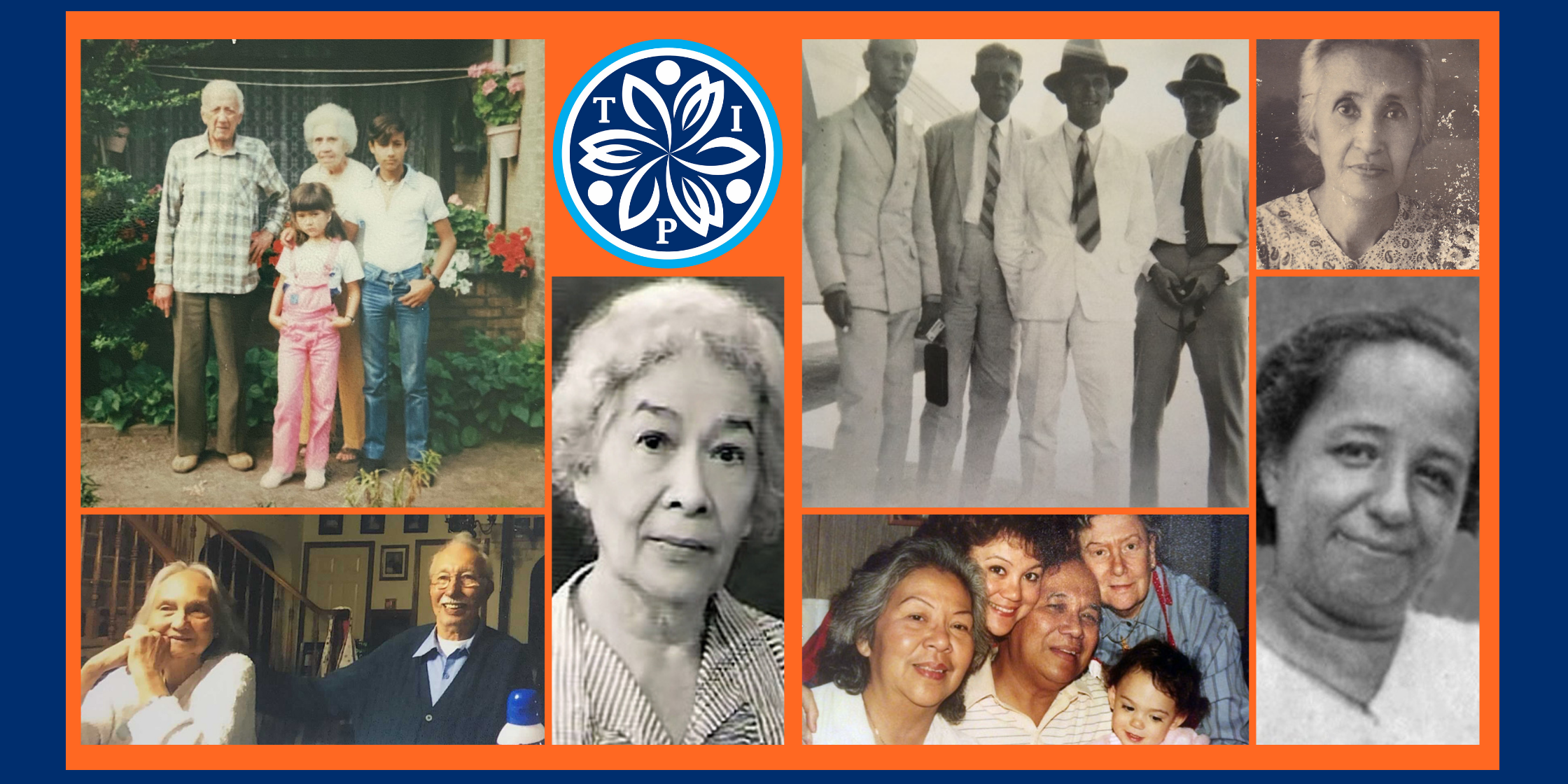 The Indo Project posted on social media, “TIP wants to know: Tell us about your Omas and Opas! What did they mean to you? What did you learn about Indo culture from them?” Ingrid Johannes responded sadly, “Wish I had that opportunity.” Many Indos can empathize with those feelings. With those sentiments in mind, TIP is grateful to all those who responded to the call: honoring our Omas and Opas.

Oma and Opa Always Spoiled Us

I remember that when I was a little girl, my opa always asked me to walk on his back to give him a massage. I never walked on my oma’s back; I guess her back did not trouble her. To me, this was pretty normal although I was a bit afraid I would hurt opa.

Oma used to cook semoor from chicken. Sometimes I smell the same smell when I walk at a Pasar. We went to visit opa and oma almost every weekend. It was a 2.5 hours drive, and we stayed the whole weekend. We slept in the second bedroom and in the living room as well. Oma and opa always spoiled us. ~ Debby Feldmann

I am Ronny Geenen, born in the Ombilin Mining town Sawahlunto in west Sumatra.

During the Japanese occupation in World War ll, several members of our Geenen and Chevalier family members were imprisoned in Bangkinang. To mentioned a few—my mother Clair Geenen-Chevalier with her four children, a step-sister, my niece, her mother and also both our grandmothers. Oma (Moesje) Helena Maitimo was married to Opa Carolus Geenen, and Oma Jacueline Ballart was married to Henri Chevalier.

Both of my opas died before the war broke out.

During our imprisonment in camp Bangkinang, we’d often have to stand in line, and we have to make a deep bow for the Japanese soldiers. One day in 1944, Oma Helena Geenen-Maitimo—who was then 65 years old—was standing beside the rest of the family when we all had to bow for the soldiers. Oma could not bow deep enough, and the solider hit her to the ground. After that, he tried to hit her with his boot. Both my younger brother Billy, seven years old, and I, eight years old, jumped forward to help our oma. We both got kicked by the soldier as well.

Oma Helena Geenen-Maitimo died in November 1945, a couple months after the war. After the war in September 1945, my mother was united with my father Eddie Geenen. He and about thirty others, all employers of the Ombilin Mining Company, were tortured by the Japanese. Because my dad needed medical treatment badly, he, my mother, her four children including my step-sister and Oma Jacqueline Chevalier-Ballart were shipped from Padang to Batavia. Despite all the treatment my dad was given, he died on August 15, 1948.

My mother went to the Dutch emigration services in Batavia to leave for the Netherlands. Applications for her, her four children, our step-sister, and Oma Jacqueline were filed and approved two months later. We were estimated to leave Batavia in September 1949. Two months before that my mother was ordered to come to the Dutch Emigration Services. There she was told that Oma Jacqueline Chevalier-Ballart was allowed to leave for the Netherlands, but Clair Geenen-Chevalier and her four children had to stay in Indonesia.

Reason: a widow with four children cannot make it in the Netherlands.

We had to stay. Our oma left us crying. Our neighbor in Batavia helped us by selling the house we were living in. From that money my mother could pay for the cost to be shipped to the Netherlands too. We arrived in the Netherlands in January 1951 and were moved to a hotel pension in the area of Nijmegen. Oma Jacqueline Chevalier-Ballart and her grandchild, our step-sister was living at that time in a two-bedroom apartment in Katwijk.

One day, her grandchild came home from school and found Oma Jacqueline Chevalier-Ballart on the floor. She died alone at the age of 71 years. ~ Ronny Geenen, My Indo World

Loved Them with all Their Hearts

My parents – Oma and Opa to ten grandchildren who love them with all their hearts. Oma is missed everyday, and Opa remains a stubbornly loyal Dutchman, always making sure the grandkids know he is there for them. ~ Patricia Teunisse, Board Secretary

To read another story about omas and opas, check out Ralph Ockerse’s memories of his Opa Ockerse.

To Remember: My Oma’s Story

Share your memories of your Oma and Opa with The Indo Project in the comments below: