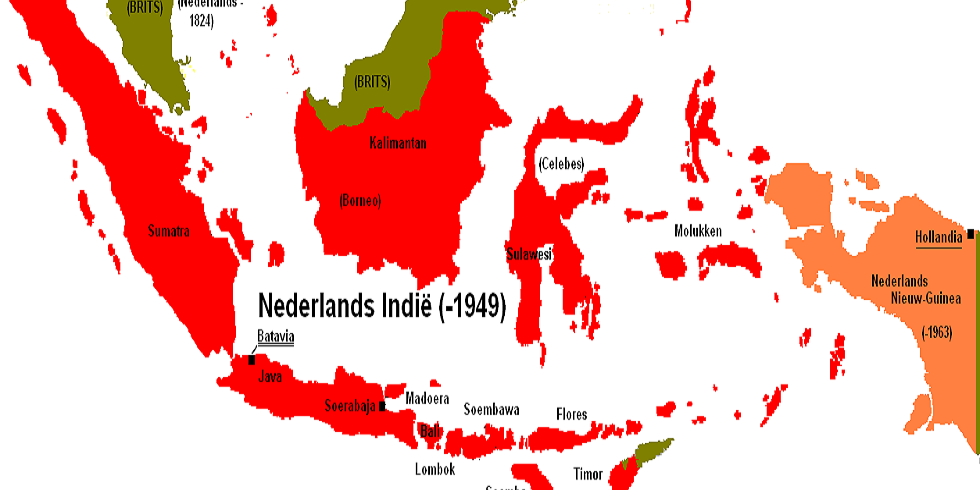 Changing the date of Indonesia’s Date of Independence? An Act of Historical Negationism

Map of the Dutch East Indies Prior 1949

After reading yet another article penned by an academic in Amsterdam who advocates rolling back Indonesia’s date of independence, I thought it might be beneficial to know certain facts about this issue, especially for Indos, as it pertains directly to our past … our history in the former Dutch East Indies. In this latest article, the author’s intermingling of the 15 August Herdenking event with the horrors of Indonesia’s war of independence (from the Dutch), restitution, and apology using those to advocate in rolling back Indonesia’s formal date of independence shows a lack of knowledge of the facts. It is especially offensive in treating those subjects as alike without regard for particulars.

The formal date of Indonesia’s independence has been debated ad nauseum in the Dutch press, books and articles … even by people who have no direct connection to nor personal experience in the former Dutch East Indies. Post-WWII authors espousing this issue have book knowledge and most, unfortunately, do not have a personal, real life experiences with the history they write about. They write from a distance using knowledge gleaned from reading and watching videos. It is historical revisionism at its worse.

This article is devoted to clarifying the difference between the 15 August Herdenking Ceremony and the official date of Indonesia’s independence. IT IS NOT a discourse on the Bersiap, nor the Politionele Acties nor about apologies or restitution. Those are issues that require their own space.

August 15, 1945 is the date on which the Japanese surrendered in WWII, in effect bringing the war to an end in the former Dutch East Indies. Annually, on this date, survivors, family members, friends, and governmental representatives gather to commemorate the heroes who gave the ultimate sacrifice in WWII defending the former DEI. Those heroes include native Indonesians, Indos (mixed blood Indonesian/European), Totoks, Christians, Muslim, Hindu and Agnostic men and women. There are numerous “Herdenkingen” ceremonies held throughout the world, the largest is held each year on August 15 in The Hague, in the Netherlands, when representatives of the Dutch Parliament and the former Allied Forces (Australia, New Zealand, United States, Great Britain) lay wreaths at the Indisch Monument AS WELL AS representative(s) of the Indonesian government. This commemoration is not exclusive but inclusive!

Indonesians celebrate 17 August annually as the date of their independence from Dutch rule. On that date in 1945, a proclamation of independence from the Dutch was made by Sukarno and Mohammad Hatta. The declaration marked the start of the diplomatic and armed resistance of the Indonesian National Revolution, fighting against the forces of the Netherlands and pro-Dutch civilians.

a. Indonesians proclaiming their independence on August 17, 1945 did not make them an independent sovereign nation under international law. Four more years of waging war & negotiating with the Dutch followed.

b. The Dutch did not want to give up their colony. Between August 17, 1945 and the latter part of 1946, the Bersiap, a genocide, as part of the Indonesian Revolution was waged against the Dutch, Indos and pro-Dutch civilians.

c. 1947 – 1949 The Dutch Politionele Acties were carried out by the Dutch to squelch the revolution after their disastrous decision to cancel the Linggadjati Agreement and the breakdown of the Renville Agreement.

d. The Americans/United Nations finally interceded, and the Dutch acquiesced (it was rumored that the Marshall Fund to help rebuild NL would have been withheld). Meetings were held and on November 2, 1949, an agreement was made that transferred Dutch Sovereignty to Indonesia with Queen Juliana of the Netherlands as titular head of a new Netherlands-Indonesian Union, Sukarno as President and Hatta as VP. Queen Juliana made the transfer of sovereignty to Indonesia official by signing the agreed upon document in The Hague on December 27, 1949.

The United Nations officially recognized Indonesia’s sovereignty as agreed upon at the Dutch–Indonesian Round Table Conference in the Hague 23 August – 2 November 1949 and ratified by the Queen of The Netherlands on December 27, 1949.

Many might think that changing the date of Indonesia’s independence serves as an apology from the Dutch Government. Changing historical facts does not translate into an apology nor an act of forgiveness nor providing restitution. Don’t get me wrong, I strongly agree to a Dutch apology for mishandling the entire process of granting Indonesia its independence. It was a huge boondoggle in an attempt to hold on to their colony that made them rich. Many lives, Dutch, Indo and Indonesians, were needlessly sacrificed in Indonesia’s War of Independence 1945-1949. I particularly want to call attention to the plight of what happened to Indos as a result, whose history is normally relegated to a footnote or afterthought in Dutch or Indonesian history. They bore the brunt of this boondoggle. They lost their birthplace, were forced to choose between two countries they loved, lost all their assets, and are currently scattered throughout the world in places where they had to start their lives over again.

An apology by the Dutch Government for wrongful actions taken is one thing. Revising Indonesia’s formal date of independence is denying the real-life consequences to the human beings born in the DEI and replacing their reality would compound the hurt … not heal.

History, despite its wrenching pain, cannot be unlived. Let us not alter history and the facts that support it. 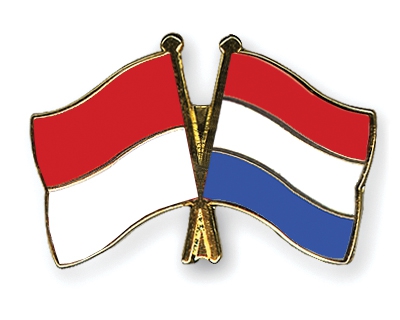 Flags of Indonesia and Netherlands 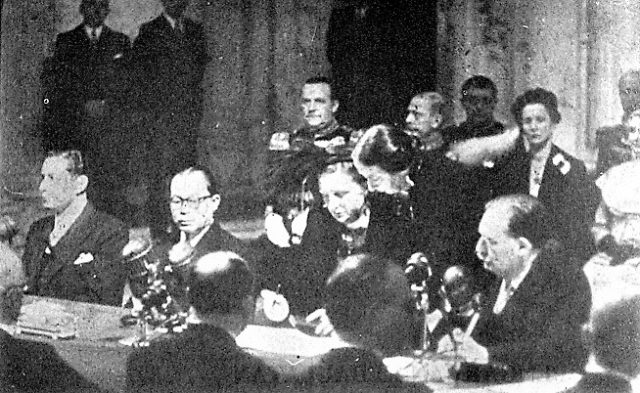