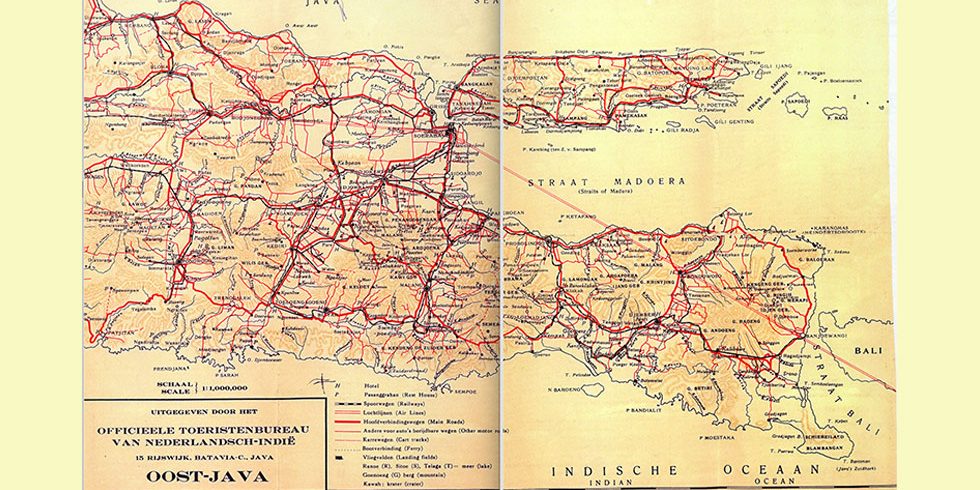 In 2008, I published Silenced Voices with Ohio University Press– the book was a so-called family memoir about the hidden force of the Dutch East Indies in my mother’s family: more than three generations of her family had resided in the Indies, where they had had several plantations, yet there were no family albums, pictures or anecdotes. Indonesia was a forbidden subject and once I finished writing my book, I understood why.

When the book came out, first in the US, and a year later with Atlas in the Netherlands, many people assumed I had traveled to Indonesia for research. When I was writing the book as a freelancer (and with no publisher in sight yet, and two small children to raise) I neither had the opportunity nor the funds to travel to Indonesia in an attempt to enrich my research.

Moreover, people who had done research in the archives in Jakarta told me this wasn’t necessarily a must: most of the colonial archives had been brought over to the Netherlands, the archives in Jakarta weren’t very well organized or accessible, and so on and so forth. Besides, I was writing about the Dutch East Indies, a place that no longer exists and, thanks to Sukarno’s whitewashing of the colonial period, I wasn’t quite sure what would have been the added value of going, even if I had had the money or the opportunity. (Arguably, the same amnesia about the colonial period could be said to apply to the Dutch population, many of whom might not be able to point out Java on a world map).

But how can you write about a place when you’ve never been there, was one of the nagging questions, and yes, while part of me felt like a fraud, I also felt that a novelist like Du Perron, Maria Dermout or Couperus who wrote about stuff like the light, the red soil, the many scents of the tropics, and little details like irons filled with charcoal, were actually closer to my ancestors’ colonial experiences than me getting stuck in the traffic-congested streets of Jakarta. (Jakarta, someone once told me is like gado gado, messy, messy, messy but delicious nonetheless).

Interestingly, when I finish books I leave them far behind, so far in fact that I refuse to even look at them on my bookshelf, or god forbid: reread them. I cringe at rereading my own work, not only because my anal self fears discovering that one typo that I must have overlooked in the last editing and proofreading rounds, but also because more of my personal writings are like journals: our older self doesn’t want to be confronted with the younger self: we grow and develop and become more mature as readers and people, and in some ways, may regret the naïveté and ignorance of our younger selves. Having recorded that and having shared that with a great many people is even more embarrassing than rereading my own work.

So although I didn’t revisit Silenced Voices either in the reading sense of the word, a strange thing happened: Indonesia entered my blood stream like dengue fever and this, in my view, doesn’t only have to do with the alluring mysticism of the place itself, but with my family’s story: their story was not only part of a larger story involving world history and lots of unfinished business they shared with many other families, but decolonization also happened so swiftly and chaotically that many Indo and Indies families like my own have felt a lack of closure. This feeling has transferred to the next generation like my own.

While factors like Japanese revisionism and the Dutch government’s inability to apologize, recognize and repay the Indo and Indies community for suffered losses and loss of life during the war and the subsequent Bersiap, play into this sentiment, a bigger issue may well be that we felt connected to Indonesia and the Indonesians and that that connection was severed quite abruptly and painfully. Indonesia all of a sudden became a distant Asian nation that we might in fact be disinclined to visit because we were basically kicked out of there after a misguided guerrilla war known as the police actions. My father, who had to serve in Indonesia (not because he wanted but had to) received an orange upon arriving home in the Netherlands, and our families went through something similar when arriving in the Netherlands: dealing with temporary housing and leaving a country behind, which to many, was the “homeland” felt as if they were served lemons. Some made lemonade out of that, as the saying goes, and moved on, to never look back, but others were haunted by a continued sense of loss and not-belonging.

As a person from the second generation, I don’t feel entitled to admit to these feelings with the same intensity, but due to my involvement with The Indo Project (www.theindoproject.org), and my exposure to families who all “speak the same language”, Indonesia has become a country of great intrigue and wonder as well as pain, and together with the families, I wish that the feelings of wonder and intrigue wouldn’t be so tainted by the sorrow of the war and what came after it.

Don’t get me wrong: I am the last one to cherish any sort of tempo dulu-nostalgia and would like to emphasize that our community sometimes has a one-sided view, placing our suffering on a higher plane than the suffering of the local Indonesians during the ENTIRE colonial period and the war (not to mention the suffering of the Indos who stayed behind and became a target of discrimination and worse)– what I regret is that, in a sense, our personal relations with Indonesia haven’t normalized because of what all our families went through.

To give you an example: when I was teaching at UC Berkeley, I sometimes helped Indonesian scholars decipher colonial sources written in Dutch. Since my family enriched itself by shipping sugar, coffee and rubber out of Indonesia while paying the local workers a pittance, I felt complicit in my family’s guilt, and very rarely broached the subject with the Indonesian scholars I was working with. If I mentioned anything at all, I would blush and apologize. They, on the other hand, would often be surprised, and in one case, when I told someone about the fate of two of my relatives, the person was shocked and in tears, whereupon I immediately felt sorry for disclosing my story as that was not the intention I had. All I wanted was having a deeper connection with Indonesians, a connection in which we could consider each other as brotherly nations, who share a history (however dark and unjust), but who also feel a greater kinship and level of mutual understanding because of that shared history.

Many people I have spoken to have told me that Indonesians are forgiving and that they feel no ill will towards us per se, but I wonder if that’s because they don’t know their colonial history at all. What if they knew exactly what we did in the Banda Islands, the Aceh Wars and during the cultivation system: would they still be as friendly? Or do they merely see tourist dollars when we show up in their streets with our cameras and guidebooks? At the same time, there are stories that show how weird these relations still are. A friend of mine was in rural Java with her dad, and towards them came an older man who immediately got off his bicycle (as if they were still back in colonial times), bowed and greeted them in perfect and polite Dutch. That kind of connection is not what I am looking for either.

To get some closure, if at all, I decided that the only way to normalize my own feelings vis à vis Indonesia is to visit it. For my 50th birthday this year, my husband (if you are reading this, thank you Jon—you have been a wizard organizing this trip and I love it that you share my enthusiasm as much as I do!) and I will be traveling to Indonesia, see the sights, but also go off the beaten path and visit the last plantation my family owned; the place is still there (although one internet site called it a “derelict plantation” which made my husband and I laugh out loud), using the name that my great-grandfather bestowed on it, and operates with machines my great-uncle purchased in the 1930s. A cousin of mine visited a few years ago, and when he saw the machines dated back to the 1930s, one of the workers asked him (dead serious) if my family still owned the manual to those machines… Another relative who visited and whose father grew up there but who lost two of her aunts during the revolution told me that while walking the plantation grounds, she felt a sudden anger and profound emotion she had never felt in her lifetime before– even though, she, like me, was born in the Netherlands, long after the war, and brought up with little history of where her father and aunts had grown up.

I doubt I will have deep revealing experiences like these, but would like to seize this pilgrimage to Indonesia as an opportunity to get to know the people and the country first-hand, and, hopefully this will happen in a way that is unedited, uninfluenced, and unfiltered by all of my family’s experiences and pain.

Can I rid myself of all the skeletons I have in my closet (see Silenced Voices) and come to an understanding where I see possibilities for reconnection without all the baggage? What’s more, can I walk on Indonesian soil without feeling guilty or responsible for the woes of colonialism and capitalism, a system I would like to call the great industrial globalization complex, which enriched an elite, but used and abused the locals, to spit them out when they were no longer needed? I would like to say sorry on behalf of my family, but the story may be too complex to tell, and especially if it also means I have to fess up that two of my relatives and young teenagers at the time, were brutally massacred during the Indonesian Revolution on October 28th, 1945, a struggle so bloody that it colored part of the river in Surabaya bright red…

I invite you to come with me on this journey, so follow my blog!

We Once Had a Farm in Java…