Living Monuments of an Immortal Past 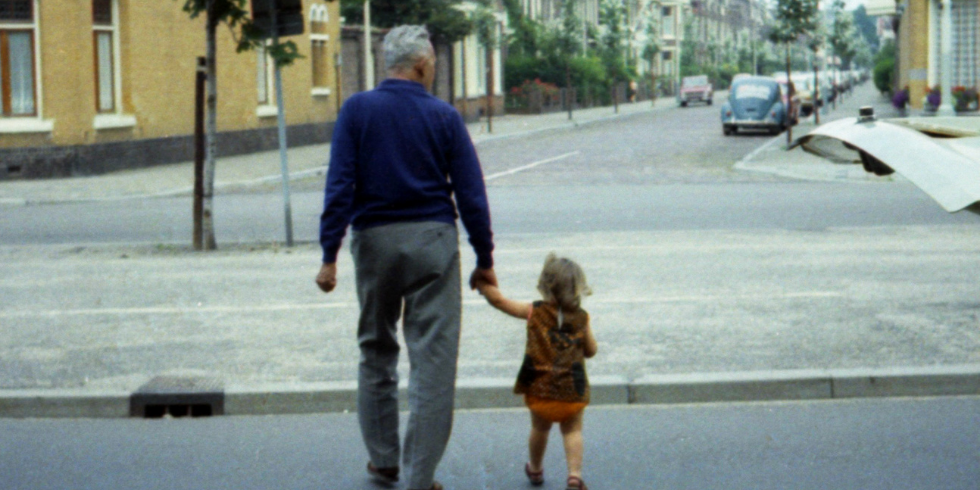 For me, he was my Opa Tjalie

April 22, 1974 is the day my grandfather died. For me he was my Opa Tjalie. To this day I regret not getting to know him – I was only a toddler when he passed away.

From what my parents, my grandmother, my aunts have told me, I know he loved me. He liked to go for walks with me and he taught me difficult words. As a two-year-old I knew what a ‘condensation mark’ was, thanks to my grandfather. At that time, I called the plane that produced the stripe in the sky a ‘nong nong’.

He also secretly gave me pieces of Cadbury chocolate, the kind with nuts and raisins. Years later when I was studying in Amsterdam, I bought one of those chocolate bars from the night shop around the corner. I did not have a conscious memory of the pieces of chocolate that Opa gave me, but I was instantly addicted to the very sweet chocolate. When I told my father how I fell in love with that particular chocolate, he laughed and said: “I know why”.

As I grew up, I could sometimes be jealous of all those people, outside of the family, who had known my grandfather. They were able to tell me things about him that I did not know. I thought it was unfair that vague acquaintances could talk more about how my grandfather spoke, moved, and lived his life than I— his granddaughter. Later, I was grateful that there were so many who had known him, who wanted to share his story with me, and with others—because his story was an important one.

Tjalie Robinson, alias for Jan Boon (1911-1974), was born in Nijmegen, the Netherlands, in a year that his totok father Cornelis Boon, a professional soldier with the KNIL, and his mother Fela Robinson, daughter of an Englishman and a Javanese, were on leave in the Netherlands. When he was three months old, they went back to the Dutch East Indies.

In Tong Tong, all the dead return to life. ~ Tjalie Robinson

Boon started his professional career as a teacher in Java. In 1936, he became a sports editor at the Bataviaasch Nieuwsblad. Jan Ritman, the editor-in-chief of the newspaper at the time, wrote in Tong Tong about their first encounter after Boon died:

“He wanted something other than teaching. I still consider myself lucky that I accepted Jan Boons’ application. There were always candidates who were attracted to what they believed to be an adventurous profession. I don’t know what got into Jan, knocking on the door of the newspaper. I also don’t remember why I decided to give this quiet and humble young man a chance. Neither of us regretted our decision. Behind the seemingly quiet front, the adventurer hid, who he has always been and will always be.”

Boon spent the time of the Japanese occupation of the Dutch East Indies in various prisoner of war camps, including Singapore and Johor Bahru in Malaysia. After the war he first worked as an administrator at Bruynzeel in Sampit, Borneo. He followed his future wife Lilian Ducelle there. This is where he wrote his masterpiece Tjies, which was published years later under his other alias Vincent Mahieu. An alias he only used for his more literary work.

But Boon missed the newspaper and Jakarta and became a journalist for the Indonesian morning paper De Nieuwsgier. This became the time of the Piekerans, the famous serial in the Saturday edition, that was later also in the newspaper in Surabaya. They were devoured by the Indo community. Readers recognized the typical Jakarta (street) life Robinson described in original petjoh. Jans’ pseudonym, Tjalie Robinson, to honor his mother’s family name, would from then on be and remain his ‘trademark’.

Giving the Indo Community a Voice

In 1955 he left with his family for the Netherlands, where he initially lived in Amsterdam. In 1959 they moved to The Hague. Beginning in 1956 he edited the magazine Onze Brug, which became best known when he renamed it Tong Tong in 1958 (later renamed Moesson). A tong-tong is a hollowed-out tree trunk that was used in Indonesia as an alarm clock and signaling instrument. The rhythm of the beats indicated which message it concerned. Indos and their experiences were at the center point of the magazine. He set himself the goal of keeping the memory and existence of the Dutch Indo culture alive: “to work towards living monuments of an immortal past”. Robinson asked his readers to contribute their stories and told them “if you don’t know how to write, just pretend you’re writing me a letter, start your story with “Dear Tjalie” and the rest will follow”. Tong Tong became the buoy of the Indo community. Robinson gave the Indo community a voice: people shared their memories of the Dutch East Indies, their new lives in the Netherlands or elsewhere in the world, and connected over shared experiences.

In 1959 Robinson organized the first Pasar Malam, together with Mary Brückel-Beiten, in the The Hague Zoo. The first time there were already 3,000 visitors. After four years, the Zoo had become too small venue and the Pasar Malam moved to the Houtrust Halls. Later the market was moved to the Malieveld, a big open field in The Hague. Today the annual festival still exists and is called the Tong-Tong Fair. It attracts more than 100,000 visitors.

In the sixties Tjalie Robinson moved to California, together with his wife Lilian and their two children Lucian and Vivian. Approximately 30,000 Indos moved to the USA in the 1950’s and 60’s. A lot of them moved to Southern California where the Indo community came together for all sorts of activities at ‘De Soos’.  On August 15, 1962 the first American Tong Tong was printed. On the opening page, Tjalie wrote: “It’s not only with ‘Great Expectations’ but also with the absolute conviction that we will succeed with this first Indo magazine in America, that I write this opening article for The American Tong-Tong”.

For about two-and-a-half years, every two weeks a new American Tong-Tong appeared, with news from and about the American Indo community. But, in 1965, the publication ended. It was, as Tjalie wrote, only meant to be a ‘temporary break’. On February 28, 1965, the last American Tong-Tong was published. In the last edition, Tjalie highly recommended the Soosblad, the publication later known as De Indo—that was run by his friend and ‘kindred spirit’ René Creutzburg. That small publication with the famous yellow cover did not see its last publication until last August, after René Creutzburg passed away.

In 1968 Tjalie Robinson and his family left California to return to the Netherlands, where the original Tong Tong had hit difficult financial times. It took hard work and effort to get the publication back on track, but Robinson succeeded.

In 1974, Tjalie Robinson died at the early age of 63. In the first Tong Tong that was published after his death, Jan Ritman wrote: “He had become the center point of a crowd of friends spread all over the world. Those Indos and totoks who had loved Indië and still love Indonesia. They may have shared or rejected his ideals – to preserve the Dutch Indo identity – but they all admired the courage and tenacity of the talents he used or rather consumed in the years that were given to him. He was the prototype of a man who united the best qualities of an Indo in himself. No matter how sharp his pen, he would never knowingly hurt anyone”.

His wife Lilian Ducelle took over as CEO and editor-in-chief of the magazine. She said, “I cannot replace my husband, but I can continue his work”. She later said she could not have done the job without the help of her son Lucian, who stepped in as editor, graphic designer, and more. In 1978 Ducelle renamed the magazine Moesson (which is pronounced as ‘moose-on’) the Dutch word for monsoon. It was the name that Tjalie had originally wanted for the publication. In the September 15th issue of 1977 Lilian Ducelle writes: “A monsoon always represents two monsoons: a period of growth and bloom and a period of rest, always alternating and never quite the same. Both periods are essential to nature and to humankind”.

Sixty-five years after the first publication, Moesson is still going strong. Two whole new generations have come of age, each of which feels very involved with their background in their own way. There are new, young generations that are interested in their roots and culture. While they now read and write the stories, stories from the first generations are still very important. If you want to know what shaped your grandparents, your parents, and yourself, it is important to read and learn about the first generation.

I am proud to say that I am at the helm of the organization my Opa Tjalie founded and which, thanks to the efforts of my Oma Lilly and the editors-in-chief that followed in her footsteps, has become what it is today. I see it ask my task, as Moesson’s task, to bring the generations together, so that our unique cultural history does not only have a rich past, but also a rich future. And to achieve that, we have also set up a magazine for that international crowd of Tjalie’s Indo friends that Ritman referred to. They can now come together and keep the Dutch Indo identity alive by sharing their stories in Moesson International and showing Indos across the world that the Indo identity is being kept alive.

Tjalie once wrote: “In Tong Tong all the dead return to life”. This is not only true for him, but for all those who we have loved and lost, for the country – the Dutch East Indies – that was loved and lost by them. The stories we share in Moesson and Moesson International will keep all of them, and our history alive. Keep sharing your stories and let’s keep our culture alive.

Vivian Boon was born in The Hague in the Netherlands. She grew up on the Prins Mauritslaan 36, an address well known in the Indo community since it was the address where Tong Tong / Moesson was housed for many years. Vivian and her parents (Mark Boon and Ina van Marwijk) lived in the same building, together with her grandparents Tjalie Robinson and Lilian Ducelle.

After finishing high school, Vivian earned a Master’s degree in American Studies from the University of Amsterdam and attended Boston College. There she took her first steps in television journalism with New England Cable News. For the past 25 years she has worked as a TV reporter and editor for two Dutch National news networks: RTL Nieuws and the NOS Journaal. On May 1st, 2019, Vivian took over her grandfather’s company and became editor-in-chief and publisher of Moesson and Moesson International. She is honored and grateful that she is now able to continue the work of her grandparents and hopes to contribute to keeping the Dutch Indo culture alive.

Subscribe and enjoy the new International Moesson magazine at https://www.moessonshop.nl/webshop/abonneren/detail/251/moesson-international.html

Do you have memories of Tjalie Robinson? Have you been to a Tong Tong or Pasar Malam festival? Share your thoughts with The Indo Project in the comment section below.