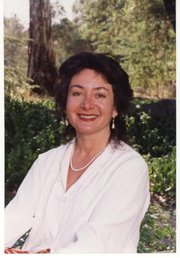 After talking with Suza I couldn’t help but think of someone being at the right place at the right time.  For starters, she lives in Ojai, California one of the most beautiful places in not only natural elements but also lifestyle.  With a climate likened to the Mediterranean, Ojai is also an artistic community with creative energy.  It has been a mecca for artistic folks such as Beatrice Wood, the famous potter. and thinkers like Jiddu Krishnamurti, the East Indian philosopher.  It is also a place where people care about the environment and about their community.  All these forces together with her Indo background influenced Suza’s life path.

Born in 1949, in Den Haag, Holland, at the age of seven her family embarked on De Grote Bear from Rotterdam in March, 1957  to America.  Along with her parents and two younger sisters, she became a naturalized citizen five years later.  Her family was fortunate to begin their new life in Ojai, California and have lived there ever since.

Suza embodies that unique east-meets-west quality of most Indos. Seamlessly dealing with intellectual issues such as local government and policy making her interest in yoga and mysticism was never a conflict.  As a former City Council member and mayor of Ojai and as a community activist, yoga actually provided the essence for centering by which she could navigate out into the world. Politics runs in the family as her nephew, Das Williams, served two-terms on the Santa Barbara City Council and is now the California 35th District State Assemblyman.

In her earlier years, working as a caregiver for the elderly she observed first-hand the gradual changes associated with the aging process.  Intuitively she was able to make the connection of self-care to staving the ravages of aging such as arthritis.  Then she discovered yoga in the early 1970’s.  She put the two together and has created a life mission teaching yoga to people at midlife and older.  She has written four yoga books  and a  yoga memoir of her life in Ojai is in progress.

Suza was an environmentalist long before this word became mainstream – to her it was a way of life.  It was not a fad but something that was handed down to her from her parents by the way they lived. She saves energy by hanging her clothes out to dry, just like her relatives in Holland and Indonesia.  Her main transportation is her bicycle.  This was the first time I learned about an electric bicycle.  She has two – one for flat terrain and short trips and one for hills and longer trips (the electric bike).  She is part of a bicycle coalition which promotes the use of bicycles as main transportation and influencing law makers to create safe roads and bike lanes in the community.  During her term as mayor of Ojai, she was known as the “California mayor without a car.”  She is an animal advocate and has been a vegetarian for many years.

She wrote a column about  alternative health and environmental issues for  the Ojai Valley News from  1971 into the nineties and contributes articles on a wide range of topics to numerous publications.

Suza’s mother, Mary Vermeer Diets,  is Dutch and her father, Rene Diets,  is Indonesian.  In the 1980’s her father took her to Bali on vacation.  After so many years away (over 45 years) she said the minute they were on the island her father returned to his roots by climbing a coconut tree.  They had a wonderful time and she was able to see her father in his element.  The values and norms of being an Indo is deeply engrained and she said it comes out through various forms; outdoor living, Indonesian arts and crafts in her house, maintaining her Dutch language, bike advocacy, interests in yoga and mysticism and of course the food with her favorite dish being lumpia. 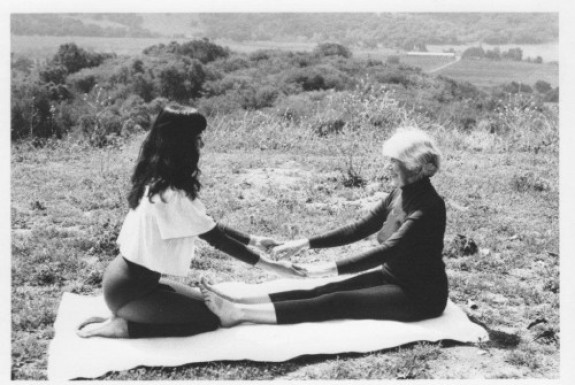 Editor’s Note:   Visit Suza Francina to learn more about her.