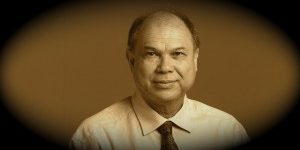 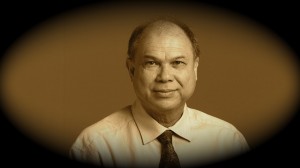 This is a remarkable family story of altruism, survival and faith based values. From immigrant to international entrepeunuer, meet Roy van Broekhuizen Chairman and CEO of Laga Designs International, Inc.

Born in Jakarta, Indonesia he left with his family at the age of 9 to The Netherlands. Four years later the van Broekhuizen family immigrated to the USA by boat from Rotterdam and landed in New York in November of 1961.  Initially the family lived in the Portland, Oregon area.  Years later, Roy won a soccer scholarship to Lewis & Clark College.

Roy has found that keeping his Dutch citizenship to be neutral for all the traveling that he does.  “I have always wanted to serve in Indonesia and since January 2005 I have been working in the tsunami area of Banda Aceh, Sumatra, Indonesia having traveled there 22 times”.  His company which was founded along with his wife Louise in 2006 manufactures and distributes high-end handbags and accessories handcrafted by tsunami survivors of Aceh province in Sumatra.  It provides a safe place and secure future for the victims of the tsunami disaster.  Their lives are slowly being rebuilt as they craft the handbags for market.   The manufacturing company based in Aceh started with 12 people and has grown to 300 currently.  It was also featured on Oprah as one of the companies that give back.

His Indo background has influenced his life decisions in many ways.  He said he comes from a very high-energy, high-speed family always on the go and contributes it to the Chinese influence on his mother’s side.  All his brothers have successful careers and have done well in various fields.  Combining that element with the Dutch makes for a powerful drive to accomplish things.  He has two platforms in Indonesia:  1)  Help your own people and  2)  Christianity.

He maintains connection to his Indo heritage for the most part by just living in Southern California, hub of the Indo network.  The AVIO club and other social gatherings keeps the flow of connection constant.  His wife Louise is also of Indo descent.

His favorite Indo food was hard to choose but when pressed he said it was gado-gado and satay.  He said he learned that the quality of the nasi goreng in a restaurant sets the standard for the rest of the cooking.  Take it from a savvy world traveler.

The three most important things in his life are strong faith in God, family, and friends.  He said these are all relations and not material things and will last forever.

It was clear that Roy was a man of great passion and energy as the interview went at a rapid speed full of information and splatters of laughter.  His energy shows through everything he does and it was a pleasure to get to know him.