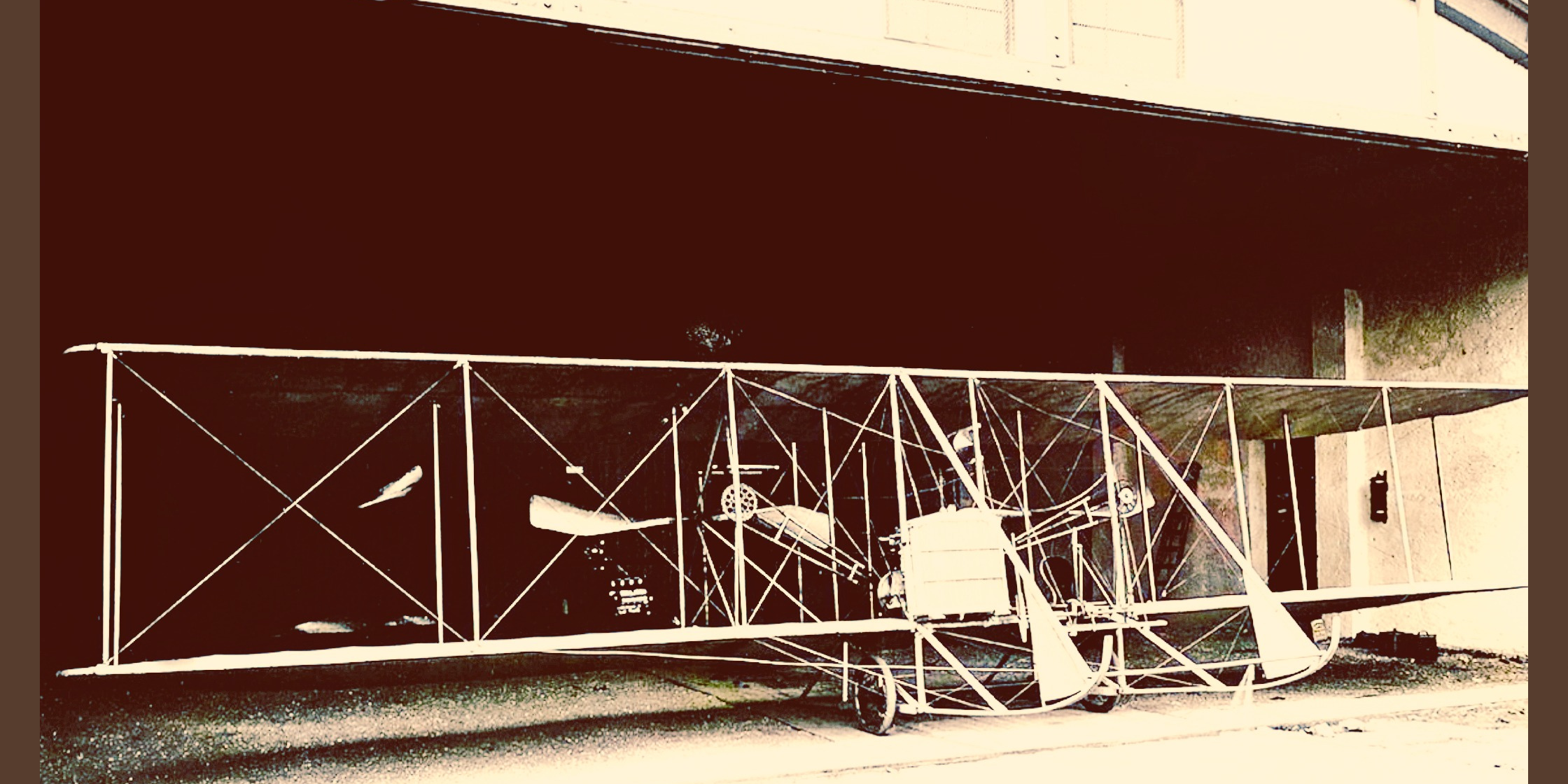 When The Indo Project posted on social media, “TIP wants to know: Tell us about your Omas and Opas! What did they mean to you? What did you learn about Indo culture from them?” , many Indos responded including Ralph Ockerse responded with this riveting story about his grandparents.

Before I introduce you to my proud Indo father’s father, Opa Ockerse (whose last name ending “se” gives away that our ancestral last name originated in the province of Zeeland), my name is Ralph Ockerse and I am 88 years old. I’m a retired emeritus professor of biology and former chair of the Biology Department at Indiana University. I grew up in the former Dutch East Indies—between 1930 and mid-1940’s—while major events gradually brought on the disintegration of its colonial establishment

In October 1942, our happy family’s life changed entirely with the beginning of World War ll. We began our 38-month long confinement at the Japanese concentration camp Kramat, from there we moved on to camp Grogol, and then ended up in one of the worst, largest and notoriously crowded concentration camps called Tjideng. All three camps were civilian women and children camps in the Jakarta area. The intense suffering, hunger, extreme deprivation, and despair endured by all internees during our confinement profoundly effected each and every one of us. The concentration camps created an atmosphere that was frighteningly and intimidating inhumane on a daily basis.

After Japan had surrendered to the Allied forces, the Japanese camp commander and guards were replaced by British, Ghurka, and Dutch forces. They were placed to protect us from the succeeding Indonesian “pemuda” youngsters, who impatiently emptied out their weapons and targeted the Dutch colonists at Tjideng. The unrest was prompted by the 1945 Proclamation of Indonesian Independence by Sukarno.

With my sister, Evelijn Blaney, we published our book “Our Childhood in the Former Colonial Dutch East Indies – Recollections Before and During Our Wartime Internment by the Japanese” in 2011. It is about our happy lives as youngsters in the Dutch East Indies and the not so happy times spent in the Japanese concentration camps during World War II.

My grandfather, Opa Pieter Willem Ockerse, was born on June 21, 1876 at Muntok on the Island of Bangka, Indonesia. His father, Colonel Pieter Marie Ockerse, was born October 21,1835 in Wageningen, Netherlands. His two brothers and four sisters took up residence in the Dutch East Indies and he served in the Royal Netherlands East Indies Army. The settlement of Pieter Marie Ockerse in the Dutch East Indies marks the beginning of our ancestral NEI-Ockerse branch.

On or about the turn of the 19th century, Opa Ockerse began his career as a Lieutenant in the Royal Netherlands East Indies Army, during the onset of aviation. The military authorities strongly considered the introduction of aircrafts into the military. This prompted the urgent need for trained pilots. Opa Ockerse expressed interest in this, and indeed was fortunate to be among a very small group of selected officers to undergo training at an airfield in Genk, Belgium—which was the first and only place in Europe where one could train and get a pilots license.

A copy of Opa’s license and a photo of him taking off in a plane on December 6, 1912, appeared in a French newspaper article. It describes Opa successfully earning his pilots license. He was one of a very small number of aviation pioneers in the Dutch military. This bears testimony to Opa’s noteworthy accomplishment. The translated English version of the article is as follows:

At the Airfield of Genk

“Under supervision of the devout chief-pilot Paul Hanciau, lieutenant Ockerse of the Dutch Colonial Army has just brilliantly passed the three required tests for his pilot license. The commissioner of the Aero Club Liège Spa was Victor Sellingwerf. Ockerse began with the altitude test during which he was able to reach 90 meters and then descended with a magnificent glide. He immediately set out again for the first of eight series which he executed in 13’ 47” (military time), landing 7½ meters from the target.”

“No sooner had he landed, he took off again for the second series of eight which he did 12’ 12” (military time) landing at 4.5 meters from the target. A strong but constant wind prevailed during these 3 flights which turned this test into a huge effort. The newly licensed officer was warmly congratulated by the aviators and student pilots who assisted in the small ceremony: Hanciau the instructor, Hein ter Poorten, the captain of Darlang, lieutenant Spandow – all three officers in the Dutch Colonial Army – vander Poorten, student pilots, etc.”

Upon his return to the Dutch East Indies, Opa was assigned to the one and only small squadron of Glen Martin single seater Sonora bombers created at that time. In 1917, he seriously injured his leg during a crash landing that ended his career as an aviator. He was classified as permanently disabled and forced to retire at the rank of captain. Because he had to raise his three children, to make ends meet, Opa looked elsewhere for employment.

Return to the Dutch East Indies

Upon his return to the Dutch East Indies, Opa was assigned to the one and only small squadron of Glen Martin single seater Sonora bombers created at that time. In 1917, he seriously injured his leg during a crash landing that ended his career as an aviator. He was classified as permanently disabled and forced to retire at the rank of captain. Because he had to raise his three children, to make ends meet, Opa looked elsewhere for employment.

Due to his service-related disability, Opa received priority status for other government positions. This successfully landed him the position of stationmaster at Bandung, with the government railway system. However, due to the onset of the Great Depression in the early 1930’s, he was laid off and forced to retire in 1933. Oma and Opa Ockerse lived in the Dutch East Indies until his retirement in 1933. They then decided to settle in the Netherlands at The Hague.

My Relationship With Opa Ockerse

We met our Opa and Oma Ockerse after the war. We repatriated to the Netherlands and arrived in Amsterdam on May 3, 1946. Three days later, we visited Oma and Opa Ockerse. It turned out to be so extremely emotional and the memory still brings tears to my eyes. Our visit also marked thirteen years since they had last seen their eldest son—our recently deceased father Willem Fedor Pieter. Information about the circumstances surrounding our father’s death was very limited at that time and my mother had notified them by mail after the war.

Regrettably, Opa and Oma already behaved as if they had aged. While they were only in their early sixties, it was very difficult to spontaneously and freely relate to them. It was as if they had placed themselves high up on a “pedestal” and expected us to address them politely with strict dignity—in the manner they were accustomed to.

Sadly, time was just too short to get to know each other in more meaningful ways. I, for one, had been so enormously interested to learn from them via their anecdotal stories about their way of life back in the Indies. I was in awe and filled with admiration that Opa could fly airplanes! Reflecting back to the very few times we stayed with them, we had been reminded too often to behave civilly and be quiet so as not to disturb Oma or Opa. Moreover, because of our out-of-control unruly behavior (an obnoxious behavioral quality, temporarily displayed by so many former incarcerated children that gradually dissipated) was a hard pill indeed to swallow for our grandparents.

Reflections of my Opa

During my own retirement, I began to understand why Opa struck me as a very bitter man. Especially, when he so uniquely had earned a place among the elite pioneer pilots in the world (which incidentally I had just learned about in the last decade) and must have worn that label with a great deal of pride. Crash landing his fragilely constructed airplane, ended his short career as an aviator. With a disability and a financial obligation to raise his three children, Opa had to become a stationmaster at Bandung. Then to add insult to injury, the onset of the Great Depression forced him to retire prematurely at the early age of fifty-six.

It dawned on me recently, while I wrote this story, that Opa never intended to become disabled or could have prevented the onset of the Great Depression to avoid early retirement. It is clear to me now, why Opa had become so bitter as well as talked so very little about his life in the Indies. That saddens me enormously not to have been aware of this many years ago when the opportunity presented itself. They both passed away in their early seventies.

Ralph Ockerse’s book “Our Childhood in the Former Colonial Dutch East Indies – Recollections Before and During Our Wartime Internment by the Japanese” can be purchased here.

Journey of the Emanuels

Do you have an Indo grandparent and would like to share their story with The Indo Project? We welcome you to describe their journey. Submit your story!