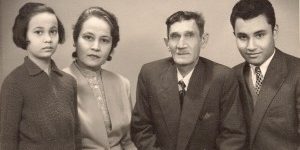 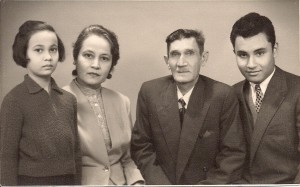 JK:  I was born in the beautiful tourist town of Malang, in East Java, the former Dutch East Indies, prior to the Japanese invasion. After struggle for independence, the country became known as Indonesia and the Dutch were expelled.

BDH:  How did you emigrate ?

JK:  As a 17-year old, I emigrated (“repatriated”) with my father, mother and sister to the Netherlands in 1956. After finishing High School and three years later completing my college education in Holland, I immigrated to the USA.  As a bachelor I flew to New York, sponsored by a church organization. From there, I traveled by train across the US to California.

BDH:  What is your citizenship ?

JK:   My citizenship is American.  I did not serve in the military in the Netherlands, a NATO country member, because of multiple deferments for studies. Therefore, I enlisted in the US Army to fulfill my military commitment, still in possession of a “green card.” After three years of service in Germany, I was honorably discharged and became a US citizen while living in Hawaii pursuing my US college degree.

BDH:  How has your Indo background influenced you life decisions?

JK: Being raised in an Indo family of Dutch/German/Indonesian descent  has definitely influenced the choices I made in life.  Some of the positive characteristics of our community is having the ability to generously share, being respectful of others and the occasional use of herbal remedies.  I have always been a rather shy and non-assuming individual.  Later in life, however, I became more assertive and often had to perform on a higher level.  When I entered college in the Netherlands prior to my father’s passing away, he said to me “Now you are a real student. Stay with it.”  I took that advice to heart and I continued my studies and eventually earned a PhD degree.  This trait is called the Indo “pukul terus” or “keep on, keeping on” mentality.

BDH:  How do you maintain connection to your Indo heritage ?

JK:  I was fortunate to marry an Indo women with a significant heritage of her own, being a descendant of the well-known Van Riemsdijk clan, a former Governor General of the Indies.  All my three children, (two boys and one girl, all married) were born in the US.  From the start, we made it a priority to visit our homeland Holland on a regular basis, at least every five years, more often for special occasions. When I was employed in Saudi Arabia in the early 80s, we visited annually. Thus, we always maintained close ties with those overseas and this has borne fruit. Both of our sons are internationally minded, one with an advanced degree in international relations/diplomacy and the other employed by a firm in Holland, married to an Indo girl, where he is in charge of dispatching staff overseas for a large firm. Our daughter lives in the US and we her visit often. We also often attended Dutch-Indo activities in California.

BDH:  What is your most favorite Indo food?

BDH:  Name the three most important things in your life.

JK:  Obviously, the family comes first.  Secondly, a career that brings satisfaction with support of the family and seeing our children succeed in life and third, a comfortable retirement with plenty of travel in the US and abroad. 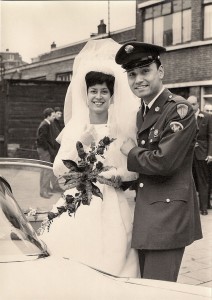 Joyce and Jan Krancher, 1-March-1965 Wedding, The Hague, The Netherlands 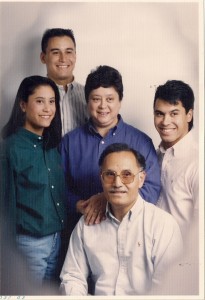