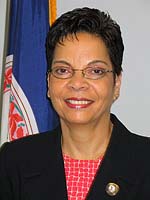 Diverse is an understatement when it comes to describing Ingrid.  An elected official who is a musician, twin, vegetarian, wife and speaks six languages,  Ingrid Morroy was a delight to interview as she shared her colorful  background.  Her Indo mother from the Dutch East Indies and Surinamese father from the Dutch West Indies were also part of a small community of other families with this Indo/Surinamese combination.  They were a tightly knit bunch who became each others’ extended family.  A truly global citizen, multilingual and multicultural Ingrid is a chameleon with lineage spanning Dutch, Chinese, African, Indonesian.

At the northern tip of South America lies the country of Suriname which was colonized by the Dutch Empire from 1667 to 1975.   It was a plantation economy and African slaves toiled the fields until abolition in 1863.  After that, indentured laborers were brought in from India, Java, and China to work the plantations.  Throughout time, these groups would intermarry creating a rich ethnic tapestry that is found today in Suriname.

Ingrid was born in Holland with a twin sister, Judith.  In 1960, the family moved to Suriname.   By boat they took the 3-week journey to the warm climate of South America.  The contrast in lifestyles between Holland and Suriname was like night and day. Facing daily discrimination in Holland she had to stand up for herself in an era where very little was known by the average Dutch person about their own colonies and its people.   Naturally, moving to Suriname was like coming home. 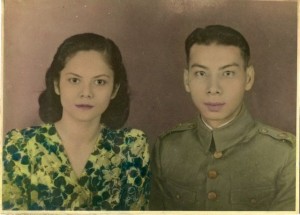 In 1975 Suriname got its independence from the Netherlands but not without its own problems.  The political situation drove Ingrid to seek emigration to the USA which was available at that time so she took the opportunity.  She has been taking advantage of opportunities ever since and today holds the position of Commissioner of Revenue for the county of Arlington, Virginia.

Ingrid’s decision to become a U.S. citizen was solidified when Suriname was taken over by a military coupe in 1980.  In January of 1985 Ingrid got her U.S. citizenship but not without emotional reflection as she swore allegiance to her newly adopted country.

Her Indo-Surinamese background has influenced her eclectic taste in music and affinity for ethnic restaurants.  Her interest in politics has its roots in Suriname as everyone there is political.  She comes from a family tradition of public service with all the males having served in the military and other branches of government.  She also had the good fortune of meeting her future husband Jerry Botland at the Surinamese Embassy – it sounds like a match made in heaven.

Not only is Ingrid a gifted politician but she is also an accomplished musician.  She and her twin sister Judith belong to a band called The Constituents which plays an eclectic style of world music.  They provide the vocals with Ingrid playing the guitar. She first played on a big Mexican guitar in Suriname.   Cleverly, Ingrid applied her musical skills into a song as part of her campaign message when running for Commissioner of Revenue.  How could one not vote for her ? 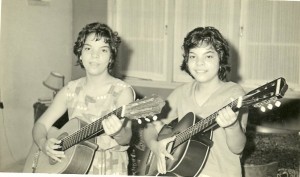 Ingrid and Judith with Guitars in Suriname

Ingrid maintains connection to her Indo roots in various ways.   She visits her favorite Indonesian restaurant in northern Virginia, Satay Sarinah.  Her sister Carmelita in Florida (born in Java) often sends her books, DVD’s and various items from her visits in the Netherlands.  A quirky tradition she has hung onto is sleeping with her Guling, a long pillow popular in Indonesia.  Also, invitations by the Indonesian Embassy and the Dutch Embassy to functions helps her maintain connection to her roots.

Ingrid’s favorite food is gado-gado with fried tempeh.  Because she is a vegetarian she eats the onion (not the shrimp) kroepoek, corn cakes, and rumpaya.

The three most important things in her life are Friends and family, Music and Politics.

Shortly before her father’s passing at the age of 90, he requested to see museums related to WWII.  He spotted an exhibit of Japanese fighter jets and Ingrid helped position his wheelchair so he could see it all.  He told her he was one of the POW’s who built the runways for these fighter jets.  He sat there for a long time reading, lost in his own private thoughts.  Ingrid never knew this about her father.

Editor’s Note:  We are interested in hearing about other elected officials of Indo background.  If you know someone please submit to info@theindoproject.org.