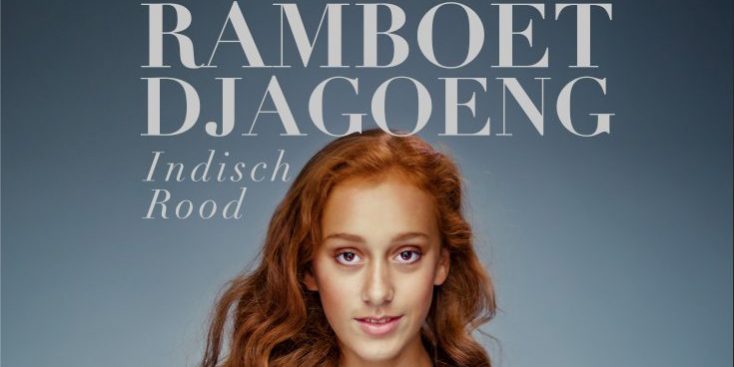 Is it possible to have flaming red hair, freckles, fair skin but also an Indo-Dutch identity? Of course it is, you will think! Well, that is, if you fully understand both the  genetics behind redheadedness and the genealogy of being Indo-Dutch. In 2020  Armando Ello and I interviewed and photographed tens of red-haired Indo-Dutch persons — to document their unique stories and physique, and to show the whole  world an example of the untold wonders of the Indo-Dutch ethnicity.

In my experience, any story about anything Indo-Dutch will be counteracted by ignorance,  if the recipients of the information have no clue about our Eurasian ethnic history. The  unparalleled complexity of our ethnic background runs through even the smallest  capillaries of our identity. To understand this, you must dive into the details of our origin.

I always liked the term “Indo-European” better than “Indo-Dutch” because it is a more  precise reflection of our ethnic background. During the course of four centuries, not only  the Dutch but also many men from other European countries ventured the former Dutch Indies in employment of the VOC, KNIL, government or plantation companies. Many of  them had begotten children by indigenous women. These women, often called ‘njai’, hailed  from all over the Dutch-Indies, which consisted of an enormous archipelago, and  transcended many tribal and racial boundaries. It is therefore oversimplified to state that  we are a mixture between just the Dutch and (Javanese) Indonesians; our ancestors came  from various European and Southeast Asian peoples. And just to step up the intricacy of  our admixture, more groups even added to the gene pool. Chinese, Indian, Arab,  Armenian, Jewish, and African individuals are also examples of peoples who contributed  to the genetic makeup of the Indo-European Eurasians. Because of the layered society of  the Dutch-Indies, the Indo-Europeans mainly married among each other, creating  supermixed descendants down the line.

Some of these offspring had a surprise hidden in the European part of their DNA, namely  a mutation to a gene called MC1R. This mutation, most common in Northwestern Europe,  causes the levels of eumelanin to be very low and those of pheomelanin to be very high. In  reality, this means your hair has a red color, your skin is fair and filled with freckles. They  even had a nickname for it in the Dutch-Indies: “ramboet djagoeng”, which literally means  “corn hair”, referring to the red color corn silk can have. Although red hair was a seldom  sight in the colony, European coloring like light eyes or blond hair, was not uncommon  among Indo-Europeans.

After the independence of Indonesia, hundreds of thousands of Indo-Europeans, who had  to leave their motherland and settled in The Netherlands or the US, had an arduous task  ahead of them. They had to ensure their families a good future in these countries. They  definitely succeeded, but the trade-off was keeping quiet about their own ethnic and  cultural background, let alone about their experiences during colonial times or the war.  Like so many stories, the tale of the redheaded Indo was forgotten…

I was born in 1979 with coppery red hair and a fair skin which never tans. So, I was not like  most other members of my Indo-Dutch family. But I never realized this until other people  started confronting me with it. Outside my family and the Indo-Dutch community, my  cultural claim was met with disbelief and ridicule. Although you grow accustomed to it, it  remains hurtful when someone disclaims your identity. My cultural identity is something  which is intrinsic to my being; it is not only a heartfelt connection, but also a factual,  heretical part of me.

My main frustration was “why”? Why would someone want to reject something so sacred as another’s identity? The only thing I could think of was: “ignorance”. And to battle this ignorance, I teamed up with my good friend Armando Ello, the acclaimed photographer, to create a worthy spin-off of his book Twijfelindo. Together, we created Ramboet Djagoeng, a beautiful book with full-page pictures of these unique redheaded Indo’s and their personal stories about the moments when their identity met their appearance. Ramboet Djagoeng is not only an attestation to the unique Indo ethnicity, but also to the authentic pride and connection the 3rd and 4th generations Dutch-Indos feel with their cultural identity. 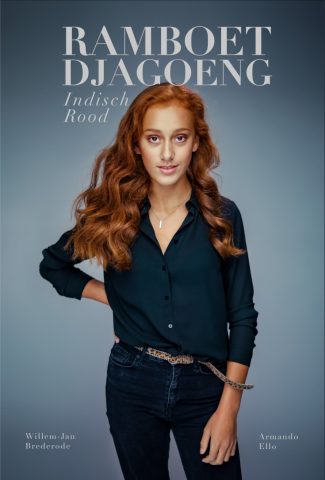 Ramboet Djagoeng is available here: www.hoezoindo.nl. But because I live in the US nowadays, I have produced a very limited hardcover edition for the US market. Please contact me if you’re interested in this beautiful book through wjbrederode@gmail.com.

Special thanks to The Indo Project  for giving Hoezo Indo this opportunity to reach out to  the Indo-Dutch community in the US, so we could present them our new book Ramboet  Djagoeng. It goes to show that the best way for Indo organizations to thrive is mutual  appreciation and cooperation.

Do you recognize the author’s authentic pride and connection with his cultural identity? Feel free to share your thoughts in the comments.