How Literature Taught Me About Indië 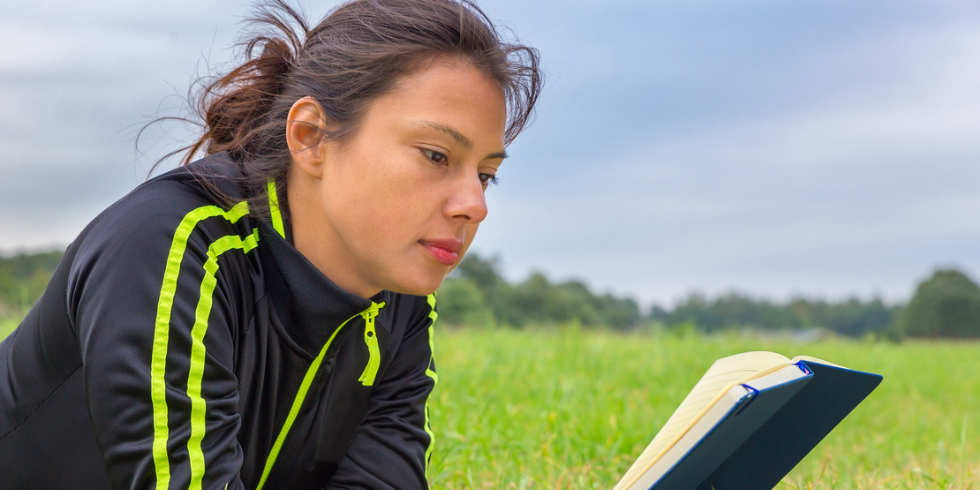 My name is Ingrid Dümpel and I was born and raised in Indië or the Dutch East Indies. Both my parents are ‘Indisch’—with paternal ancestors from the west and maternal ancestors from Indonesia. I realized what a privilege it was to have grown up there, when I started interviewing Indisch children who were born in Holland. Something is missing for me, they said.

What did they miss, I wondered. That life in the country of their Indonesian ancestors, being surrounded in the inner circle by Indisch people, their way of living and way of thinking, the use of that colloquial language, varying from correct Dutch to petjok*, a mix of Dutch and Indonesian. Thank God, Tjalie Robinson wrote one book in petjok: Ik En Bentiet.

But do they know about the other side? There were the unspoken, invisible elements: a hidden resentment or quiet resignation because, being Indisch, you didn’t get any further than halfway up on the social ladder—no matter how dutiful and eager you were. You felt this as a child and it became part of the collective memory of generations that was passed on to you as an Indisch child in the Dutch East Indies. An Indisch child often grew up in those years with the unconscious knowledge that sometimes there was a (thin) dividing line between the Indisch people (mixed-blooded) and the Dutch.

In her book Huil niet om een Belanda*, the Indisch writer Loes Nobel wrote about the Dutch boy Ruurt and the Indisch protagonist in the book who had a conversation on the playground. I translated the passage:

“You cannot come and play at my house, my mother says, because you have a brown skin.”

“Yes, you are white but you can come at my house to play.”

“Yes, but that is also not possible… my mother says.”

“Never in my life have I done that again so spontaneously, so pure and intimate. Still free from prejudice, still ignorant of irreconcilable gaps between white and brown, persistently passed on from generation to generation on both sides.”

There are elements in an Indisch childhood that are exclusively Indisch, both in literature and in reality. Until World War II broke out and changed the lives of all who lived there in that emerald belt, white and brown.

After we were reunited with our father in August 1946 we went to live in Ujung (Oedjoeng) in Surabaya, at Ten Boschweg 103.

What did my Indisch childhood look like? Let’s start with elementary school. The teacher, fresh from Holland, taught us Dutch patriotic songs like: Hollands vlag, je bent mijn glorie (Dutch flag, you are my glory).

In school we read books like Ot and Sien and Pim and Mien all based on the Netherlands:

Mien bites into an…apple. Why not, for example, in a jambu air*, which has the same qualities as an apple: fresh, juicy and you really have to bite into it. An apple was priceless for an average Indisch family.

In the fifth grade we had a reading book called Zonnebloemen (Sunflowers) (1939), compiled by K.J. Danckaerts and Diet Kramer. The preface states that it is intended for the Primary Schools in the Indies and that “the compilers have thought of the special requirements that must be placed on a reading book in this country”. That is why there were subjects such as the Krakatau and the Rafflesia in addition to fairy tales and a story that takes place on Texel, a Dutch island. So, Zonnebloemen was a favorable exception in terms of subjects.

At the concordante* HBS the lessons were still strongly focused on the Netherlands, even ten years after the war. A Rhine barge (Rijn aak) sails on the River Rhine. Prompting a classmate to ask: “And what if it was on the River Tjiliwung?”

Mère Veronique was our teacher for Dutch language and literature. When she announced one day that we were going to cover the poem De Akelei* the next lesson, classmate Els immediately raised her finger and asked what that was.

“A flower”, explained Mère and showed us a picture.

And, turning round to us she said: “Yes, why not a poem about a melati*”.

After the war, the Indies was not immediately Indonesia. My Indisch childhood took place during this transition from the Dutch East Indies to Indonesia. I was both spectator and participant. Looking back I can say that I lived in the dying days of tempo doeloe*. It still seemed to be like before the war—with Dutch people around you, with Dutch spoken on the street, on the radio, and in the shops. Yes, Indië had become Indonesia on August 17, 1945, but it was not visible yet. The transformation started with the disappearance of the Dutch and the Dutch language from everyday life and on the streets.

Then, on December 5, 1957 (Black Sinterklaas), it was forbidden to speak Dutch in public. Many concordant schools were closed and Bahasa Indonesia* became the official language. On the radio you heard: Inilah Radio Republik Indonesia dengan warta berita*.

When the situation during this transition period became increasingly grim, the exodus of Dutch and Indisch people began. Actually, Indisch people were advised to opt for the Indonesian citizenship (Warga Negara*). Many did that. Others went to New Guinea or repatriated to a homeland they did not know, for the sake of the children.

My father chose to become Warga Negara and instead of going to Holland we sailed to Makassar with the SS Tjiluwah. On that ship we met a Dutch missionary family on their way to Manado. One of the daughters was my age and she lent me a book: Ams’ongeweten afscheid*. It was about a Dutch girl in Indonesia before WWII. There I read for the first time about the Japanese and about the war. I remembered fragments of conversations between my parents and uncles and aunts. Words like Japanese internment and prisoner-of-war.

All that faded into the background when I found out that there was no HBS in Makassar and that I had to switch to the SMA, the Sekolah Menengah Atas*, where Bahasa Indonesia was the language of instruction. That was a bit different from the Indonesian you spoke to the servants or on the street every day. I cried on the inside for a long time when I thought of the HBS door that was slammed in my face.

Now, in addition to French, English and German, I also learned Bahasa Kawi (Old Javanese) and Indonesian art history and literature, both completely new for me. I remember a poem by Chairil Anwar Aku*. The first lines are:

If my time has come
I don’t want anyone to beg
Not even you
I don’t need that sniveling!

I was full of dreams that inspired me to learn another language. With my dictionary in hand, I passed all of my courses.

It was a nun’s school and we had students with different faiths. We respectfully celebrated Christmas, Lebaran, and Chinese New Year together. After a while I noticed something had changed. I was no longer an Indisch meisje*, but somebody with Dutch roots. Every Saturday morning (then we had lessons till 11am instead of 1pm) the Indonesian flag was hoisted while we sang the national anthem Indonesia Raya. One of my teachers always put me in the front row, because he wanted to see me sing along with the others. Dressed in the school uniform Soekarno had introduced for all schools in Indonesia, I sang, mouth wide open. I actually liked singing and I liked to sing Indonesia Raya. Up to this day I have the urge to stand up when I hear the Indonesian national anthem—and feel emotional.

Decades later I realized that all this had been a blessing in disguise. The SMA was like a small multi-cultural society; you learned to deal with all kinds of differences at a young age. And I still speak Indonesian fluently.

Makassar, on the island of Sulawesi (formerly Celebes), was different from the other places we had lived on Java. The people were outspoken, sometimes hot-tempered (oh yes…), but also cheerful and warm. Everyone spoke with loud voices. In the beginning my mother used to think they were quarreling, but no they were just chatting—in a language we did not understand. I picked up a few words in the course of time, but I regret not having tried harder to learn the Makassar language.

A Dutch family left us a pile of books, when they went to Holland. One of them was De Gouden Kris*.

With the description of the environment, you are drawn into the story that took place at the end of the 19th century on the island of Sulawesi. It is the story of the Buginese nobleman, Daëng Pabele, regarded by the Dutch as a highwayman. He does not wish to bow to colonial rule. There is the orphan La Ballo, who is raised by his uncle Aru Lipa, the owner of a gold kris. La Ballo is torn between loyalty to Dutch authority and the proud family tradition of independence.

Urged after reading this book I took trips with school friends to places outside Makassar like Goa-Tallo, Sungguminasa, and the Barombong Falls.

I missed my Dutch books. Thank God, the nuns and the priests had a modest collection of books. That is how I discovered The Diary of Anne Frank. I was confused and shocked. I talked about it with a priest and he told me about the German occupation in Holland. Who could have imagined that only a few years later I would see a lot of what I read about with my own eyes?

It was not all roses in those days. So, what makes us immediately put on our rose-colored glasses when it comes to our youth we spent in the Indies? Despite the enforced farewell, the bitter and fond memories that lie there? Despite the fact that sometimes there are hardly any tangible memories? Is it because those memories are so very much mixed with emotion?

I regretted when my secondary school days were over. But university was waiting…

The translation of the book excerpts is by Ingrid Dümpel.