How did Eddie van Halen’s parents come to America? 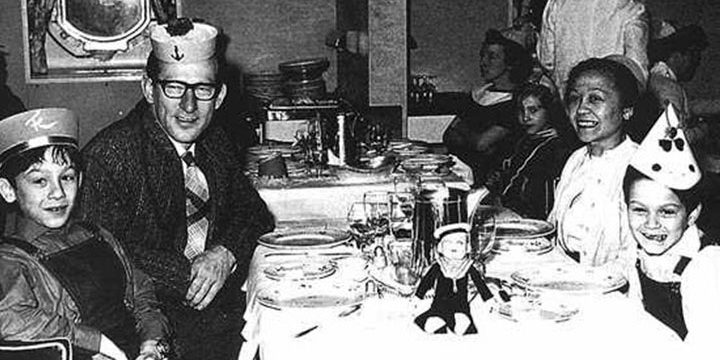 Eddie Van Halen, the legendary musician of Indo Dutch descent passed away on October 6th. He was 65. This news was announced by his son, Wolfgang: “I can’t believe I’m having to write this but my father, Edward Lodewijk Van Halen, has lost his long and arduous battle with cancer this morning,” he said on Twitter.

Eddie Van Halen was born in Amsterdam on Jan. 26, 1955. He studied classical piano. After switching to guitar, he and his brother, Alex, who took up the drums, formed bands that would eventually become, in the 70s, the hard-rock band Van Halen. Eddie’s explosive riffs and solos would make Van Halen one of the biggest rock acts for decades.

Eddie and Alex’s mother, Eugenia van Beers, was Indo-European, a citizen of the Kingdom of the Netherlands by birth. Following the independence of and creation of the Republic of Indonesia she left the country and settled in the Netherlands with her husband.

During the 1950s the United States passed two new immigration acts which allowed refugees to apply to immigrate to the US. The 1953 Refugee Relief Act provided an opportunity for people like the Van Halen family to immigrate even though all of the family members weren’t born in Europe. Prior to this time Dutch citizens born in the former Dutch East Indies were not eligible even if they could meet the acts other requirements.

The van Halen family settled in Pasadena and their sons started their worldwide music career from there. Suppose, the family had been rejected to move to US? Would Eddie and Alex have conquered the world from the Netherlands? Like the Dutch band Golden Earring with their nr. 1 hit Radar Love?  We will never know. Let’s just be grateful that Senator John Pastore and Representative Francis Walter made a one-off exception and allowed 10.000 Dutch people of color into US. We will keep listening for ever to Eddie van Halen.