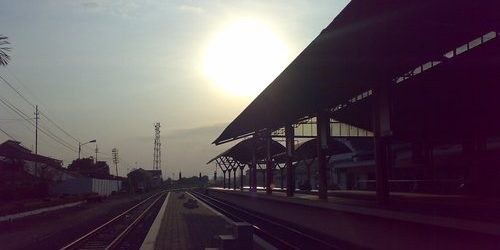 There was a lot of confusion in our neighborhood about what we were supposed to do. My grandpa went throughout the neighborhood to ask if people wanted to evacuate. Two families agreed to go; our next door neighbor Mr. and Mrs. Schwab and their daughter Ilse, and Mrs. Folkeringa and her four kids, her husband was a teacher but was drafted in the Navy. Grandpa decided let us go to his house in the mountains in Nongkojajar where we would be safe for the time being. We packed the necessary stuff and we left the next day. Grandpa stayed behind to take care of the houses.

Grandma, her sister, my mom, my sister and I and the family Schwab went by train and Mrs. Folkeringa and the four kids went by taxi. The railway station was crowded everybody was trying to get away. At one moment I was lost I and did not know that my group was already in the train. Mr. Schwab spotted me and he came out and pushed me through an open window in the train where I sat with my legs bent against my chest for four hours next to a 50-lb sack of rice. We left around 6:00 pm and after several stops we arrived in Malang from where we had to take a taxi to Nongkojajar. The trip takes longer by train than by car because of the many stops it had to make.

When we arrived at the house, the Folkeringa’s were already there. Grandpa had a houseboy named Mann who took care of the yard and a maid who cooked and took care of the house when nobody was staying there. The house consisted of a living room, a large family room, three bedrooms, an office area that could be used as a bedroom, a kitchen, storage room, two servants quarters, a bathroom and a gigantic garage where you could easily park 6 VW beetles. Mann already took care of the Folkeringa’s but there were thirteen of us, so us kids found every available sofa or chair we could sleep on because it was only for one night. Fortunately there were enough blankets because the temperatures at night in March is 55F degrees or lower. The next morning the cook made us scrambled eggs and steamed rice for breakfast which was an unusual breakfast but we were thankful and ate it because we were famished. That next day the women went grocery shopping while Mr. Schwab and Mann went looking for beds to put in the garage. The office space was also used as a bedroom by putting the sofas in there. That night everybody had his own place to sleep.  The family Schwab in the garage, both grandmas in one room, Mrs. Folkeringa and her youngest son Rene who was four years old in one room, her three girls in the office space and mom, my sister Meis and I in the last room. 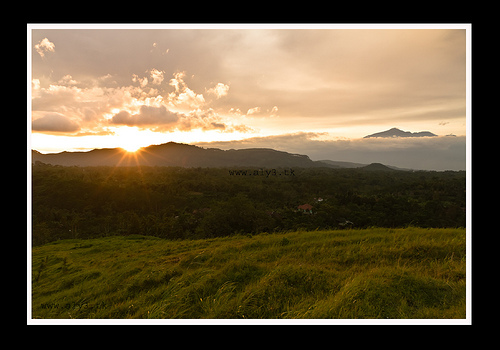 During our stay in Nongkojarjar us kids had a great time not thinking about the war. We use to play hide and seek in that big yard. One day we almost lost Rene because the yard was made of different sections. Around the house the yard was flat, it had flowers, fruit trees, a strawberry and a raspberry patch. The left side of the yard was slightly higher and it had lemon, orange and cherry trees. The back yard which was the biggest part goes down to the coffee plantation and a small corn field and ended up in a forest which monkeys and luwaks lived. Grandpa told us that the monkeys use to steal the corn and when grandpa chased them away they ran with the corn into the forest up a tree and screamed and made faces at him. He thought it was kind of funny and he never harmed them.

Editor’s Note:  This is an excerpt from Frans Krajenbrink’s manuscript of his biography.