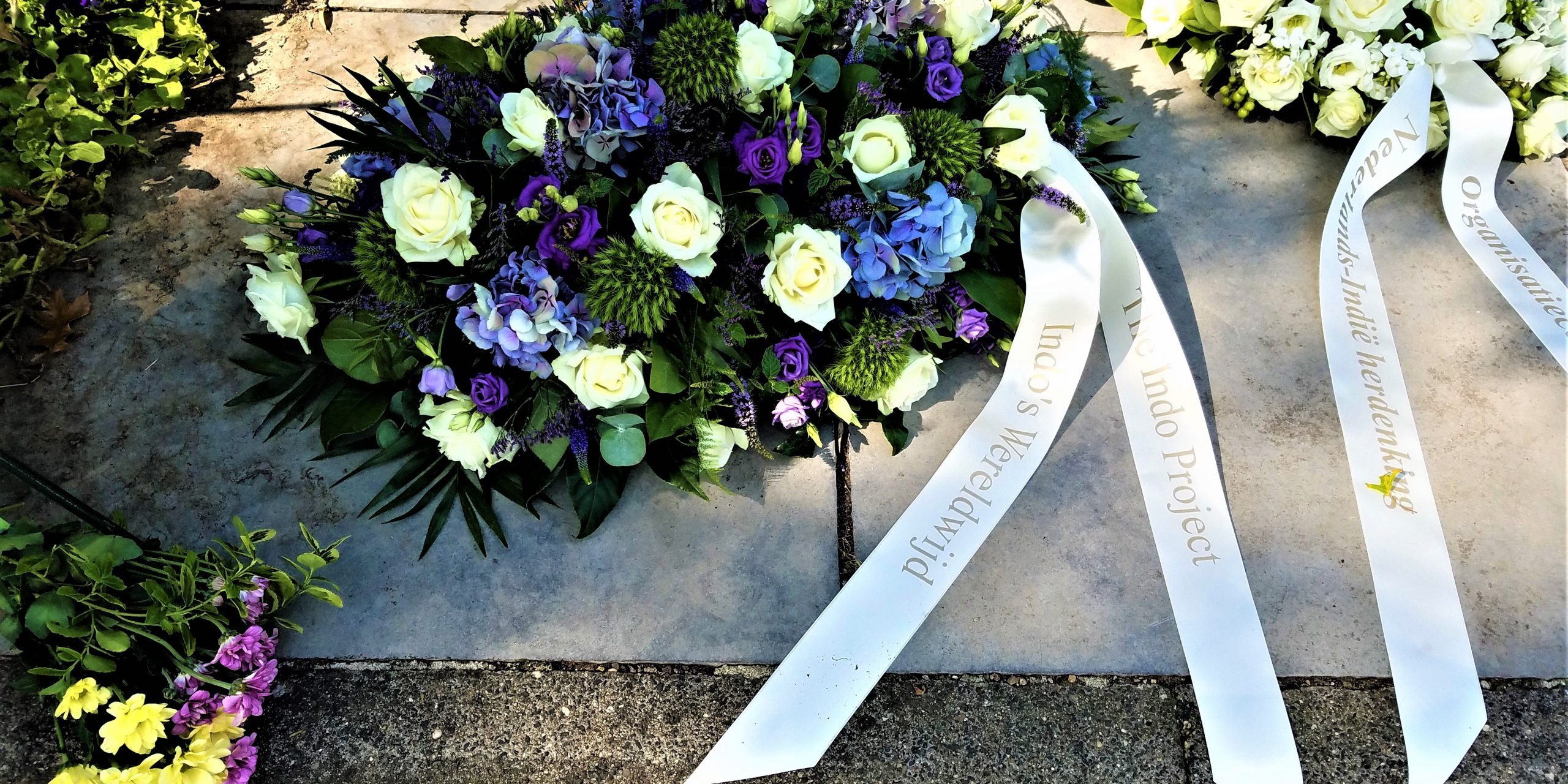 As I mentioned in my previous article on the 15 August Herdenking held at De Dam, I cannot believe it has only been 5 weeks ago Herdenkingen ceremonies were held the Netherlands.

Because, we outside of the Netherlands, had to cancel many of our own Herdenkingen, I especially wanted to share with you some of the commemorations, such as the 75th Anniversary Herdenking at De Dam in Amsterdam and in Hilversum. Due to the Covid-19 pandemic, attendance at these commemorations were restricted and most only by invitation.

Right after attending the Herdenking commemoration at De Dam in the morning, I left for the commemoration at the Noorderbegraafplaats Cemetery in Hilversum where Hetty Naaijkens Retel Helmrich, the renowned Dutch filmmaker, was a featured speaker.  She and Barry Roggeveen, Chairman Comité Herdenking Nederlands-Indië Gooi en Vechtstreek, were kind enough to invite me to attend this commemoration.  Since Hilversum was where my family “landed” in a “contract pension” after leaving the Dutch East Indies, this invitation held a special meaning for me.

It was an honor to present the memorial flower arrangement on behalf of The Indo Project and all of you, Indos Worldwide.  And…it was a privilege to do so surrounded by respected guests such as Hilversum’s Burgemeester Pieter Broertjes, Burgemeester Ter Heegde on behalf of Gemeente Gooise Meren, Fred Pangemanan, singer Annet Hesterman, representatives of the Netherlands Military sector and, of course, Hetty Naaijkens Retel Helmrich and Barry Roggeveen on this special occasion.

For all who died during the Japanese camps and the Bersiap period.

And for who still live with the consequences thereof