FROM STOWAWAY TO NAVAL CADET. 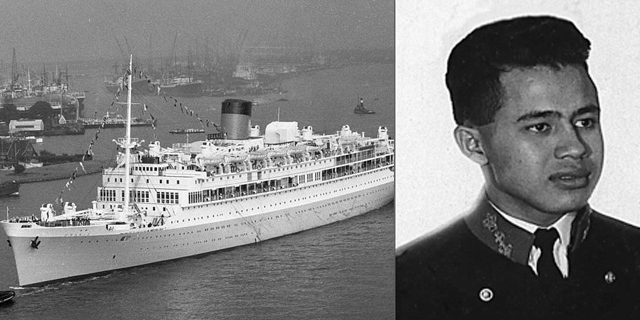 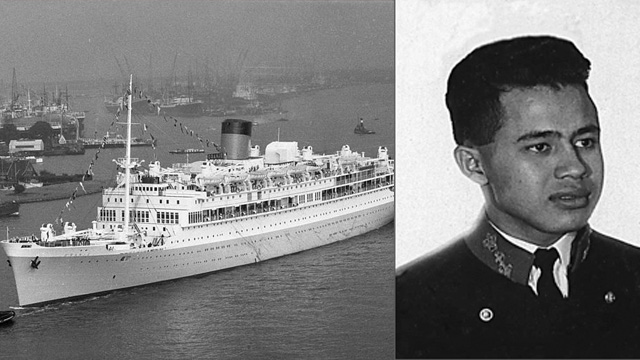 In the period of 1957-1958, a major migration of Dutch Indonesians from Indonesia to the Netherlands took place.  The major cause for this was the worsening political climate for the Dutch and Dutch Indonesians living in Indonesia primarily orchestrated by the first president Sukarno who felt that the Dutch still had political power in Indonesia after the turnover of sovereignty to the Indonesians but insisting on keeping West Papua where the exploration of its resources were still being done by Dutch companies like BPM, Shell, Banka-Biliton, etc. Sukarno nationalized all these companies, closed Dutch language schools and intimidated those Dutch Indonesians who did not choose Indonesian nationality. Many did so out of fear and thinking this would improve their living conditions but it did not and they later regretted that decision.

Curiously, this method of traveling clandestine to the Netherlands was not new because I and a few others were considered the trailblazers of this phenomenon.

I consider myself to be one of those first stowaways when in December 1953, I decided to hide on board of the MS Oranje, bound for Amsterdam. While I had a Dutch passport and was eligible for free passage to the Netherlands, I decided to be a stowaway even though the situation  in 1953 for Dutch Indonesians was not that bad yet and my mothers and brothers and sisters had not made that decision yet.

My decision was solely based on my desire to continue my Dutch education.  At that time Dutch language schools in Indonesia had turned into expensive private schools and my mother with her meager widow’s pension could not afford my tuition and I was transferred to a lower level secondary school which cost less. I was 16 then and attended the second grade of the secondary school. I was too old to be in that grade but this was because I entered the school system at age 10 as a result of WWII and the Indonesian Revolutionary war. We all entered a crash primary school system and despite all my previous setbacks, I was able to pass the entrance exam for the Lyceum, a preparatory university secondary school.

Three months before I had planned to travel as a stowaway, two young men were caught trying to do the same and were sent back to Jakarta, their port of departure. But this did not deter me from trying it too.  I knew I had to prepare my plans with the greatest care. I had to hide on the ship long enough to pass through Indonesian territorial waters and, if caught, had to have all the necessary documents. I made sure I had my current Dutch passport, my latest school report with good grades and a police affidavit of good standing and no criminal record.

Through information I acquired, I knew I had to stay hidden for at least four days until the ship was outside Indonesian territorial waters so that they could not send me back.  I needed a floor plan of the ship which was available at a local travel agency where a family friend was working as a clerk by the name of Lodewijks. In order not to create suspicion of my plan, I had to come up with the lie that I needed it for a show-and-tell assignment at school. This trick had worked for me before when I requested a free factory tour at the Wybert cough lozenges factory in Bandung just to get a free big box of the famous couch lozenges.

As a backup plan, I befriended a Dutch Indonesian sergeant of the Dutch Military Mission transportation department who was also leaving for the Netherlands on the same ship. I asked him if he was willing to hide me in his “hut” (cabin) onboard as soon as I got on the ship. He said yes, probably thinking that there was no way I could possibly enter the ship.

From local newspapers announcements, I was able to determine the departure date of the ship. Two days before, I was able to hitch a ride from Bandung to Jakarta on a transport truck owned by the company where my older brother was working. In Jakarta a worker of the same company who works at the harbor was able to get me a pass to get to the ship. At the day of departure, there was quite a big crowd of people with all kind of luggage ready to board. I had nothing on me except for what I had on. In order not to attract attention to myself, I offered to help an old lady, who happened to be an acquaintance of my mother. Her name was mevrouw Schaverbeek. She gladly accepted my help and so I entered the ship carrying her luggage, pretending I was one of the paying passengers.

Based on what I memorized from the ship’s plan, I was able to find a hiding place where I intended to hide for the next four days. But I found out that as soon as the ship was in open waters, it was easy to pretend that I was one of the passengers and joined groups of young people during the daytime hours. But yet, I did not completely feel secure. Luckily, I was able to locate the sergeant who was, of course, surprised to see me but he kept his promise and hid me for a few days in his cabin and I slept under his bed. He also fed me.  On the fourth day, he told me that we passed the last Indonesian port of Belawan and he made me promise that I never divulge his name, no matter what.

He made sure that nobody was in the hallway when I slipped out his cabin.  I asked the first crew member I met in the hallway for the way to the Captain’s cabin. I was surprised by the laconic reaction of Captain Lasche, possibly because I had all the required documents with me. I will never forget his name. He called the Chief Boatswain and I was assigned to his crew of deckhands. Never having done manual labor, I found the work physical and hard. The crew accepted me right away as one of them. Not so easy was the head purser of the ship, the bean counter, who wanted to know who helped me on board and subjected me to a stern interrogation. I kept my mouth shut as promised to the sergeant.

I saw this sergeant, who hid me in his cabin, one more time at arrival in Amsterdam where, in the ship’s dining room,  I was  interrogated by the Marechausee, the Dutch immigration police. He appeared for a brief moment in the door opening and threw a neutral glance at me as if he wanted to remind me of our agreement. I winked at him indicating everything was OK. I understood his concern, being in the military and having been involved in an illegal act. And, up to today, 60 years later, I have never been able to locate this sergeant. I can’t recall his name and possibly erased it from my sub consciousness out of fear that I would divulge it at an interrogation. What I only remember is that he was the transportation officer of the motor pool of the NMM (Netherlands Military Mission) in 1953 on the Riouw straat in Bandung.  His last residence was close to the “Vijfsprong” in Bandung, in the vicinity of the tank brigade camp.  His young wife was of Menadonese descent and was expecting a baby in 1954.  She was 2-3 months pregnant while on board because I had to endure her constant throwing up in the cramped cabin. His military destination was Brabant in South Netherlands.  He may have stayed in the Netherlands or emigrated to the US, Canada or Australia.  I hope one of his children or family member reads this and recognizes the story.  But I’m afraid that he might have kept it a secret.

From the ship, I was transferred to the Police Station on the Overtoom in Amsterdam where my uncle, who was notified of my arrival, picked me up. I stayed six months at my uncle’s place in Maurik where he registered me at the HBS ( High school) in the town of Tiel. I could get along very well with my uncle and he admired my guts, preparation, and ingenuity to travel as a stow-away in order to continue my education.  He especially seemed to enjoy tutoring me in math and geometry because those were the tools of his profession working for the  former Dutch Indies Topographical Service.

Sadly, late that spring, my uncle died of a heart attack.  My relationship with my aunt was never good; it could have been that she was jealous that my uncle and I spent so much time together. One late afternoon, it came to a blow out when she pushed me against a burning stove. That evening, I left the house and rode to Tiel with my suitcase on the back of my bicycle. On the road, I met my math teacher who was wondering where I was going so late in the day with a suitcase on my luggage rack. I explained to him the situation.  He did not say much except for wishing me good luck. When he got home, he called the Tiel Police who searched for me. It was not until the next morning that they located me and I was transported to the Orphanage Neerbosch close to the town of Nijmegen. They could do that because I was still a minor.  I was thinking, to myself “again?” because from the age of 10 to 15, I was also placed in an orphanage of the Salvation Army by my mother because raising 9 children by herself after the war when my father did not return was just too much.

At the orphanage, they decided my profession for me.  They placed me in the print shop to become an apprentice printer. I have nothing against the profession of printer. But that was not my choice; I wanted to continue my secondary education. So I had the audacity to write to the Ministry of Social Services in The Hague and explained my situation of why I had risked so much to come to the Netherlands to continue my Dutch secondary education. That  month, a social worker from Arnhem, Ms. Ficke, visited me  and  arranged for me to move to a Boarding School in Harderwijk to finish  my secondary education under the condition that I maintain a B plus grade average. That summer, she arranged for a math tutor, my weakest  subject.

In late summer I rode my bike with my belongings on a long scenic trip to Harderwijk. Through the Betuwe, along the Rhine river and Utrechtse Heuvelrug into the HogeVeluwe and down to the lowlands of the IJselmeer. During my trip, I noticed many estates with Indonesian names on it, indicating their connection to Indonesia. So this is how they got rich, from the Indonesian oil, tin, palm oil, rubber, teak wood, etc.

I was able to finish the Lyceum level secondary education at the boarding school.

During the great influx of Dutch Indonesian in 1957-1958, I took part in a radio program of the VPRO, BOEKA  PINTOE, Open Your Doors, to generate goodwill for the arriving Dutch Indonesians in the Netherlands.

After my final exit exam of the Lyceum, I applied for admission to the Royal Dutch Naval Academy in Den Helder. There were 1,000 applicants and only 80 were admitted. I took a huge risk in order to acquire the education that I wanted.  And, in looking back, I am truly one of the lucky ones.