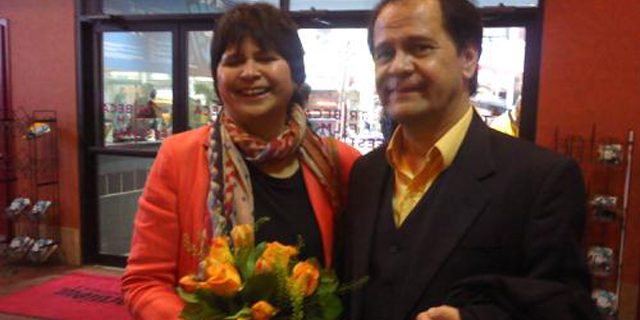 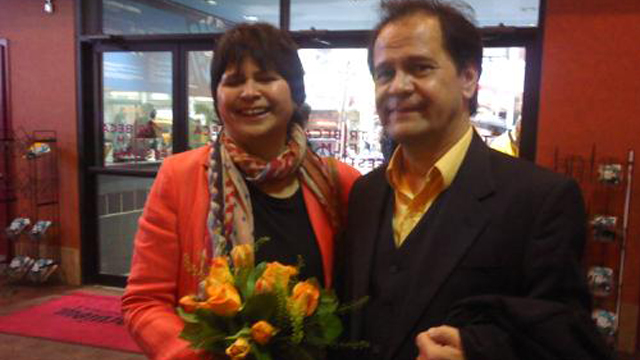 By Margaret Laurens
Dutch filmmakers Hetty Naaijkens Retel Helmrich and Leonard Retel Helmrich were in New York at the TRIBECA FILM FESTIVAL, April 18,2013 to attend the World Premiere of their first collaborative directorial effort, “RAW HERRING” (or as it is called under its Dutch title, “NIEUWE HARING”).
The film is an intimate look at several weeks in the lives of a crew of herring fishermen in Katwijk, The Netherlands. The directors take an unflinching look at the gritty, difficult quest for herring, showing it as an industry that is both iconic as a symbol of Dutch pride, and tragically dying out as the changing environment and scarcity of herring makes it increasingly unprofitable. The directors employ their trademark soaring, seemingly impossible, shots to great advantage in illustrating the hurly-burly, and even stomach-churning business of trapping, cleaning and packaging herring, all for the eminently satisfying closing shots of dedicated herring fans savoring the fresh new herring sprinkled with salt, as the crew prepare to set sail once again.
The brother and sister filmmakers, who are of Indo descent, also collaborate with Hetty’s son Jasper as editor, and are critically acclaimed for their 2001-2010 trilogy about an Indonesian family, which culminated in a showing at the Museum of Modern Art in September 2011. The last film in the trilogy, “POSITION AMONG THE STARS” received the highest honor given to international documentaries in 2011 at the Sundance Film Festival, as well as being the first two-time winner of the top prize at the International Documentary Film Festival Amsterdam.
Leonard said that this is the first film he co-directed with Hetty, his sister and long-time producer, and that finally her tremendous creative talent was being recognized, even though producing, he said, is also a very creative process.
Leonard just finished a stint as visiting professor at the NYU School of Film, and is slated next to teach at the NYU Abu Dhabi campus. Hetty’s next film, which she directed, is scheduled to be about the Buitenkampers, those people in Indonesia during World War II, mainly women and children, who, given a choice, decided not to be incarcerated in the Japanese concentration camps, and arguably faced even greater challenges on the outside.
To learn more about the work and lives of these acclaimed Indo filmmakers follow these links:
http://tribecafilm.com/festival
http://en.wikipedia.org/wiki/Hetty_Naaijkens-Retel_Helmrich
http://en.wikipedia.org/wiki/Leonard_Retel_Helmrich
http://www.nytimes.com/2011/09/11/movies/leonard-retel-helmrichs-documentaries-capture-closed-spaces.html?pagewanted=all&_r=0
Category: BlogBy EmielApril 19, 20132 Comments