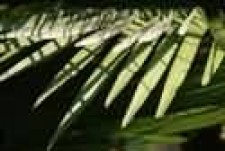 My mother was clairvoyant.  She always seemed to know things before they happened and had telling dreams.  News had penetrated Adek Camp that the Japanese had lost the war and freedom was near.  A rumor which we had heard before, but this time it seemed more believable.

Could it really be true?  A few days later, camouflaged planes flew over our prison camp with roaring engines. The planes were British! They dove out of the sky, flying low over our campgrounds where Japanese soldiers held guard, their bayonet rifles pointing at us.  The planes tossed out pamphlets which spelled out Victory…..The Japanese have capitulated… War is over! Then the planes appeared a second time, swooping out of the air, dropping parachutes with dangling boxes which split open on contact with the ground, spilling their content of cans of condensed milk, chocolate bars, medicines and other things that I could not identify as hoards of women and children swarmed onto the field falling over each other, grabbing the fallen “manna from heaven”.  The planes pulled up into the air again, returning once more to fly over the mass of human bodies, fighting over the food they had dropped.  The Japanese prison guards looked up at the swooping planes and paid no attention to what happened on the ground.

My mother grabbed my arm. “Don’t go there” she said. “Follow me!”

I did what I was told.  I followed my mother and my older sister.  They both seemed to know just where they were going.  They ran fast.  I tried to keep up with them. My short legs barely kept pace with their long strides.  They headed to the “vegetable patch”, the vegetable garden reserved only for the Japanese soldiers where my sister worked during the day, all day, in the hot equatorial sun.  My sister opened the gate that was left unlocked.  I noticed that the hasp that was always locked, hung loose from its hinge.  I was out of breath. I had asthma.  An older woman joined us. She walked with a limp.  No one spoke a word.  I knew this was a matter of life and death….. this was an escape!

What followed is like a dream.  We ran across the muddy channels of the vegetable patch and stopped at the end of the bamboo wall covered with barded wire on top.  My mother got down on her knees and with my sister and the older woman they ripped off a piece of the wall which seemed to be already loose and on our bellies we crawled in the red muddy earth through the hole to the other side… the side of  FREEDOM!!!!

We faced a huge open ball field.  We had to cross it undetected by the Japanese soldiers, who stood guard in their guard houses high up in the air at each corner of the prison wall.  I looked at my mother in panic, my breath stuck in my throat, I could not talk…. I just looked at her petrified!

And then, suddenly I was alone…. They had all started to run, including the old woman with the limp, but my legs would not move… I felt as if I was stuck, frozen in the red mud.  That moment seemed eternity. Then I began to run….. my thin legs ran as if they were motorized and separate from my body.  I don’t believe that I dared breathe, my heart was pounding in my chest like a sledge hammer.  My eyes were fixed onto the road where I had seen the speck of my mother and sister disappear…. what if I’d lose them, I thought and then a terrible thing happened. I was being shot at!  Bullets pounded the earth beneath my feet.  I jumped up and down, frantically turning from left to right and I just kept on running.  I felt fragments of stone hit my calves as the bullets exploded around me.  I rolled into a ditch into muddy water and on my tummy I crawled as fast and far as I could.  I saw a house with a red tiled roof.  That had to be the house, I thought.  I was alone and shivered with fear.  I could hear the frogs croaking in the muddy ditch.  My body covered with mud I walked into the house.  I asked: “Are my mother and sister here?”  A kind voice answered: “Yes, come in, they are here”.  Greater yet was my surprise when I also saw standing there my brother and stepfather.

The train ride back to Bandung, our home town, was a harrowing one.  We had no money to buy food or water.  Our concentration camp appearance gave us away as “run away prisoners of war” and I had no shoes.  My mother said that we were going back to our house and throw out the Jap who lived in it!  That is just how it happened.  We walked onto the driveway that led to our elegant home, barefoot and clothed in shreds of cotton cloth tied around our emaciated bodies.  We stepped onto the marble floors of our living room where we surprised a high-ranking officer of the Japanese Empire and I heard my mother say: “Get out!  This is our house!” I hid behind my mother’s legs… this is exciting I thought!  Without a word the Jap got up from his luxurious chair… All the furniture was different than what we had left behind when they confiscated our home on that dreadful day when the disastrous war struck our family life.  He bowed first to my mother, then to my father, then looked my mother in the eye ….. (did I see a spark of hate in his eye???) and said in fluent Indonesian with a Japanese accent: “just give me a few moments to gather my things, then the house will be yours.”  I let out a sigh of relief. Thank God, he did not kill my mother.  The war must really be over, I thought.

That night, walking back into my own bedroom was like a dream.  There was a real bed, all made up. I had not slept in a bed for three and a half years.  I had forgotten what a sheet looked like and what a pillow felt like under my head. Visions of my grandmother, now dead, came to mind.  I felt so sad and yet so happy!  I cried in my pillow.